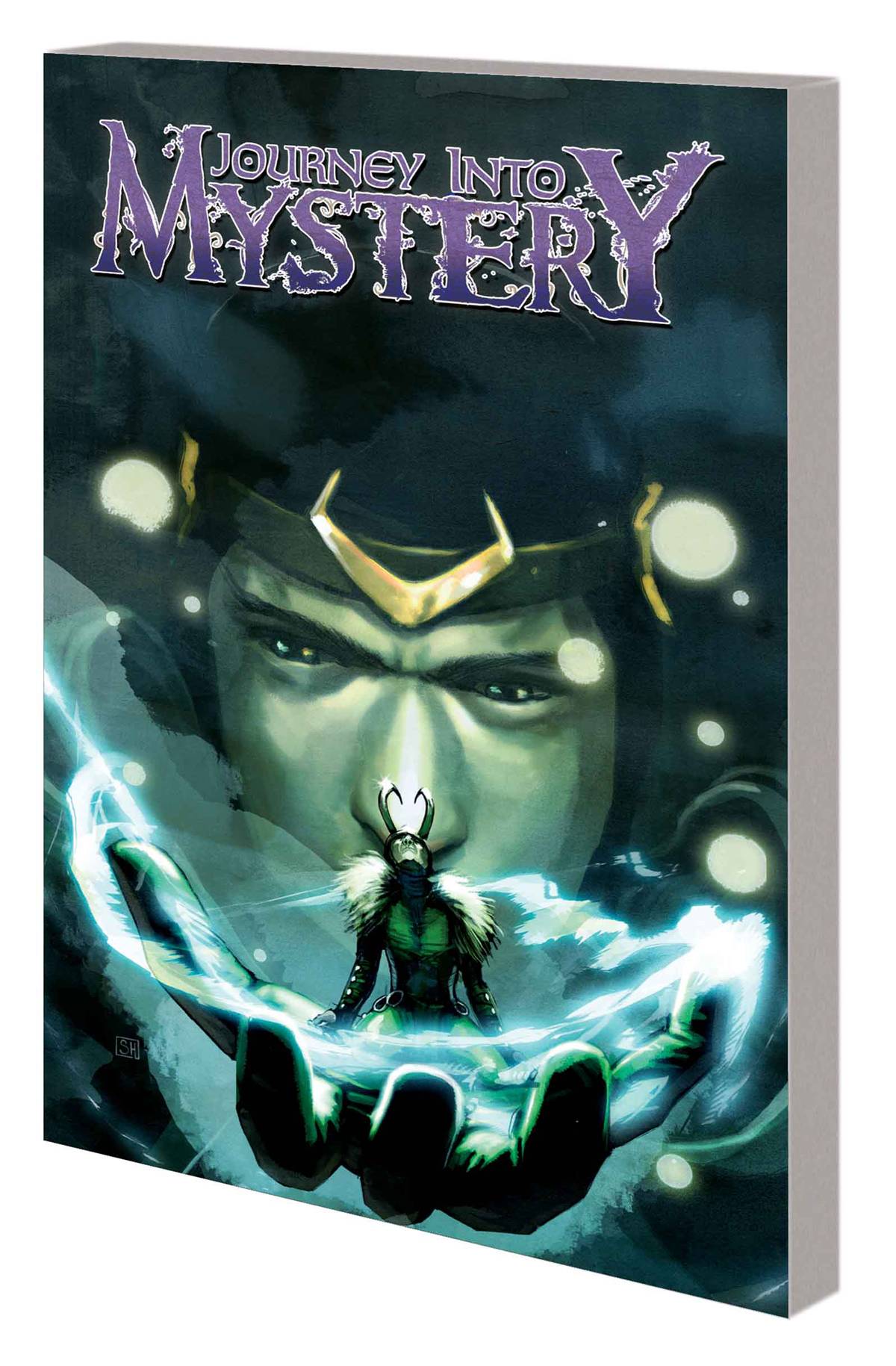 NOV130730
(W) Kieron Gillen, Robert Rodi (A) Various (CA) Stephanie Hans
Loki has been reborn as a child, but will he be Asgard's savior? FEAR ITSELF looms, and the Serpent threatens Earth! The mortals' only hope is that Thor can fulfill an ancient prophecy, but the plan is doomed to fail without help from young Loki. The former Lord of Lies' only chance of success is to use all the skills of deceit that made him so hated in his past life. But will the reborn godling find redemption - or damn himself further? And in the war's aftermath, Nightmare is gathering enough energy to rule the world - and the mother lode is inside Loki's mind. Aided by an undead handmaiden and a demon puppy, Loki will risk everything on a scheme so crazy, it could only have been hatched by a God of Mischief! Collecting JOURNEY INTO MYSTERY (1952) #622-636 and #626.1.
In Shops: Feb 19, 2014
SRP: $34.99
View All Items In This Series
ORDER WISH LIST