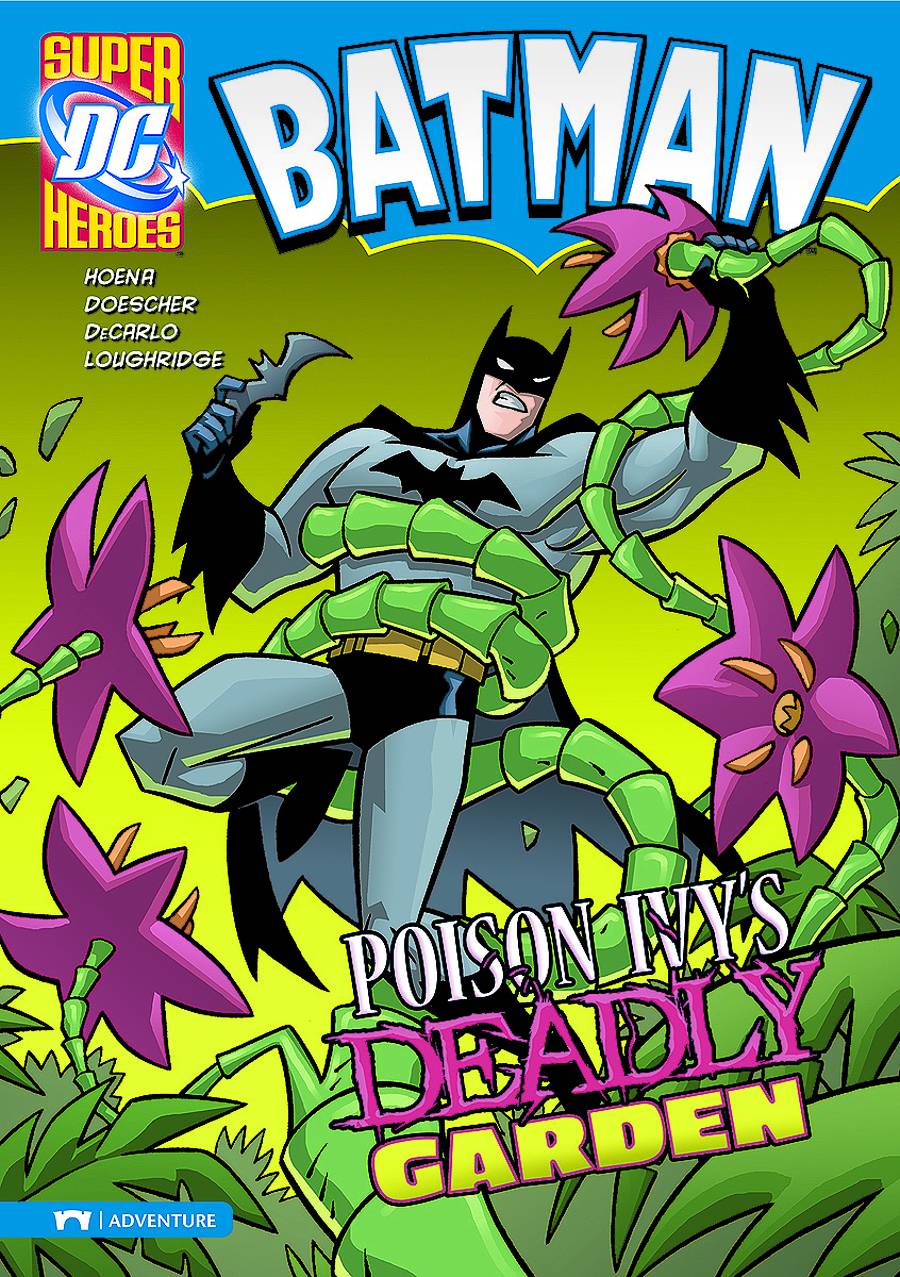 #
NOV121445
(W) Blake A. Hoena (A) Mike DeCarlo (A/CA) Eric Doescher
When animals and people begin to disappear in one of Gotham City's parks, Batman suspects that the deadly Poison Ivy and her creepy plants are at work again. But the green villainess is locked behind bars. Batman goes to investigate, and just in the nick of time. When he arrives at the park, he sees a police officer dragged into the depths of the sewer system. The officer was pulled there by living vines!
In Shops: Jan 09, 2013
SRP: $4.95
View All Items In This Series