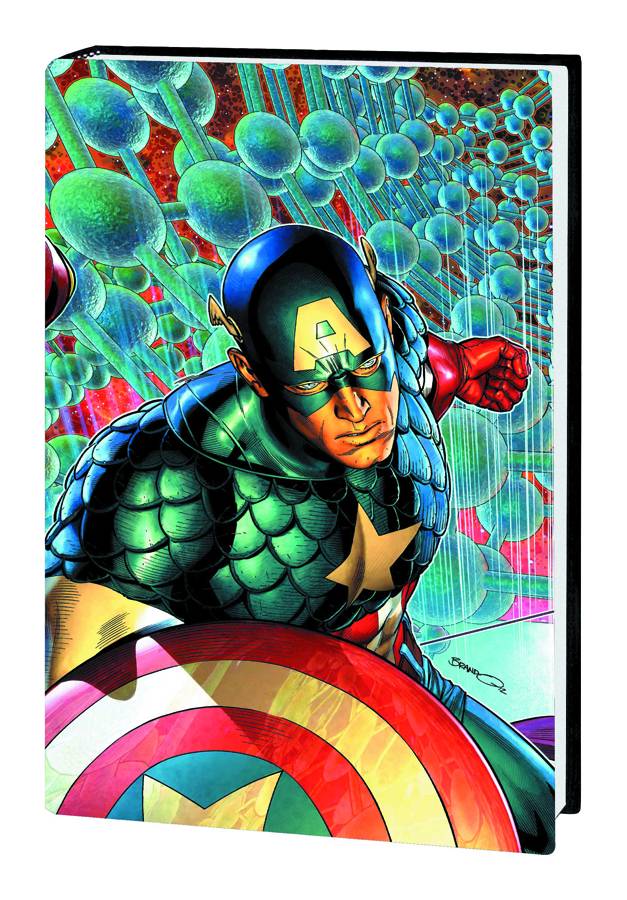 #
NOV120765
(W) Brian Michael Bendis (A) Various (CA) Brandon Peterson
It's the final explosive story arc for longtime Avengers writer Brian Michael Bendis! Tony Stark intercepts a signal that may lead the Avengers into the arms of one of their dearest friends - or their greatest enemies. Two classic Avengers return for the first time in years as a giant status-quo shift looms on the horizon. Earth's Mightiest Heroes must come to terms with themselves as a team and a family, but does this modern world really need the Avengers? One of the most controversial and spectacular eras of the Avengers comes to a spectacular and controversial conclusion! Plus: Wonder Man doesn't think the Avengers are helping the world, and he's willing to do whatever is needed to stop them -. even forming his own team, the Revengers! Collecting AVENGERS (2010) #31-34, NEW AVENGERS ANNUAL (2011) #1 and AVENGERS ANNUAL (2012) #1.
In Shops: Feb 20, 2013
SRP: $29.99
View All Items In This Series
ORDER WISH LIST