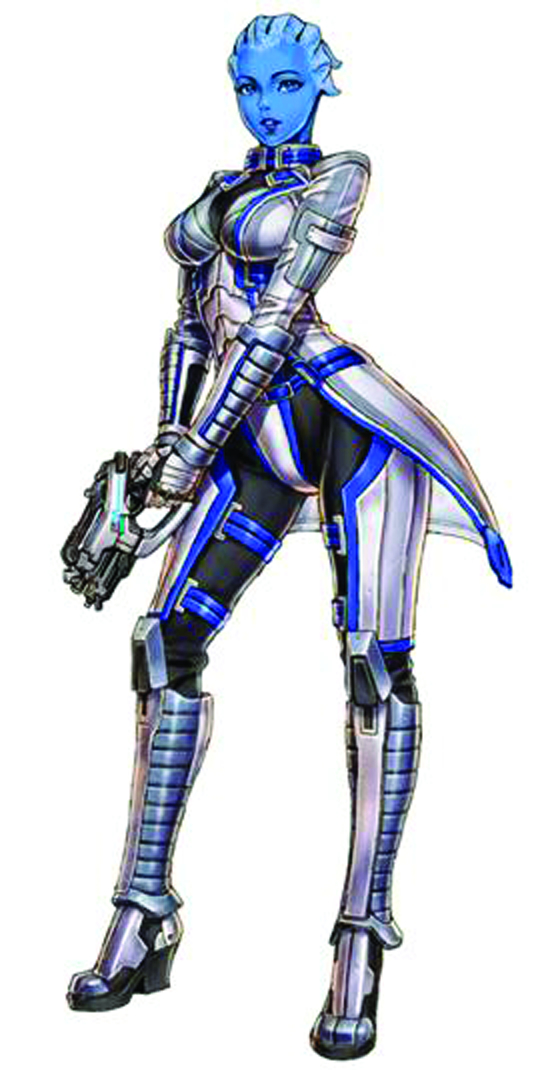 NOV111613
A KOTOBUKIYA Japanese Import! Kotobukiya proudly presents their first statue from the wildly popular Mass Effect series: Liara T'Soni. As an Asari, a race with no specific gender who appear female by human standards, Liara is the first non-specifically female to be added to the Bishoujo line. Beautiful and dangerous, Liara stands with a Phalanx at the ready and a folded M-3 Predator holstered at the hip. Liara's blue skin and alien features provide a striking contrast with many of the previous Bishoujo statues. Stay tuned for more characters based on the Mass Effect games!