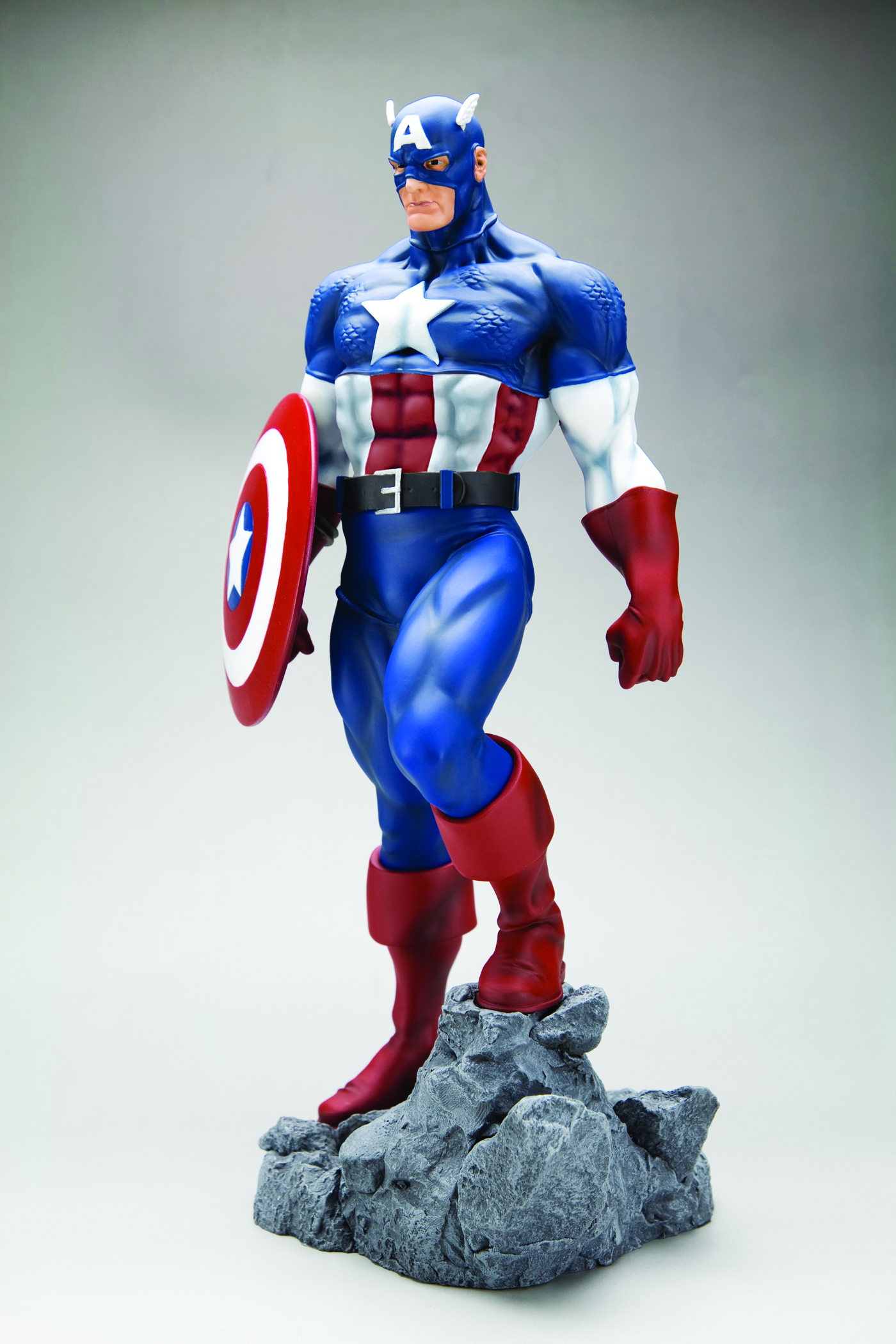 NOV111607
A KOTOBUKIYA Japanese import! Created in 1941 by Joe Simon and Jack Kirby to represent the opposition to Nazi Germany, CAPTAIN AMERICA combined superhero stories with patriotism and the fight against oppression in the world. Captain America stands tall as a symbol of freedom and democracy , ever vigilant in the face of opposition. Captain America makes for a truly imposing and heroic image, and it's made even better by offering you a choice in how you want to display him. Included with the statue are two heads so your Cap can wear his cowl or go bare-headed as Steve Rogers! The classic Captain America stands a stately 15 inches tall (1/6 scale). His rocky terrain base matches those on the other upcoming Classic Avengers: the previously released Thor and the upcoming Iron Man!  Collect your classic Avengers team just in time for the new film.