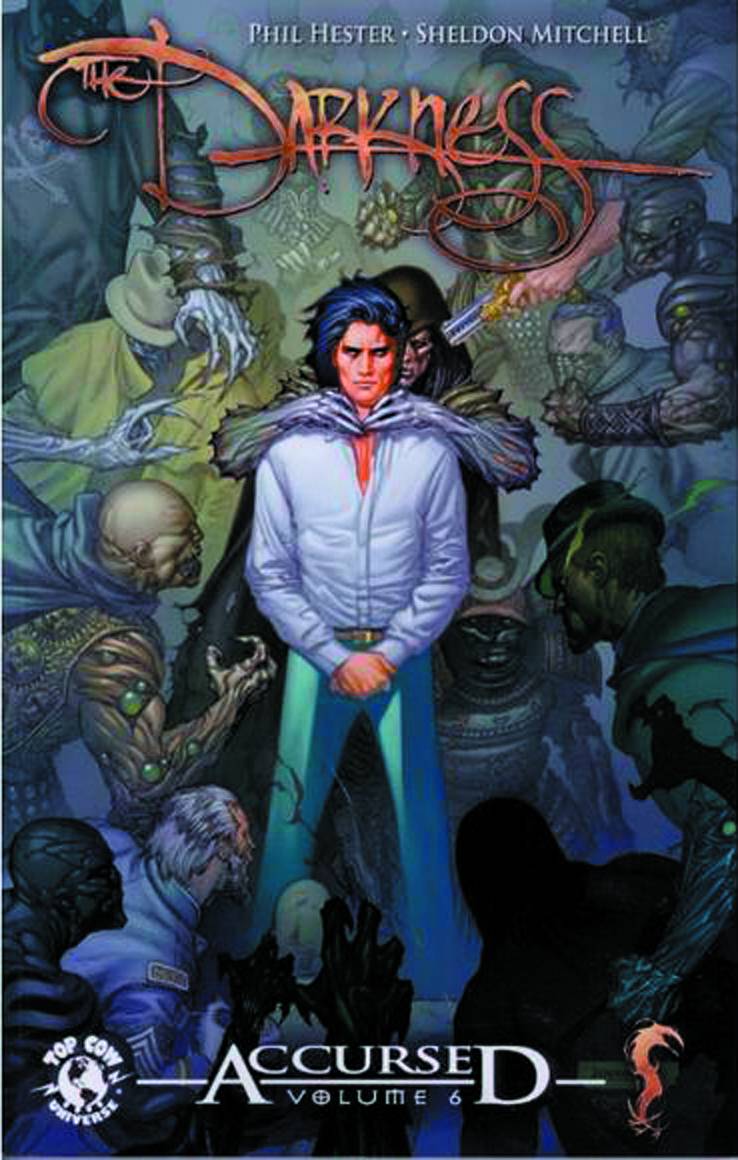 OUTER DARKNESS!
In one of the most explosive THE DARKNESS arcs yet, longtime writer PHIL HESTER (WONDER WOMAN, GODZILLA) and artist SHELDON MITCHELL (PILOT SEASON: STEALTH) push Jackie Estacado, current bearer of the Darkness, to the brink. Having defeated his enemy, The Sovereign, Estacado had hoped to settle into a quiet, peaceful life in Chicago. But a series of attempts on his life, set him on a path that reunites him with old friends, allies and enemies. However, Jackie soon finds that the most dangerous enemies don't come from outside, but rather, from within...