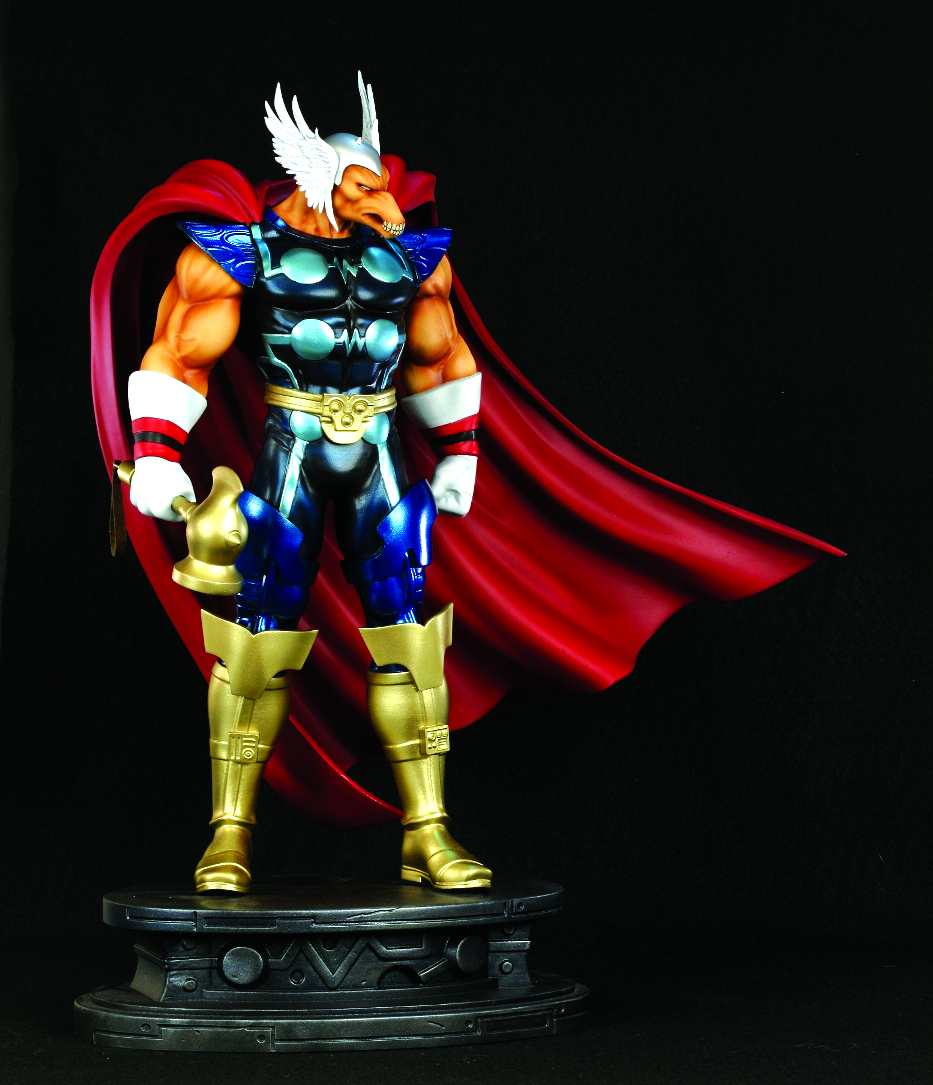 NOV101532
A Bowen Designs Sculpt! On the Korbinite homeworld, one of their greatest warriors was subjected to tests and torments to judge his suitability to become their champion and protect them as they fled from the alien scourge that threatened them. He was Beta Ray Bill, and in a battle with the Norse god Thor he separated Thor from his enchanted hammer Mjolnir and took it up himself, becoming imbued with the powers of Thor! After a challenge by Odin, Beta Ray Bill was given his own enchanted hammer - Stormbreaker - and he became Thor's oath-brother and the hero his Korbinite people needed. This 16" tall statue, sculpted by Jason Smith, brings to life Walt Simonson's cosmic equine hero.