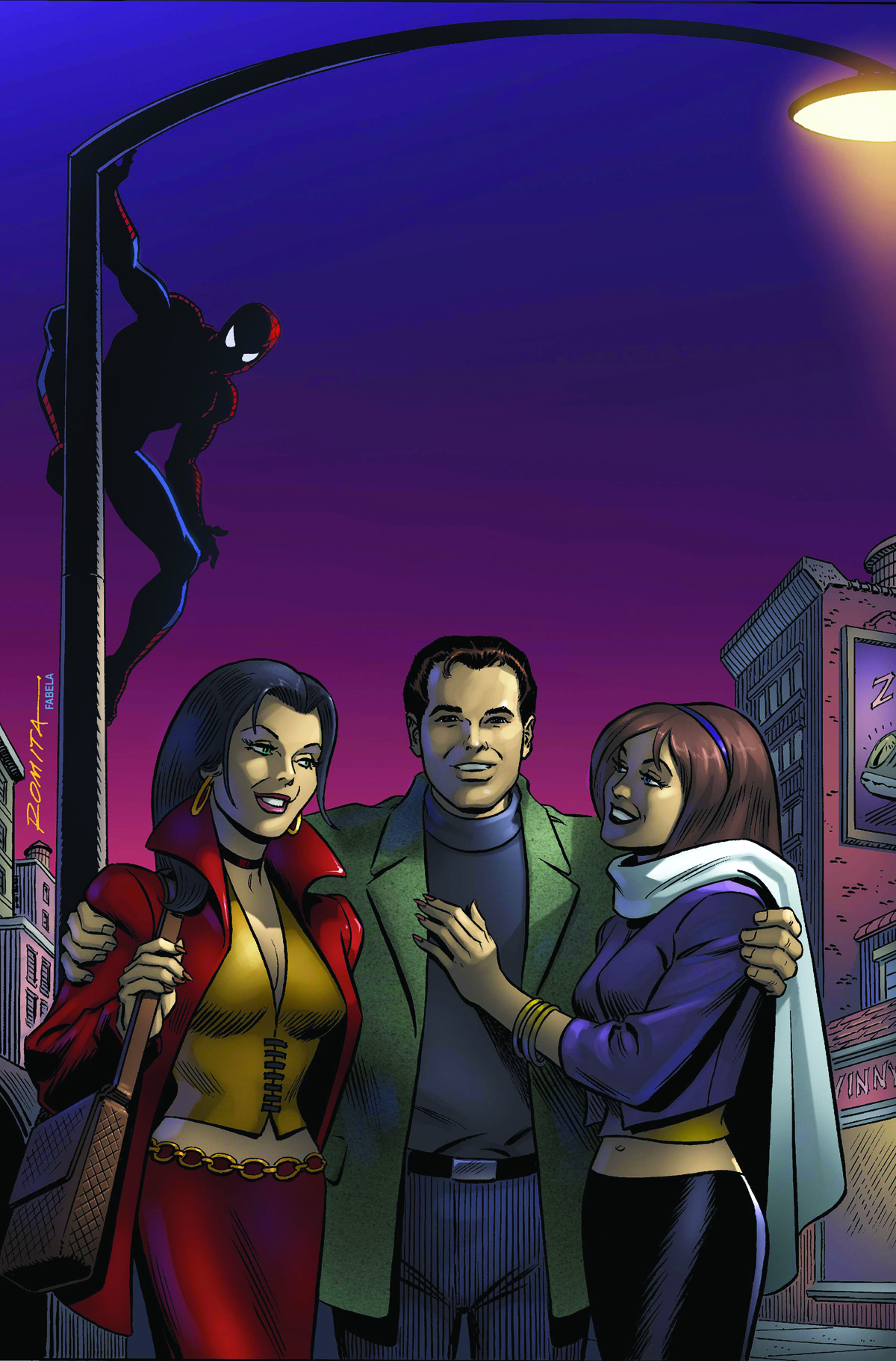 NOV082358
(W) Mark Waid, Zeb Wells (A) Barry Kitson, Todd Nauck
Written by MARK WAID
Pencils by BARRY KITSON
Cover by JOHN ROMITA SR.
YOU ASKED FOR IT, YOU GOT IT! PETER PARKER ON A DATE!
After the revelations of "Mind on Fire", love is in the air for more than one member of the cast and Pete finally gets some time out with the ladies. (and who better to bring it to you than two men who both had dates as recently as 1987!)
Amidst the romance though, forces are gathering that will spell trouble for Peter in the months to come.
32 PGS./Rated A ...$2.99