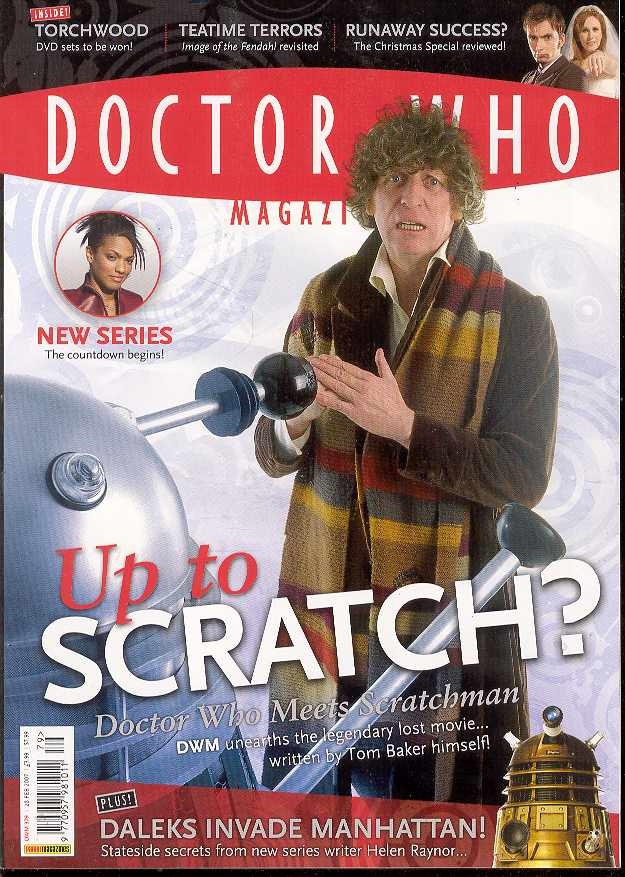 NOV064052
Doctor Who Magazine is the official magazine of the hit BBC series, with news, features, interviews, and full-color comic strip action! This issue features: a chat with writer Stephen Greenhorn about his new episode; executive producer Russell T Davies discusses the new series in his "Production Notes" column; get ready for the arrival of new companion Martha Jones; the Time Team enjoys "Snakedance" and "Mawdryn Undead" as they continue their mission to watch every Doctor Who story in order; and all the latest books, audios, and DVDs are previewed and reviewed. Plus, there's the second part of a new comic strip adventure for the Tenth Doctor and a very old friend...