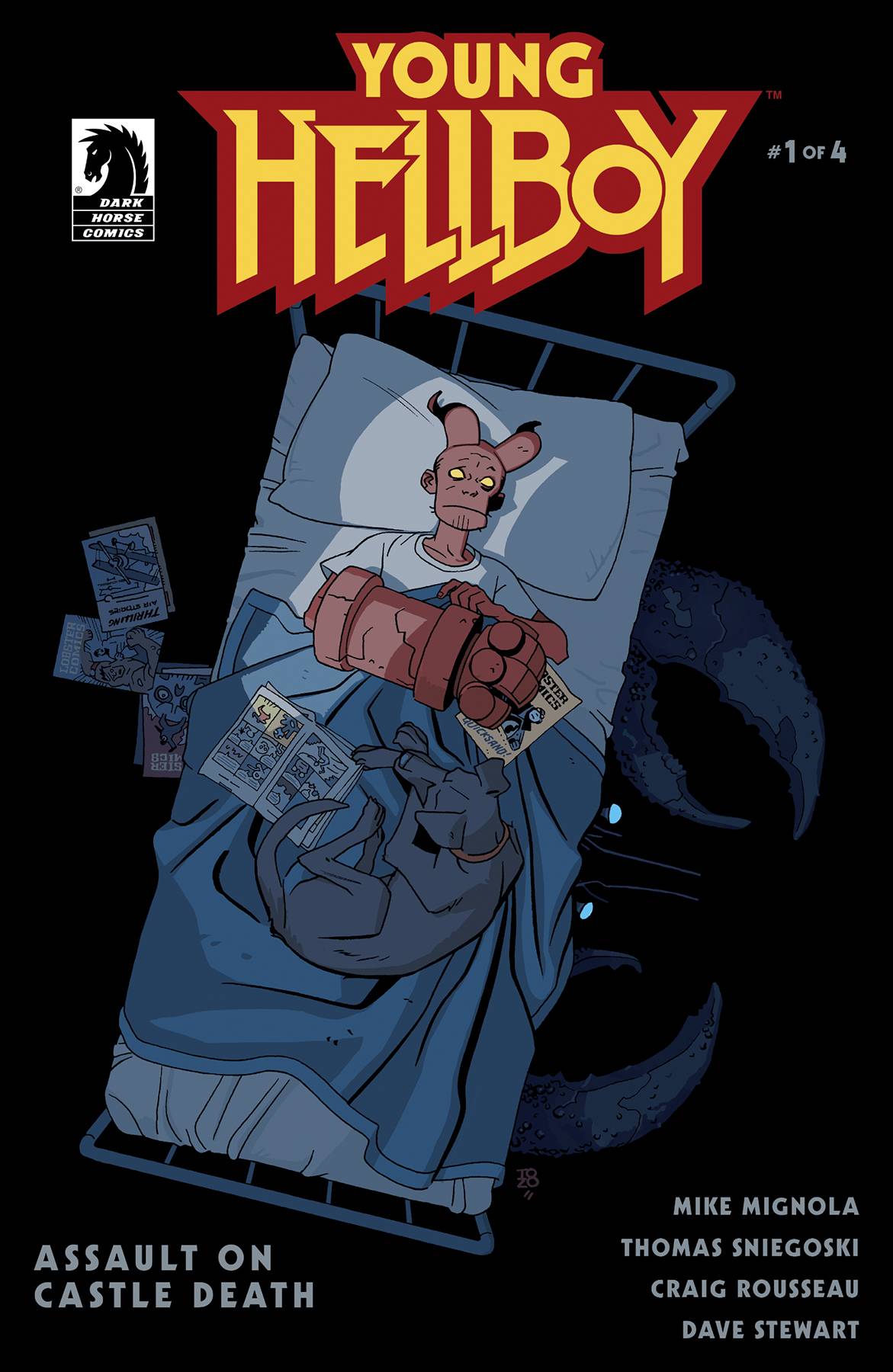 #
MAY220419
(W) Mike Mignola, Tom Sniegoski (A) Craig Rousseau (CA) Tonci Zonjic
Returned from their adventures on a secret island, Hellboy and the Professor move with the B.P.R.D. from New Mexico to Connecticut. The relocation is tough on Hellboy: is he just homesick, or have scrambled memories from the island gripped the supernatural whippersnapper? Meanwhile, word of Hellboy's survival has also reached an unknown enemy, who failed to kill him once before but is determined not be foiled again . . .

It's a roaring start to the second Young Hellboy series, from Hellboy creator Mike Mignola and cowriter Thomas Sniegoski, with art by Craig Rousseau and colors by Dave Stewart.
In Shops: Jul 20, 2022
SRP: $3.99
View All Items In This Series
ORDER SUBSCRIBE WISH LIST