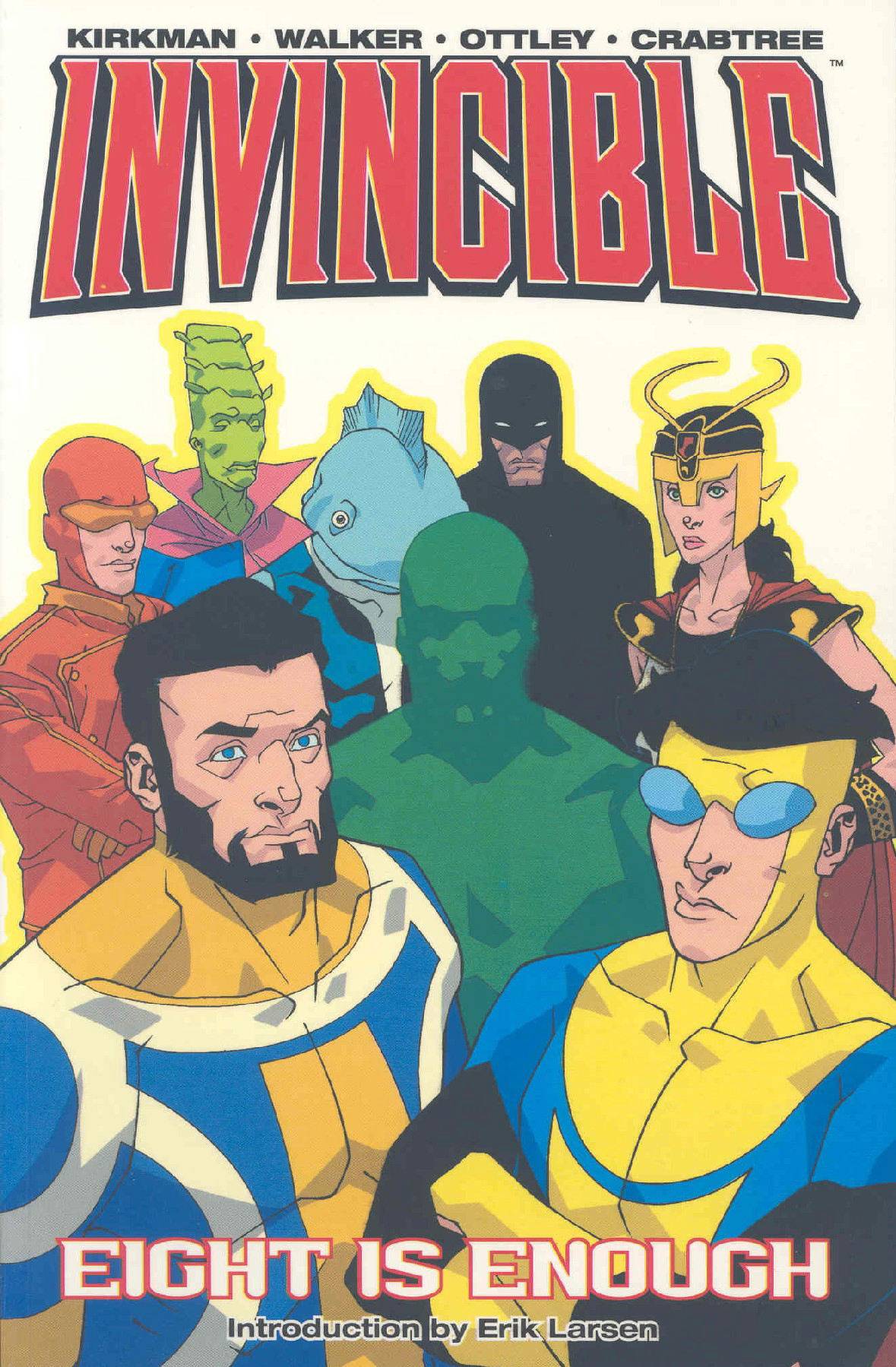 #
MAY220093
(W) Robert Kirkman (A) Mark Englert, Dave Johnson, Cliff Rathburn, Matthew Roberts, Terry Stevens (A/CA) Cory Walker
THE CONCEPT: Mark Grayson is just like most everyone else his age, except for the fact that his father is the most powerful superhero on the planet. And now he's begun to inherit his father's powers. It all sounds okay at first, but how do you follow in your father's footsteps when you know you will never live up to his standards?
THIS ISSUE: The "Inivincible Family" finally starts to get a handle on the whole superhero thing, while Mark plans for college and the oft-mentioned Guardians of the Globe are finally introduced in this full-length trade paperback featuring what is undoubtedly the single most shocking and unexpected page in the series thus far.  If you've been waiting for the trade, here it is!  Don't miss out on the series ENTERTAINMENT WEEKLY gave an "A-" a second time!
In Shops: Jun 15, 2022
SRP: $9.99
View All Items In This Series
PREORDER WISH LIST