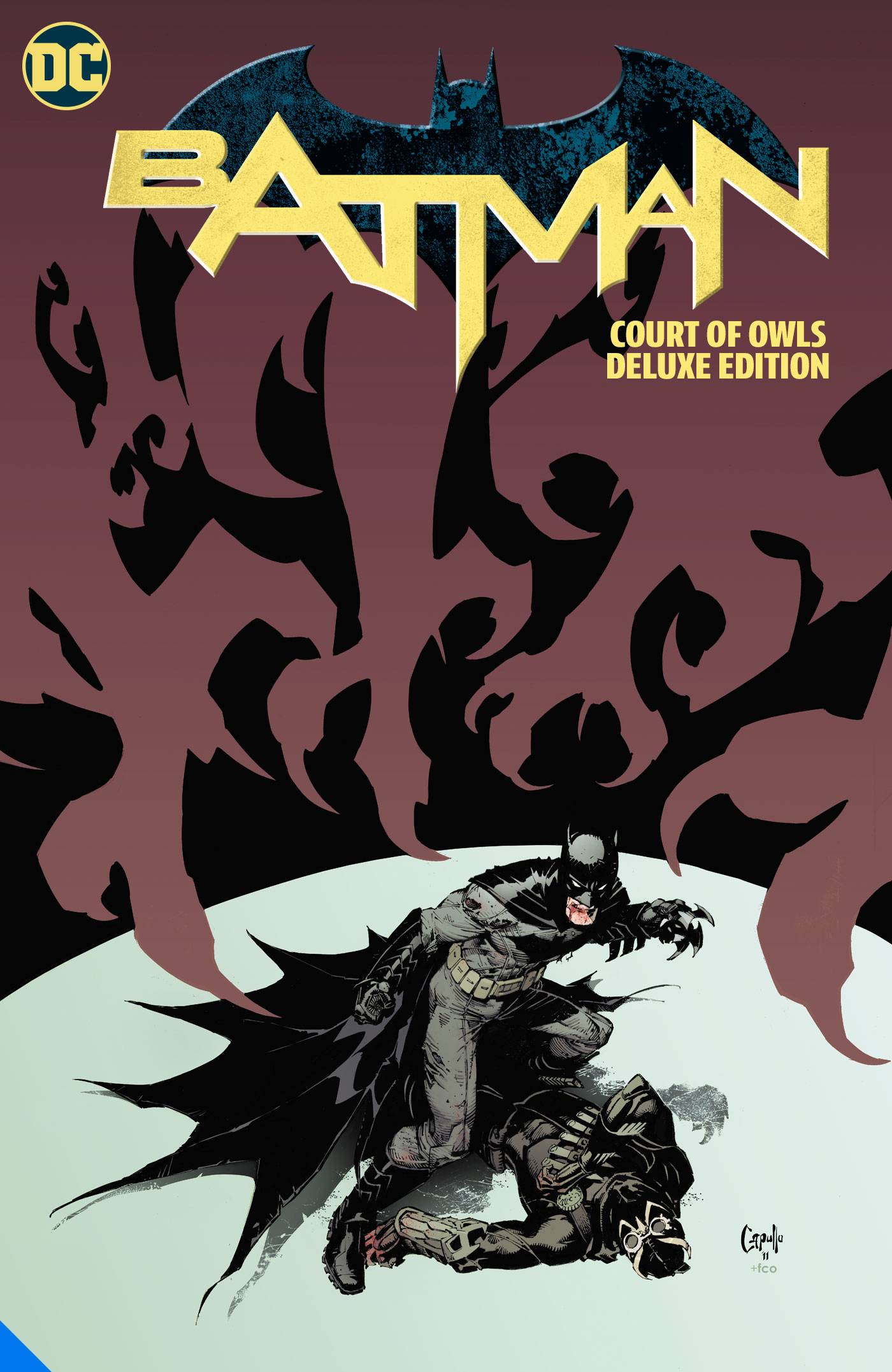 #
MAY217152
After remaining hidden for years, a secret organization known as the Court of Owls suddenly surfaces in Gotham City. But why? As Batman begins to unravel the deadly mystery, he discovers a conspiracy going back to his youth and beyond to the origins of the city he's sworn to protect. Could the Court of Owls, which he once thought to be nothing more than an urban myth, actually be behind the never-ending crime and corruption in Gotham? Or is Bruce Wayne losing his grip on sanity and falling prey to the pressures of being Batman? From writer Scott Snyder (Dark Nights: Metal) and artist Greg Capullo comes a brooding tale of shadow societies and long-forgotten family secrets. Collects the full bestselling saga from Batman #1-11 in deluxe hardcover with behind-the-scenes extras!
In Shops: Sep 15, 2021
SRP: $34.99
ORDER WISH LIST