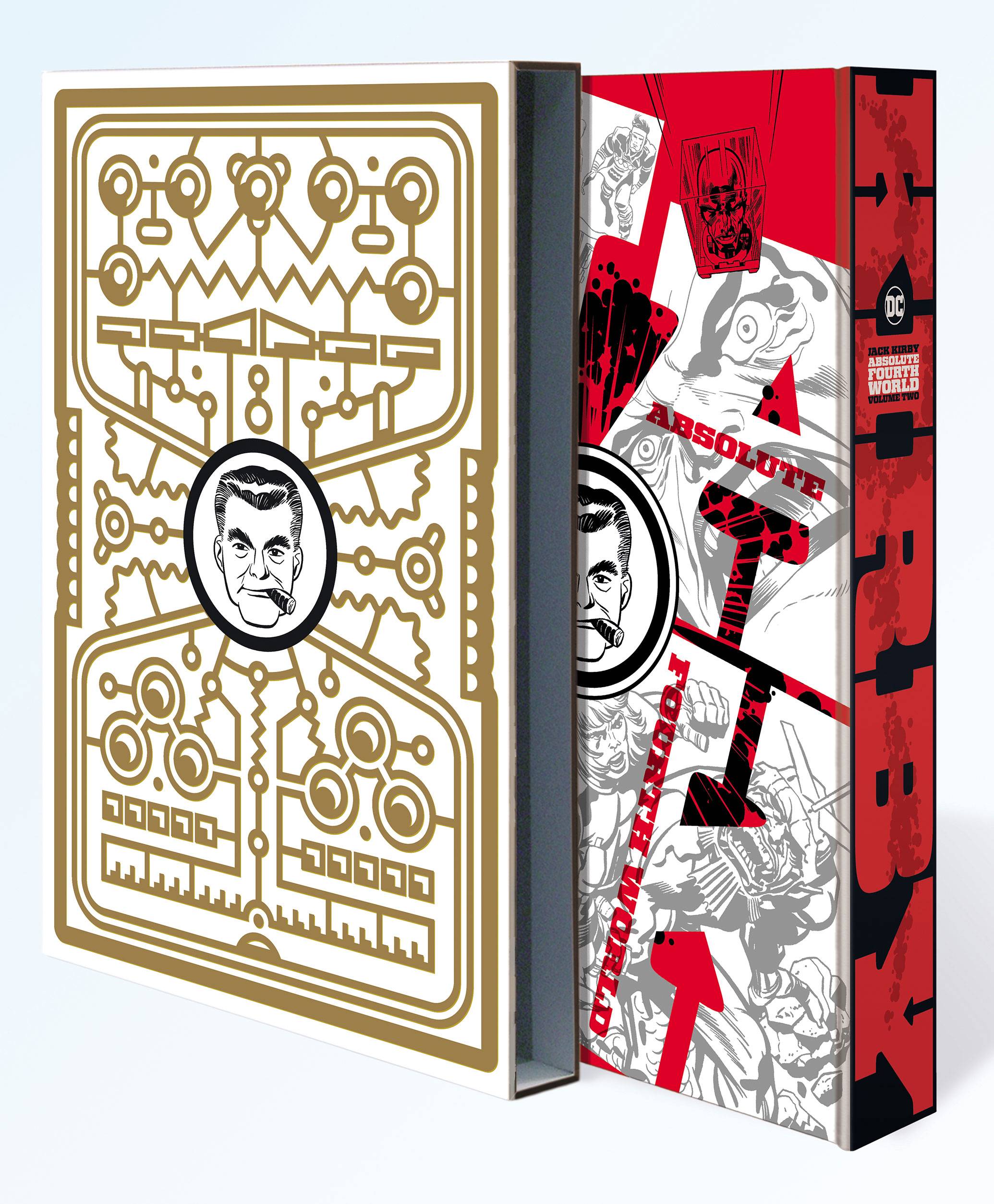 #
MAY217148
(W) Jack Kirby (A) Jack Kirby, Vince Coletta, Mike Royer (CA) Rian Hughes
In the 1970s, after decades shaping the Marvel Universe, Jack the King Kirby made a much-publicized move to DC Comics, where he was given full creative freedom to build something unprecedented: A sweeping multi-series saga featuring new worlds, instantly iconic new characters, and rich new mythologies that he called the Fourth World. Rediscover the worlds of Apokolips and New Genesis in this large-scale reprint of Kirby's grand opus! This second of two Absolute volumes collects Superman's Pal Jimmy Olsen #146-148, The Forever People #7-11, The New Gods #7-11, Mister Miracle #7-18, Jack Kirby's New Gods (Reprint Series) #6, DC Graphic Novel #4: The Hunger Dogs, and Jack Kirby's lost tale On the Road to Armagetto (published at full size for the first time ever), along with a brand-new foreword by Tom Scioli, a gallery of Kirby pencils, never-before-collected essays from Kirby and Mark Evanier, and more!
In Shops: Dec 15, 2021
SRP: $150.00
View All Items In This Series
ORDER SUBSCRIBE WISH LIST