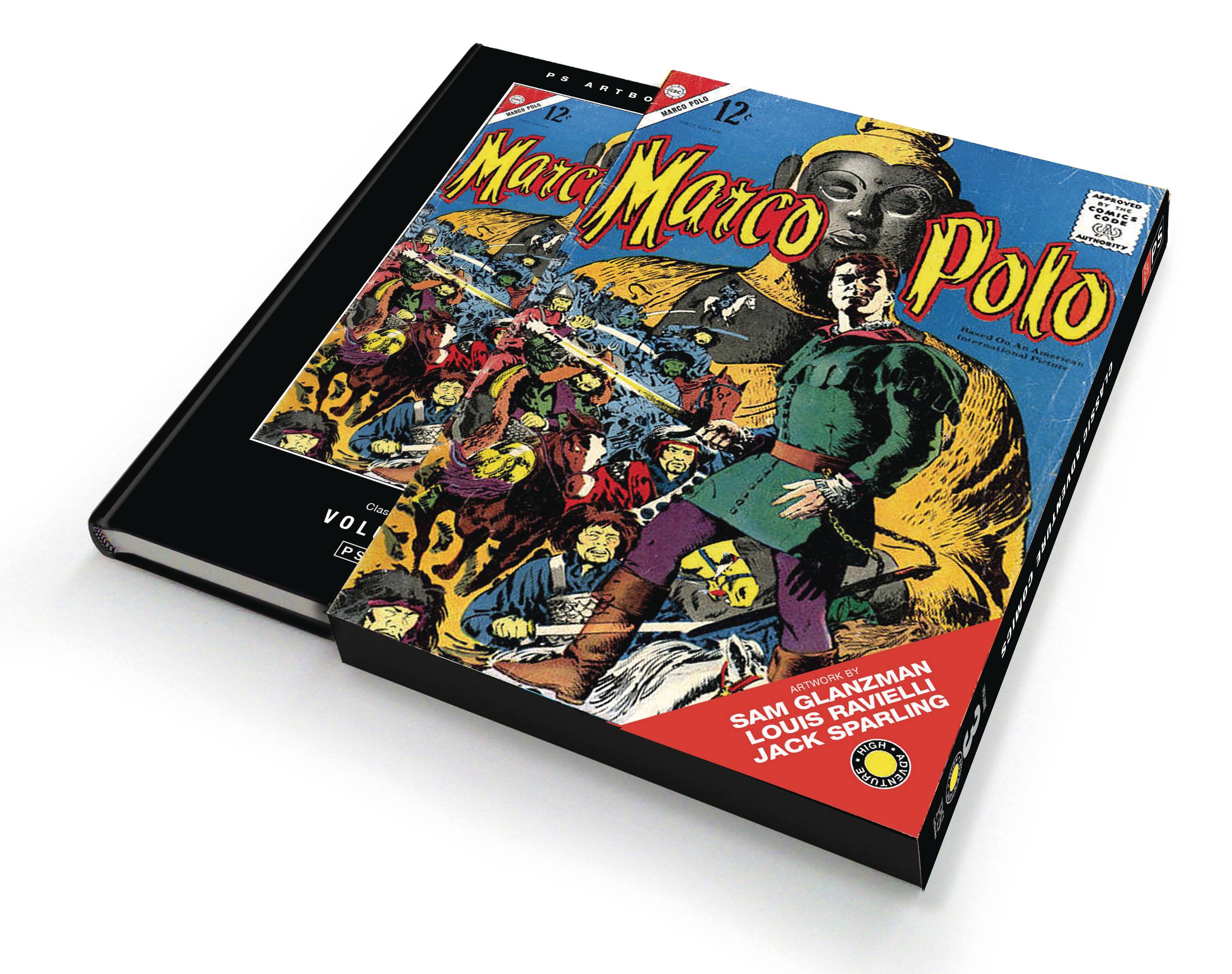 #
MAY211641
(A) Everett Raymond Kinstler, Sam Glanzman
Just take a look here at Volume 3! It's 1903, ex-soldiers from the Spanish-American war prey on new settlers in the US Northwest! Fast forward to the 1950's and "The Unknown Man" the Underworld Gang Lord who controls the Crime Syndicate. Now all the way back to the middle ages for the adventures of the Venetian merchant and explorer Marco Polo in the court of Kubla Khan! And the legends of Robin Hood and his meeting with Little John and the archery contest that was held to trap him! And finally to the 1600's and the epic adventures of Robinson Crusoe!
All reproduced completely from cover to cover - just like the original comic, and featuring the comic book talents of Louis Ravielli, Everett Raymond Kinstler, A.C. Hollingsworth, Sam Glanzman, Rocco Mastroserio, Charles Nicholas and Jack Sparling. Collects The Hooded Menace #1 (1951), The Unknown Man #1 (1951), Marco Polo #1 (1962), Robin Hood #1 (1963), and Robinson Crusoe #1 (1963).
In Shops: Oct 06, 2021
SRP: $56.99
View All Items In This Series
ORDER SUBSCRIBE WISH LIST