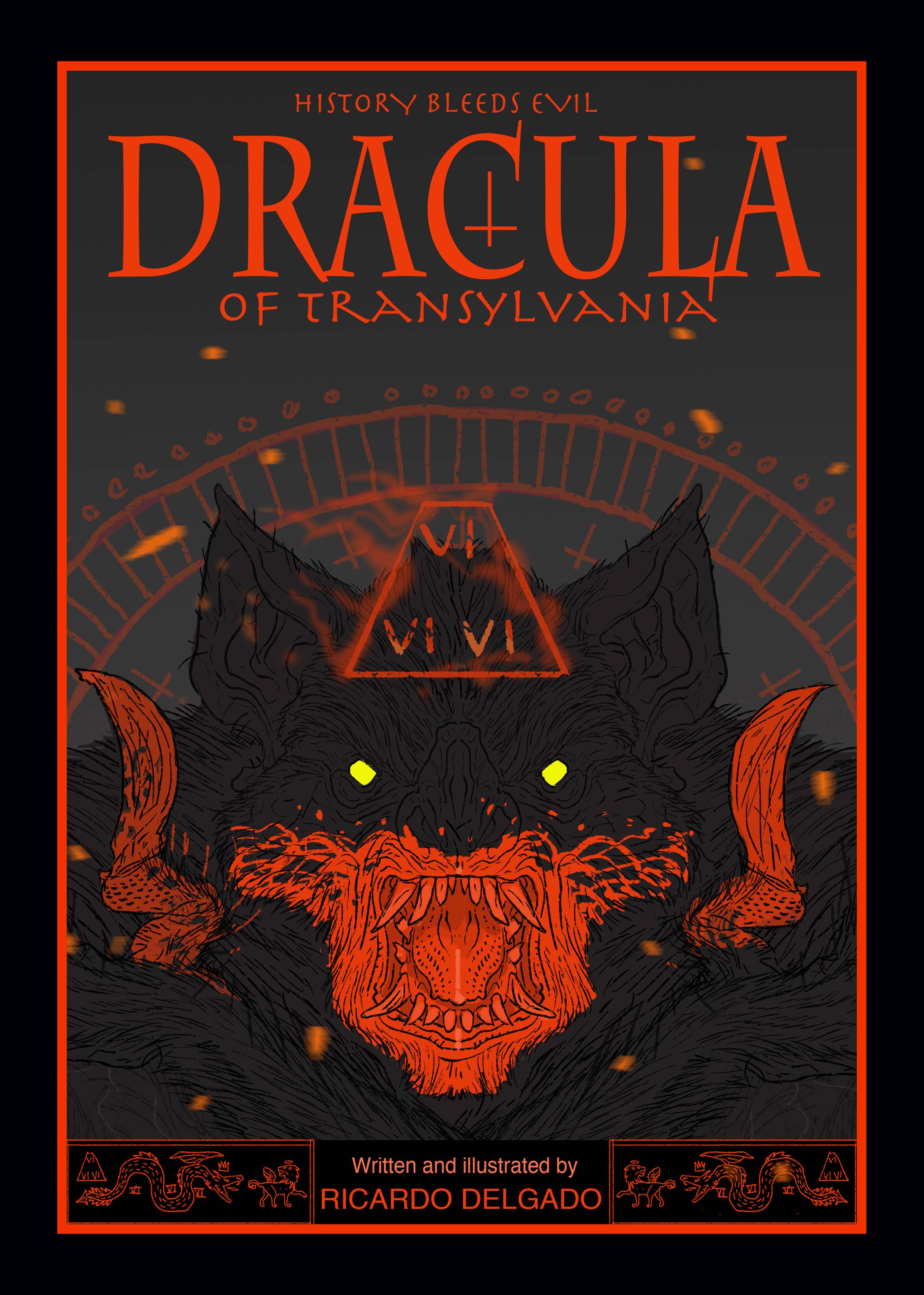 #
MAY211341
(W) Ricardo Delgado (A/CA) Ricardo Delgado
DRACULA OF TRANSYLVANIA is a fresh, bold retelling of the classic Stoker dark fairy tale with the pace of the modern thriller, a gripping new novel lavished with incredible concept art from one of Hollywood's leading Conceptual Designers. 1899 Transylvania bleeds of history and evil. Young Solicitor Jonathan Harker braves ghosts, demons, living skeletons, and armies of rats, as he encounters Dracula. The demonic, shapeshifting vampire imposes his wrath, malice and vengeance upon an England about to enter the Modern Era, crushing everything in his path.
Creator Ricardo Delgado has worked on many films including Apollo 13, Men in Black, Star Trek: First Contact, Jurassic Park 3, The Matrix Reloaded and Revolution The Incredibles, Wall-e, How to Train your Pet Dragon as well as TV shows like Nickelodeon's Avatar-The Last Airbender and Disney's Tron-Uprising. His comic book series, Age of Reptiles, for Dark Horse Comics, has been published all over the world for a quarter of a century. His first two novels are the children's novella Sam Specter and the Book of Spells and the hard-boiled science fiction noir Warhead.
"Ricardo Delgado's reimagining of Dracula is strange and bold and brilliantly original. I love it and WOULD be stunned by it if it wasn't coming from Ricardo. But brilliant is pretty much what I've come to expect from him. Still... He may have surpassed his usual brilliance here."
-- Mike Mignola, creator of HELLBOY.

"Ricardo Delgado does for vampires what he has done for dinosaurs!  His elegant and
Bloody take on stoker's classic tale is refreshingly Original and scary. "
-- John Landis, Director An American Werewolf in London, Thriller

"Dark and disturbing but so BEAUTIFUL. I am always mesmerized by his artwork, now after this, it'll be hard to sleep. Thanks Ricardo!"
-- GENNDY TARTAKOVSKY, Creator of PRIMAL and SAMURAI JACK
In Shops: Nov 17, 2021
SRP: $45.00
ORDER WISH LIST