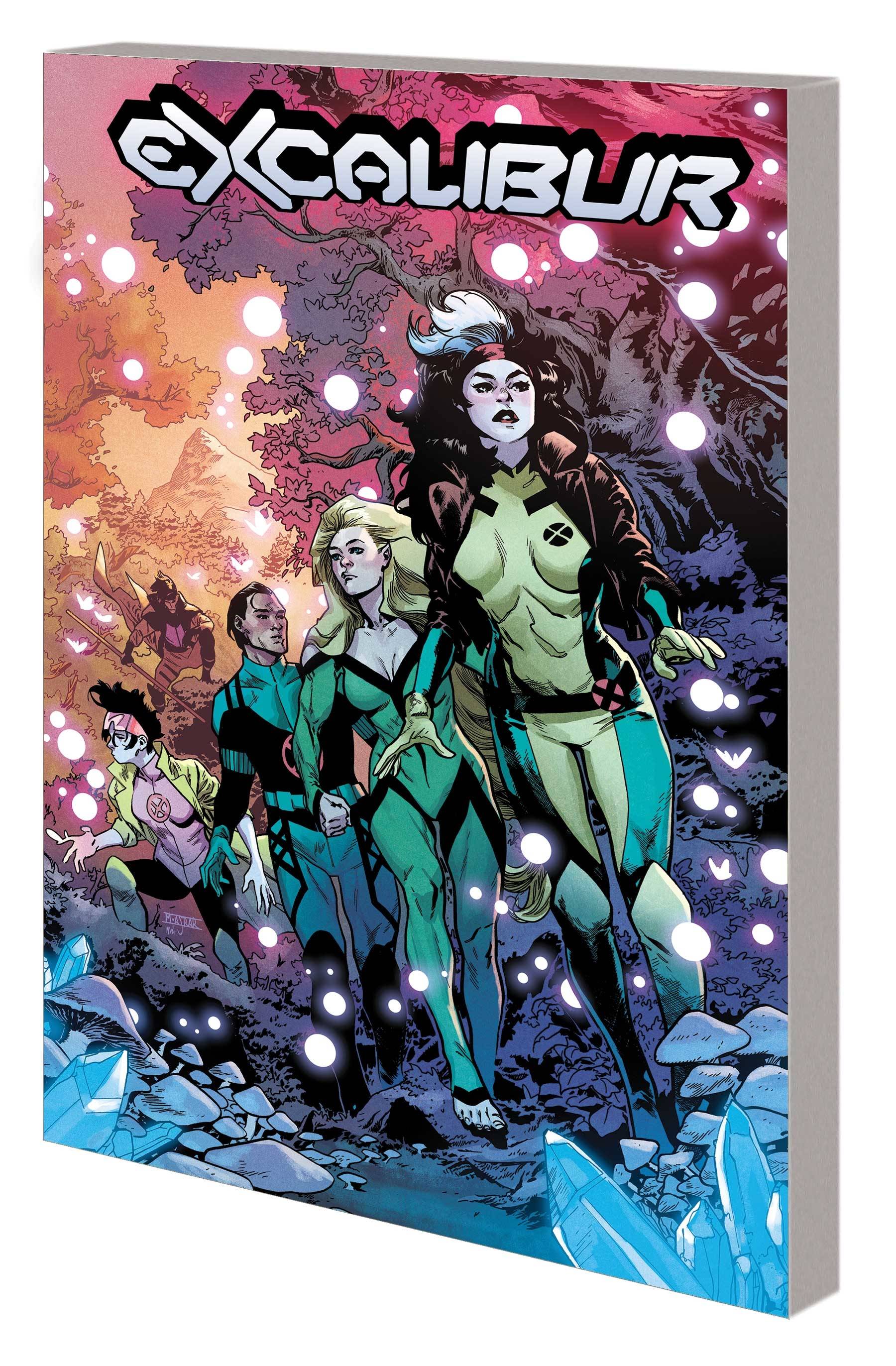 #
MAY210720
(W) Tini Howard (A) Marcus To (CA) Mahmud Asrar
Some things that have been lost cannot be replaced! In the explosive aftermath of the Otherworldly battles of X OF SWORDS, the team is left changed. But who is the woman on the shore? And who is...Queen Elizabeth III?! As the Krakoan Council makes moves to protect the mutants that remain in Otherworld, Excalibur must determine the true fate of Betsy Braddock! Plus: An invisible threat is loose on the island of Krakoa - unseen, unheard, undetectable by anyone...except Excalibur. Can the team hunt it down before the Hellfire Gala kicks off? This all-out mutant event is already shaping up to be somewhat less than pleasant,  and Excalibur's actions at the Gala just might change Krakoan diplomacy forever! Collecting EXCALIBUR (2019) #16-21.
Rated T+
In Shops: Sep 15, 2021
SRP: $17.99
View All Items In This Series
ORDER SUBSCRIBE WISH LIST