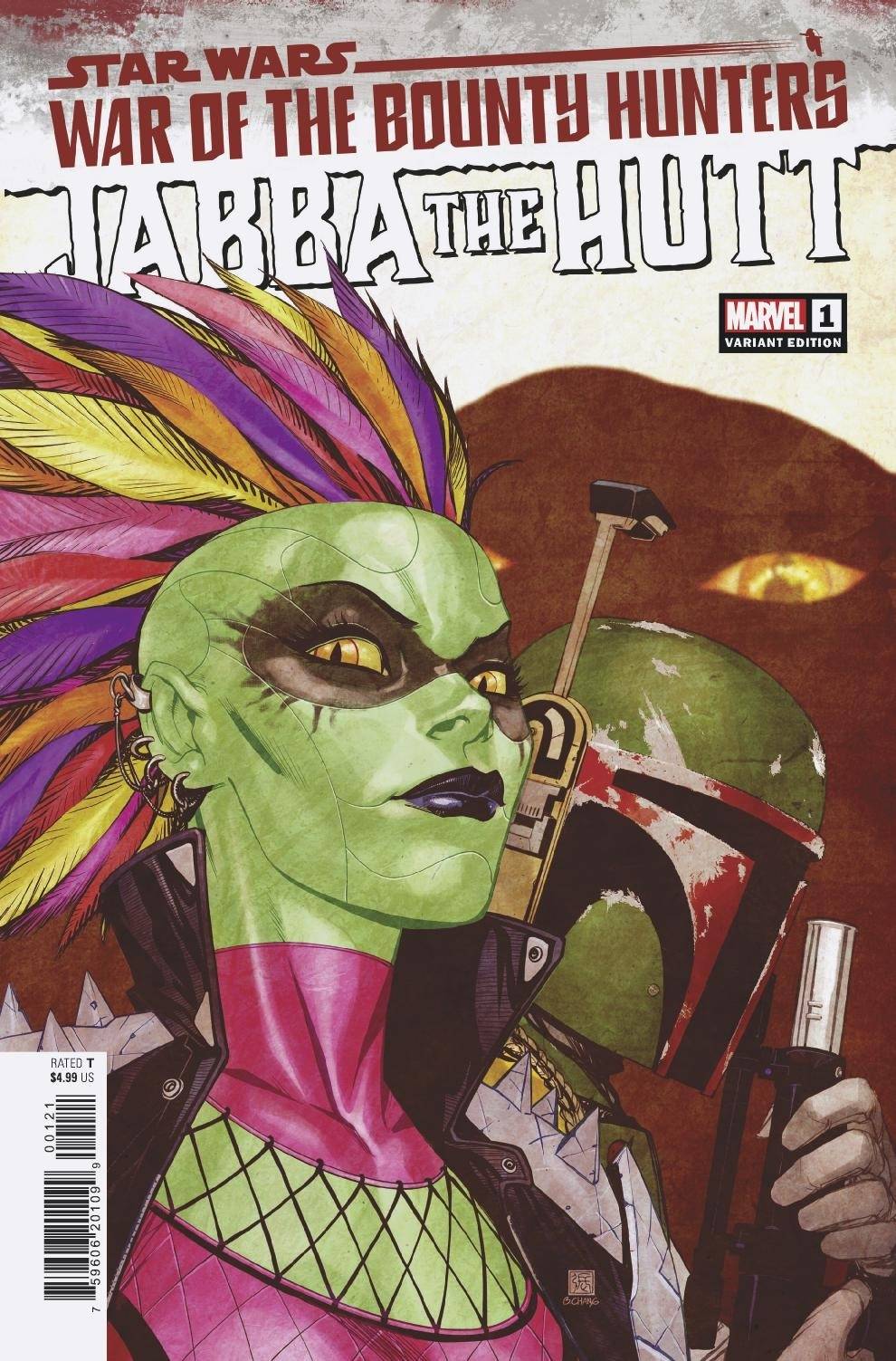 #
MAY210677
(W) Justina Ireland (A) Luca Pizzari, More (CA) Bernard Chang
JABBA NEVER FORGIVES! JABBA NEVER FORGETS!
JABBA THE HUTT is one of the most powerful and ruthless gangsters in the galaxy-and BOBA FETT, his most trusted bounty hunter, has failed him. How will Jabba deal with betrayal? VIOLENTLY. And what does this have to do with a bounty hunter with ties to the HIGH REPUBLIC? Justina Ireland and Luca Pizzari's hutt-sized spectacular is the first of four action-packed "War of the Bounty Hunters" tie-ins about the criminal underworld's most notorious hunters and scoundrels, all told by the best Star Wars writers and illustrators in the galaxy.
Rated T
In Shops: Jul 21, 2021
SRP: $4.99