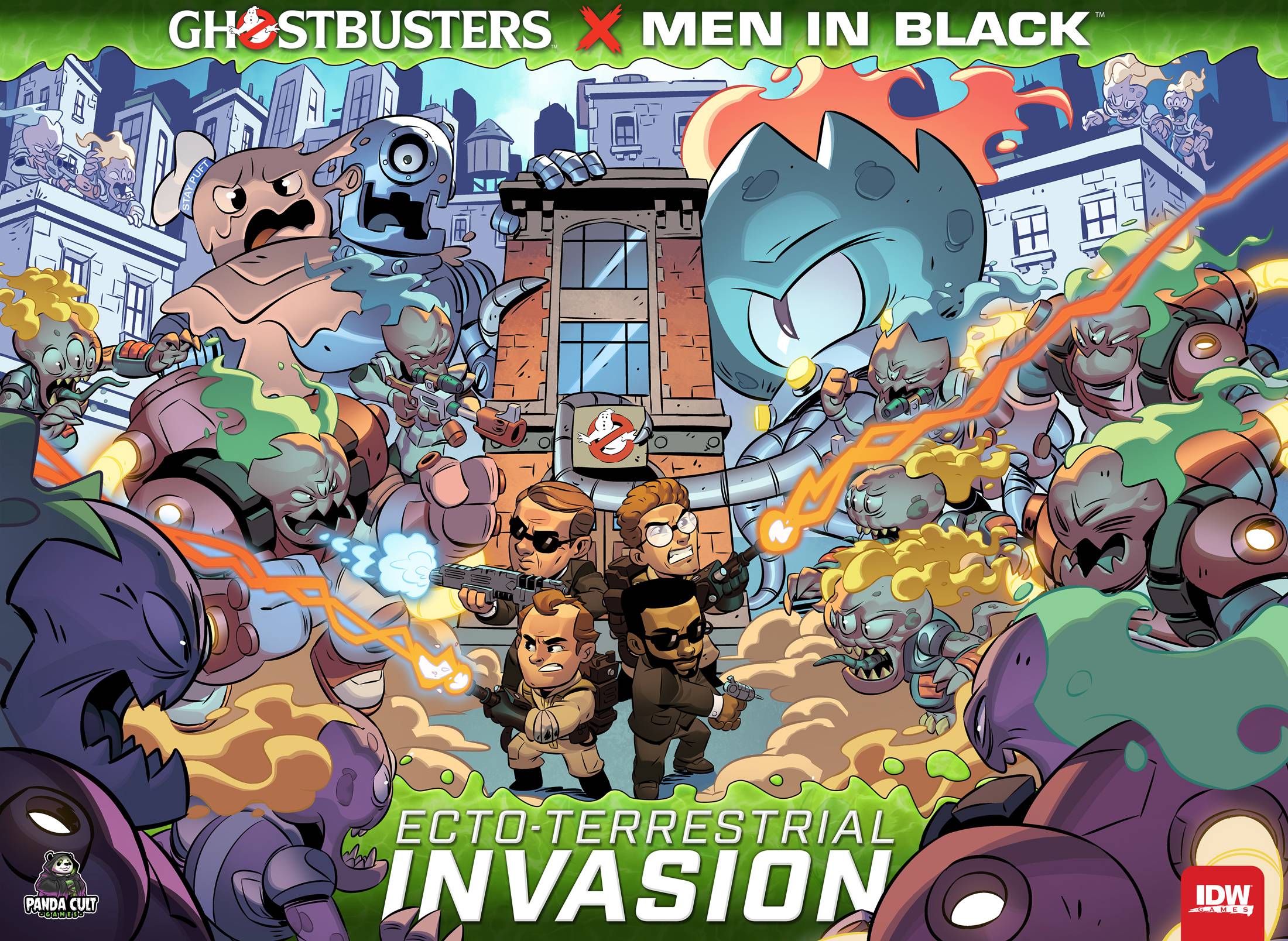 #
MAY210477
(W) Panda Cult Games
In Ghostbusters/Men In Black Ecto-Terrestrial Invasion, 1 to 4 players each control a team of one Ghostbuster and one MIB agent to defend New York City. Trap Ecto-Terrestrials and complete scenarios while using the latest weaponry & gadgets! All teams must work together to defeat the alien forces, but only one team can be the best. Do you have the mettle to defeat the machinations of Zorg and his minions?

Bullet points:
* Mix and match iconic characters from Ghostbusters and Men In Black, each with their own unique abilities
* 42 Miniatures included + 5 LARGE Boss Miniatures!
* Purchase powerful weapons and equipment with money earned from each mission
* Choose which missions to play as you progress through the story
* The Ghostbuster Firehouse Dice Tower spawns Ecto-Terrestrials as the game progresses. Beat the scenario before the last panel is pulled, or it's game over!