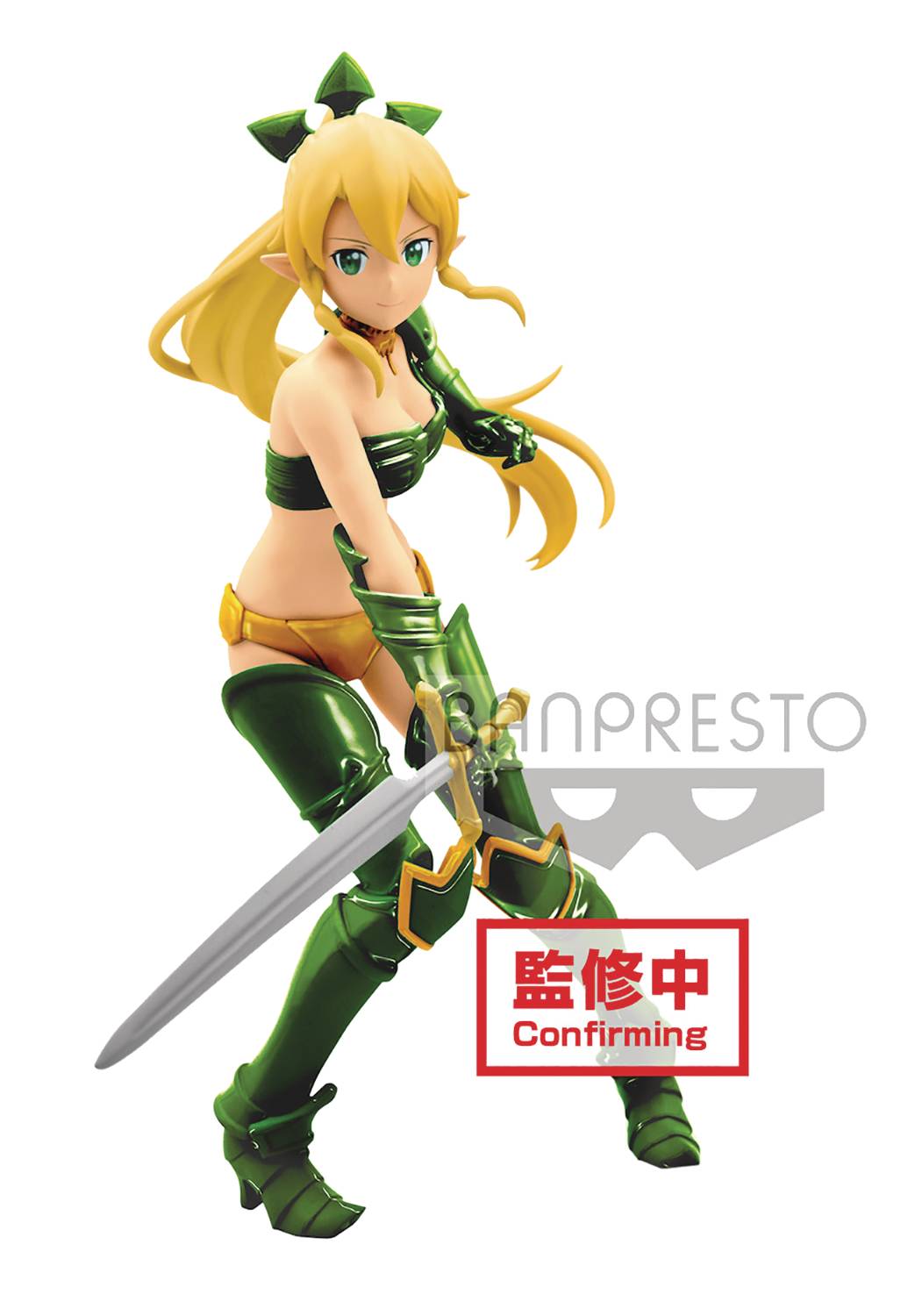 #
MAY199059
From Banpresto. From the popular phone game, Sword Art Online, comes Leafa, known as Kirigaya Suguha in real world. While Kazuto was trapped in Sword Art Online, she became interested is seeing the virtual world that he loved, thus she began playing a VRMMORPG called Alfheim Online as a Sylph warrior. Her obsession with flight in the game has earned her the nickname, Speedaholic. This Leafe figure stands 8" tall.