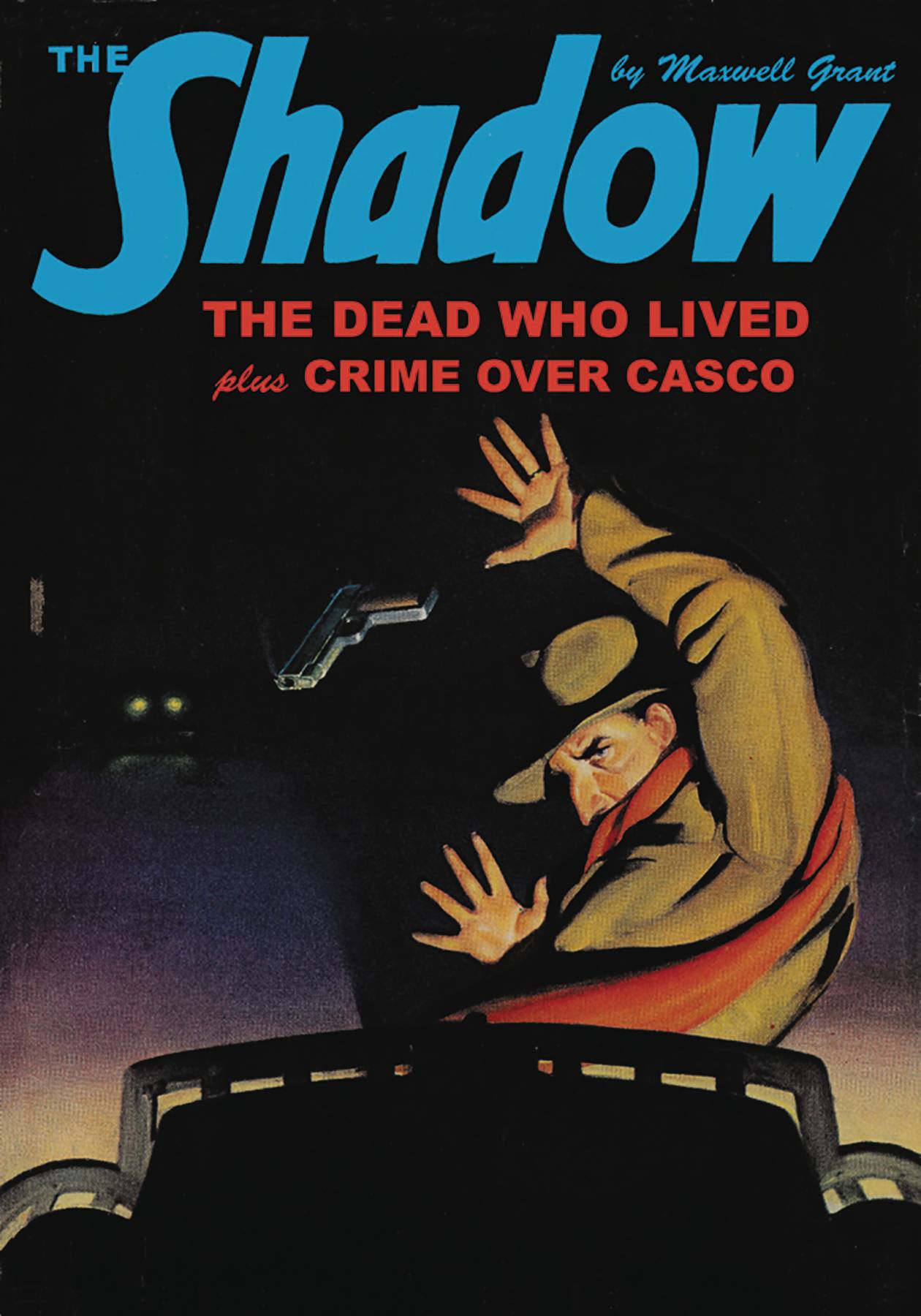 #
MAY191887
(W) Maxwell Grant, Walter B. Gibson, Will Murray (A) Paul Orban, Edd Cartier (CA) Modest Stein, George Rozen
The Knight of Darkness resumes his true identity of Kent Allard to crush hidden plots in classic pulp thrillers by Walter B. Gibson (writing as Maxwell Grant)! First, a plague of sleeping sickness hits New York, and only The Shadow can uncover the secret of the death gas and revive "The Dead Who Lived!" Then, "Crime Over Casco" leads Kent Allard to uncover a Neo-Nazi conspiracy in the quiet Maine coastal islands of Casco Bay! BONUS: An exciting mystery starring Police Commissioner James Gordon, a.k.a. "The Whisperer!" This instant collector's item showcases both original color covers by George Rozen and Modest Stein and the interior illustrations by Edd Cartier and Paul Orban, with historical commentary by Will Murray.