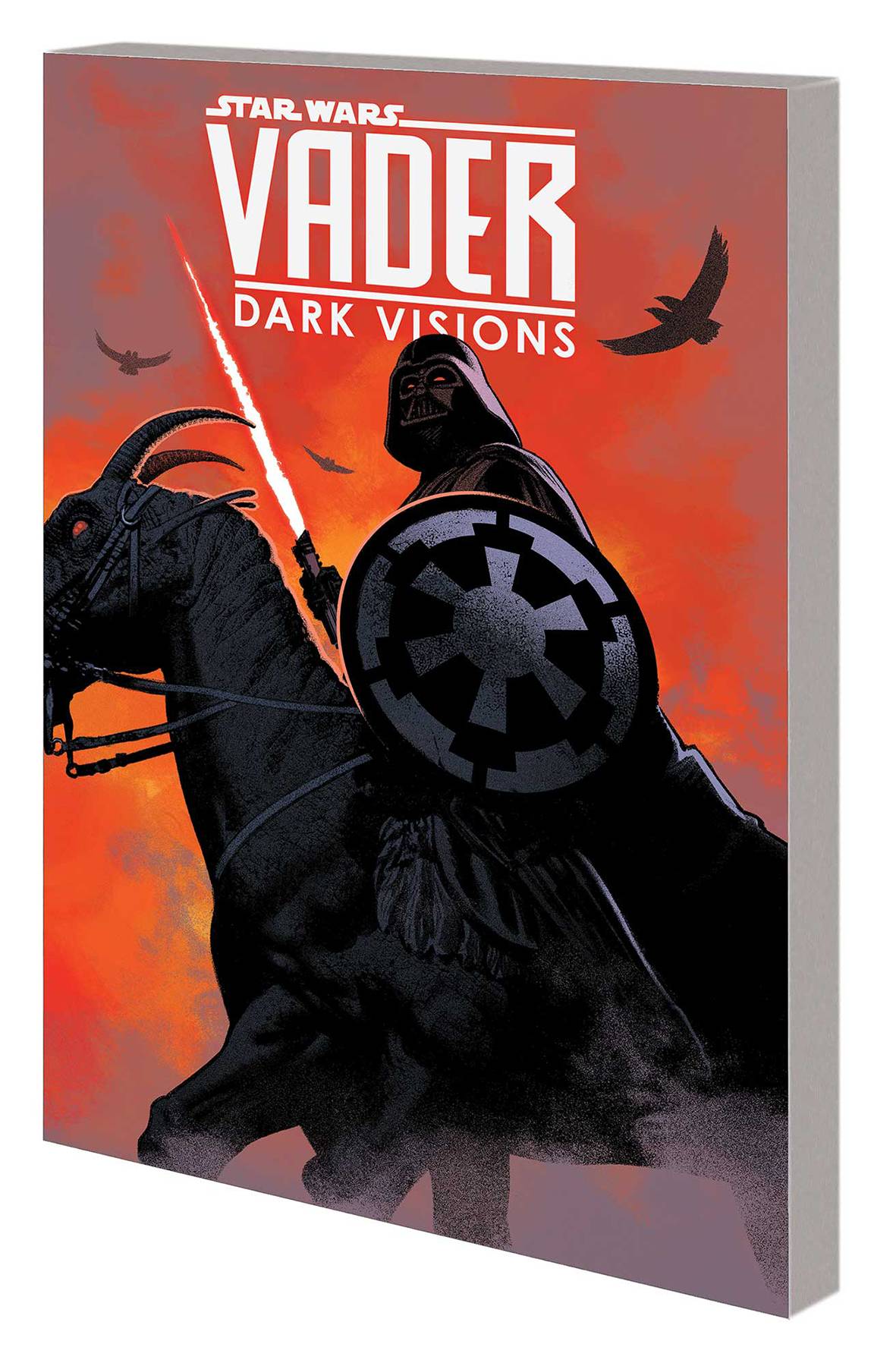 #
MAY190975
(W) Dennis "Hopeless" Hallum (A) Paolo Villanelli, Brian Level, More (CA) Greg Smallwood
Who is Darth Vader? He has been many things: enforcer, commander, destroyer. He is, to many throughout the Galactic Empire, the ultimate symbol of power and fear. But there are those who have seen the Dark Lord in a different light. Some corners of the galaxy are so desperate that even Vader can be a knight in shining armor - while for certain Imperial Commanders, Vader's anger is the price of failure. But what is it like to lose your heart to a Sith Lord - and what fate awaits the star-crossed lover who has fallen for a man so unattainable? Plus, learn how it feels to be an X-wing pilot going head-to-head with Vader's TIE Fighter - and discover more of the many sides of the galaxy's greatest villain! Collecting STAR WARS: VADER - DARK VISIONS #1-5.
Rated T
In Shops: Aug 28, 2019
SRP: $15.99
ORDER WISH LIST