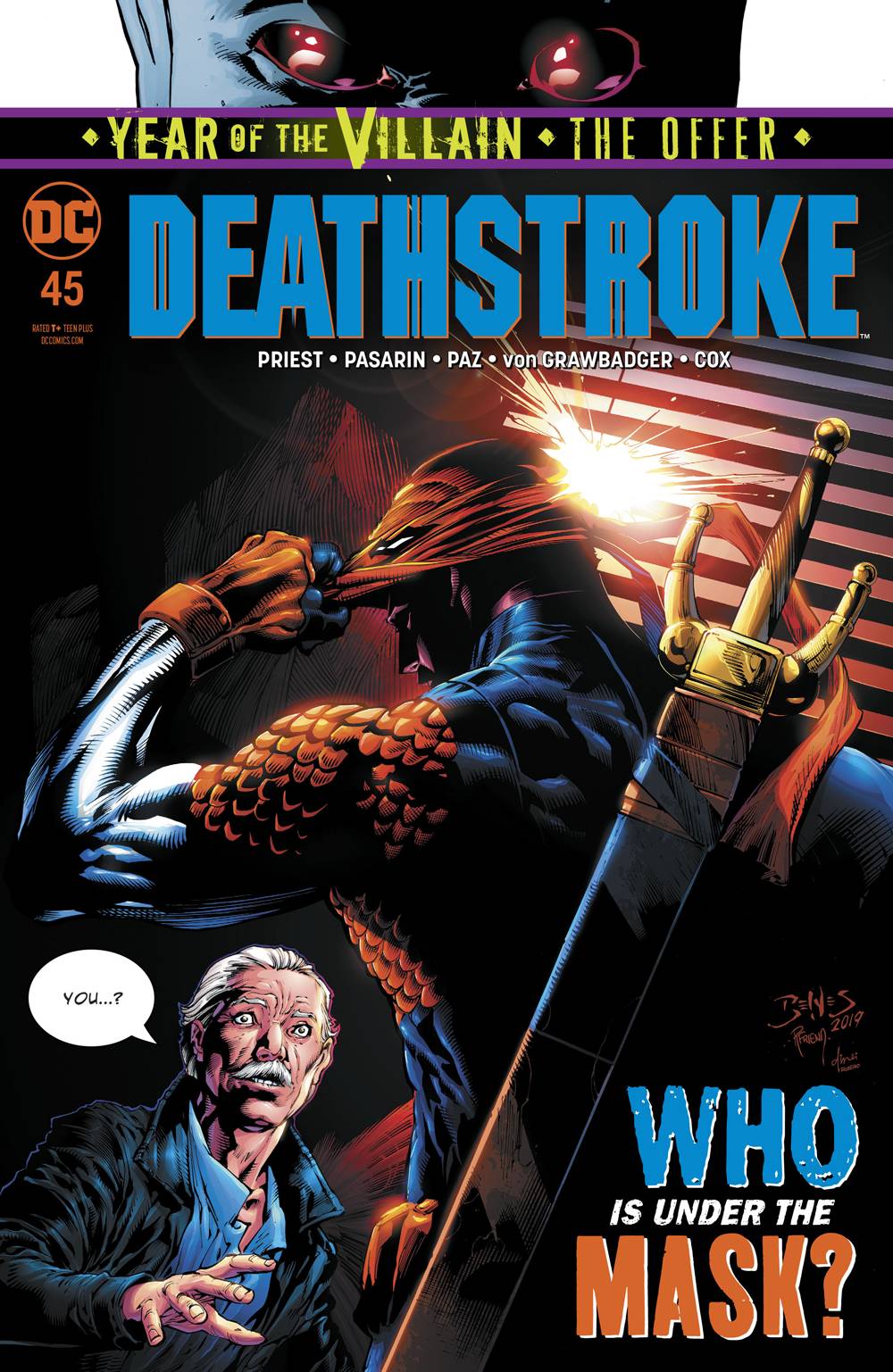 #
MAY190395
(W) Christopher Priest (A) Fernando Pasarin, Jason Paz, Wade Von Grawbadger (CA) Ed Benes, Richard Friend
In the wake of Slade Wilson's death, a new Deathstroke has vowed to complete his last, unfinished assignment. But the master assassin Shado has plans of her own, looking to step in for the late, great World's Greatest Assassin and usurp his place in villainous hierarchy. Meanwhile, Rose Wilson discovers the identity of the person responsible for her father's death. Can her brother, Jericho, stop her from seeking vengeance? Also in this issue, Slade Wilson's son Jericho accepts Lex Luthor's offer of power-but he's determined to use it as a force for good...so why is Lex smiling?
In Shops: Jul 03, 2019
SRP: $3.99
View All Items In This Series