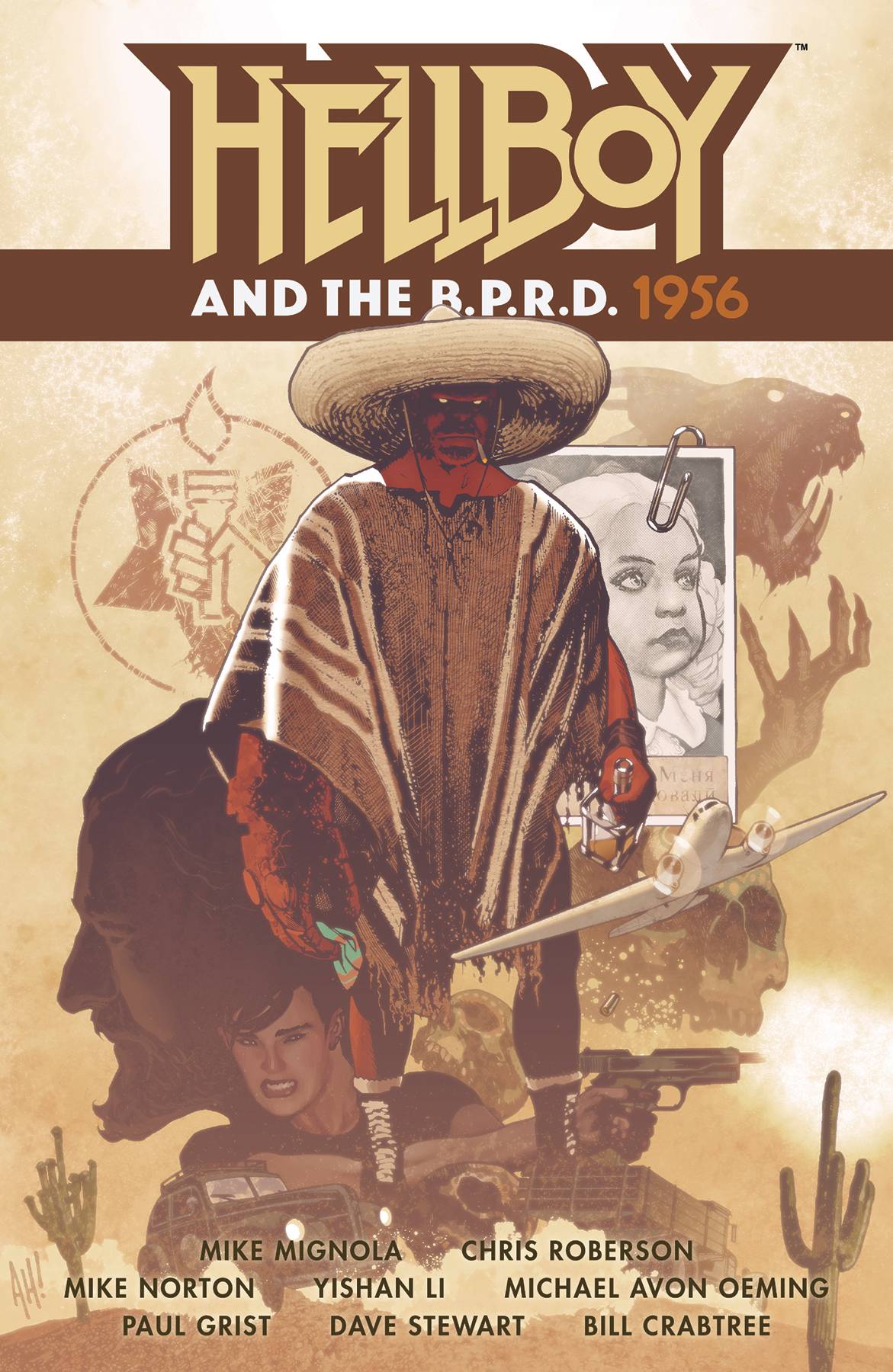 #
MAY190287
(W) Mike Mignola, Chris Roberson (A) Yishan Li, Paul Grist, Mike Norton, Michael Avon Oeming (CA) Adam Hughes
Follow Hellboy's adventures with the B.P.R.D. before Seed of Destruction! Pressure is mounting within the Bureau for Paranormal Research and Defense to uncover the Soviets' secret plans for recovered Nazi occult weapons. But a suspicious cover-up leads one agent off the radar in search of answers. meanwhile, demonic Soviet occult leader Varvara pushes her team to follow her own whims, and Hellboy is sent on the mission that led to his infamous misadventures in Mexico. Collects Hellboy and the B.P.R.D.: 1956 issues #1-#5 and Hellboy vs. Lobster Johnson: The Ring of Death.
In Shops: Sep 04, 2019
SRP: $19.99
ORDER WISH LIST