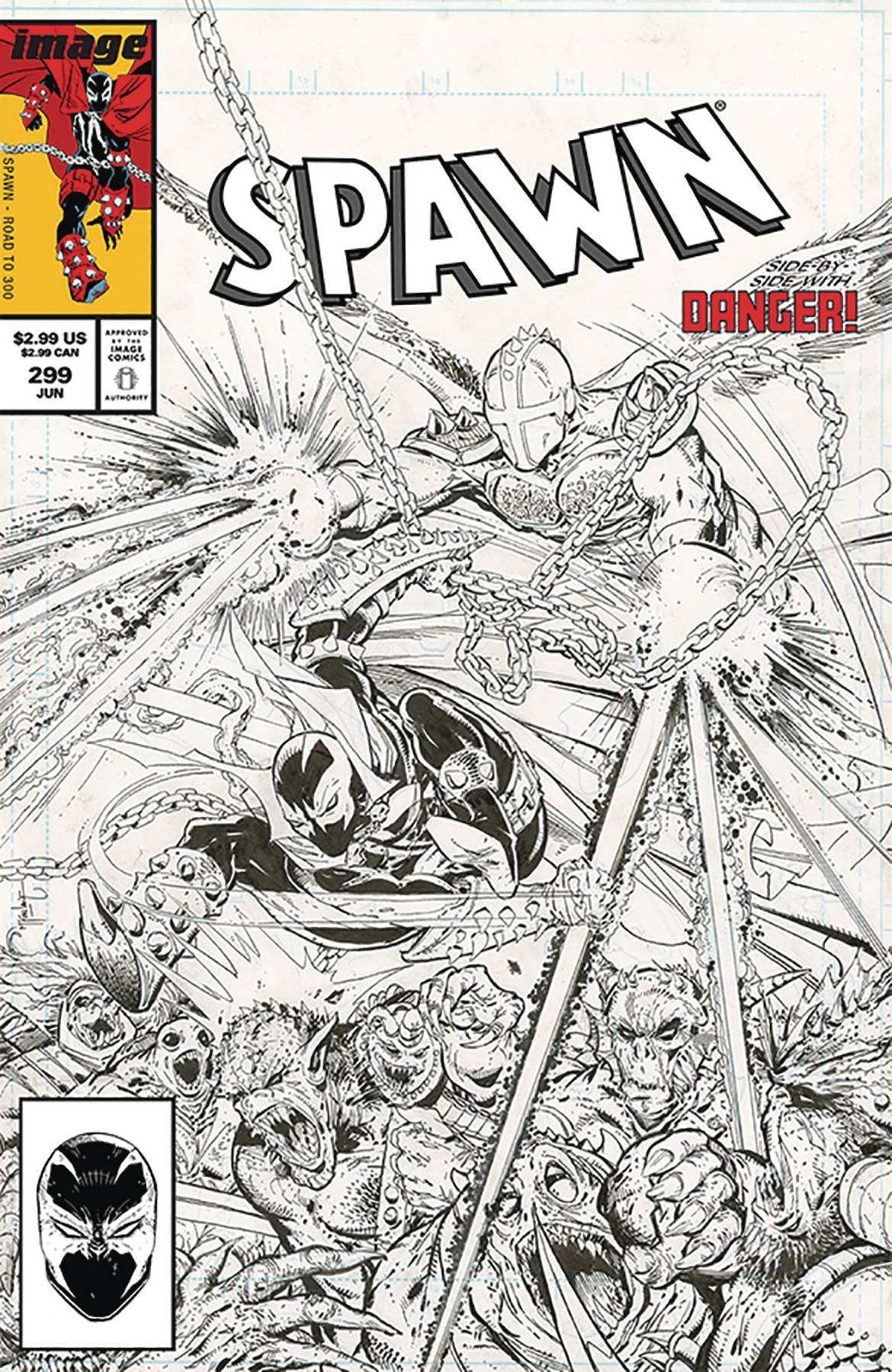 #
MAY190107
(W) Todd McFarlane (A) Jason Shawn Alexander (CA) Todd McFarlane
THE LAST ISSUE BEFORE SPAWN #300!
"WAR TO 300," Part Two: Witness the debut of TODD McFARLANE's newest creation-The Rapture! Heaven's answer to the mythic Four Horsemen of the Apocalypse, these eternal warriors are tasked with eliminating the plague called humanity from the face of the Earth. The WAR TO 300 rages! Next month, new allegiances will form, new enemies will rise, and history will be made!
In Shops: Jul 31, 2019
SRP: $2.99
View All Items In This Series
ORDER SUBSCRIBE WISH LIST