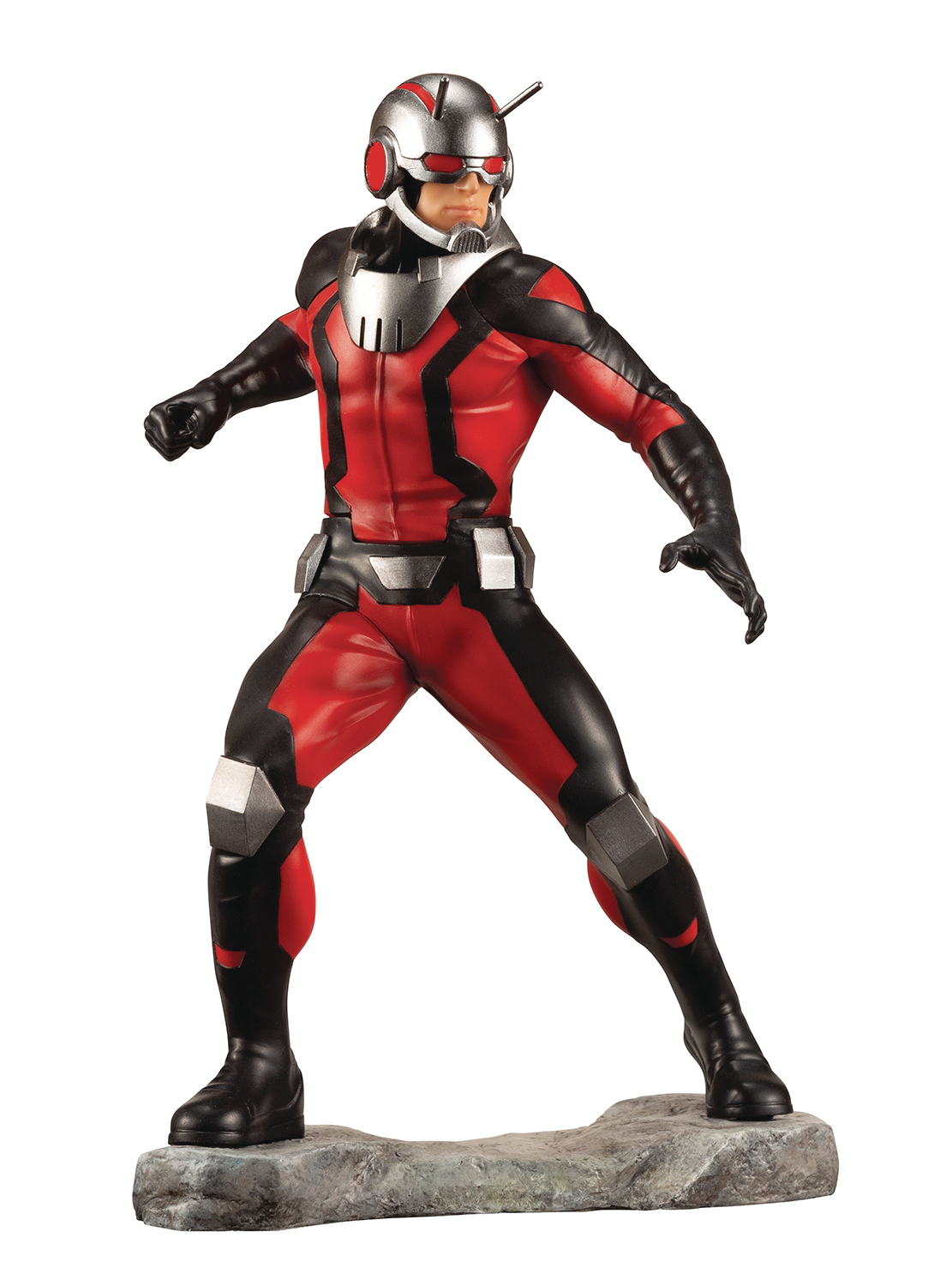 MAY189602
From Kotobukiya. Kotobukiya's Marvel Comics ARTFX+ series has brought you a range of characters in 1/10 scale. The spotlight returns to Earth's Mightiest Heroes with a series of Avengers characters based on designs by Marvel superstar artist Adi Granov. Adi Granov's art is brought to life by sculptors Junnosuke  Abe (RESTORE) and Keita Misonou. Ant-Man's design is based on the suit used by Scott Lang and is expertly rendered into an original statue with a high level of detail made possible by Kotobukiya's expert craftsmen. In addition to the full-sized Ant-Man, this product also includes a miniature Ant-Man with an ant companion, and a miniature of the original Janet van Dyne Wasp at the shrunken-down scale shown in the concept art.