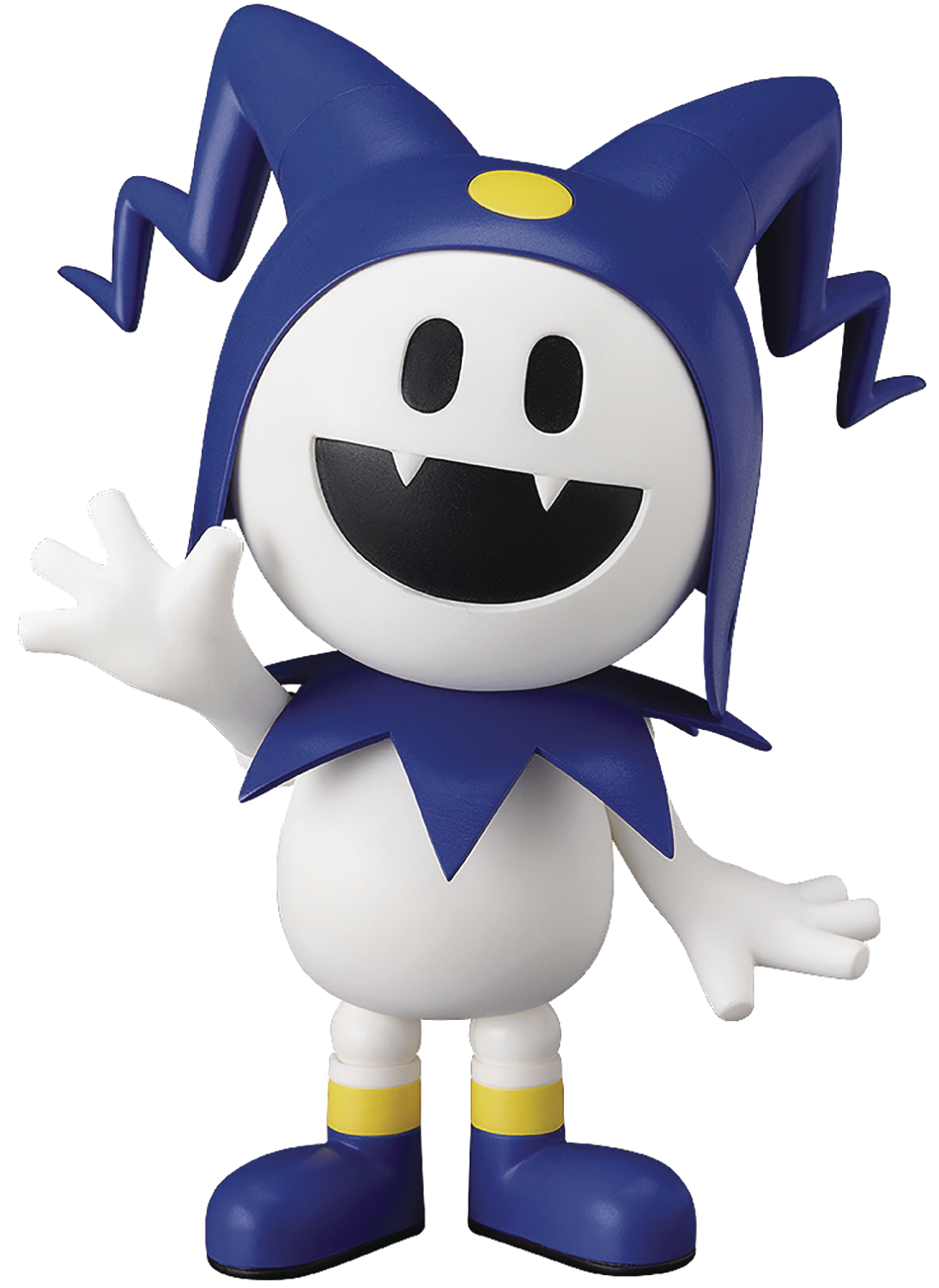 MAY189142
From MAX Factory. From ATLUS's popular RPG series Shin Megami Tensei comes a rerelease of the lovable ice spirit, Nendoroid Jack Frost! He comes with a variety of optional parts including a fragment of ice that he can create using his magic, as well as a separate set of arms to pose him using the magic. He also comes with an additional set of legs that allow you to pose him sitting down. Keep the adorable Jack Frost by your side to cool off whenever you need!