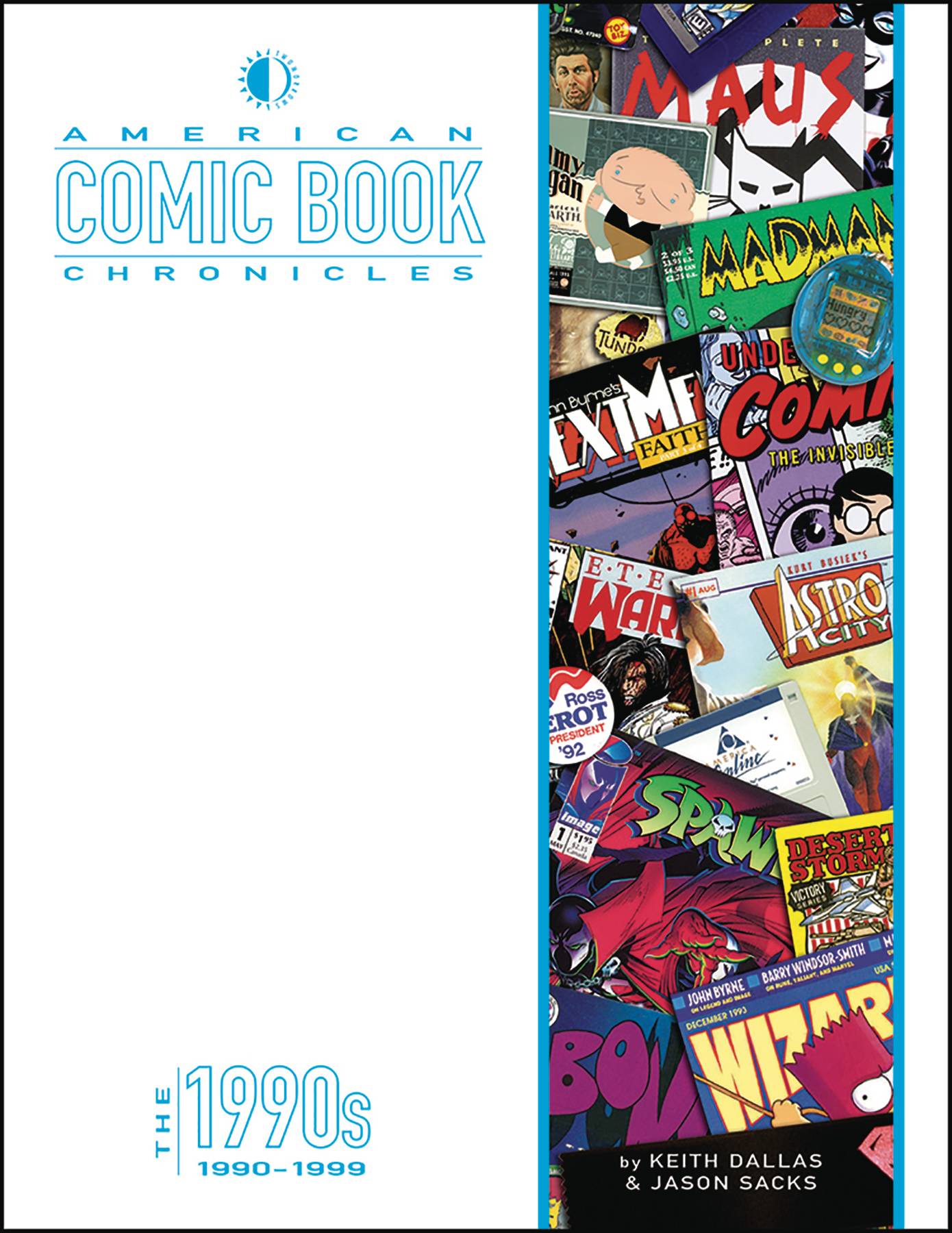 #
MAY182060
The 1990s was the decade when Marvel Comics sold 8.1 million copies of an issue of the X-Men, saw its superstar creators form their own company, cloned Spider-Man, and went bankrupt. It was when Superman died, Batman had his back broken, and the runaway success of Neil Gaiman's The Sandman led to DC Comics' Vertigo line of adult comic books. It was the decade of gimmicky covers, skimpy costumes, and mega-crossovers. But most of all, the 1990s was the decade when companies like Image, Valiant, and Malibu published million-selling comic books before the industry experienced a shocking and rapid collapse!
In Shops: Dec 05, 2018
SRP: $44.95