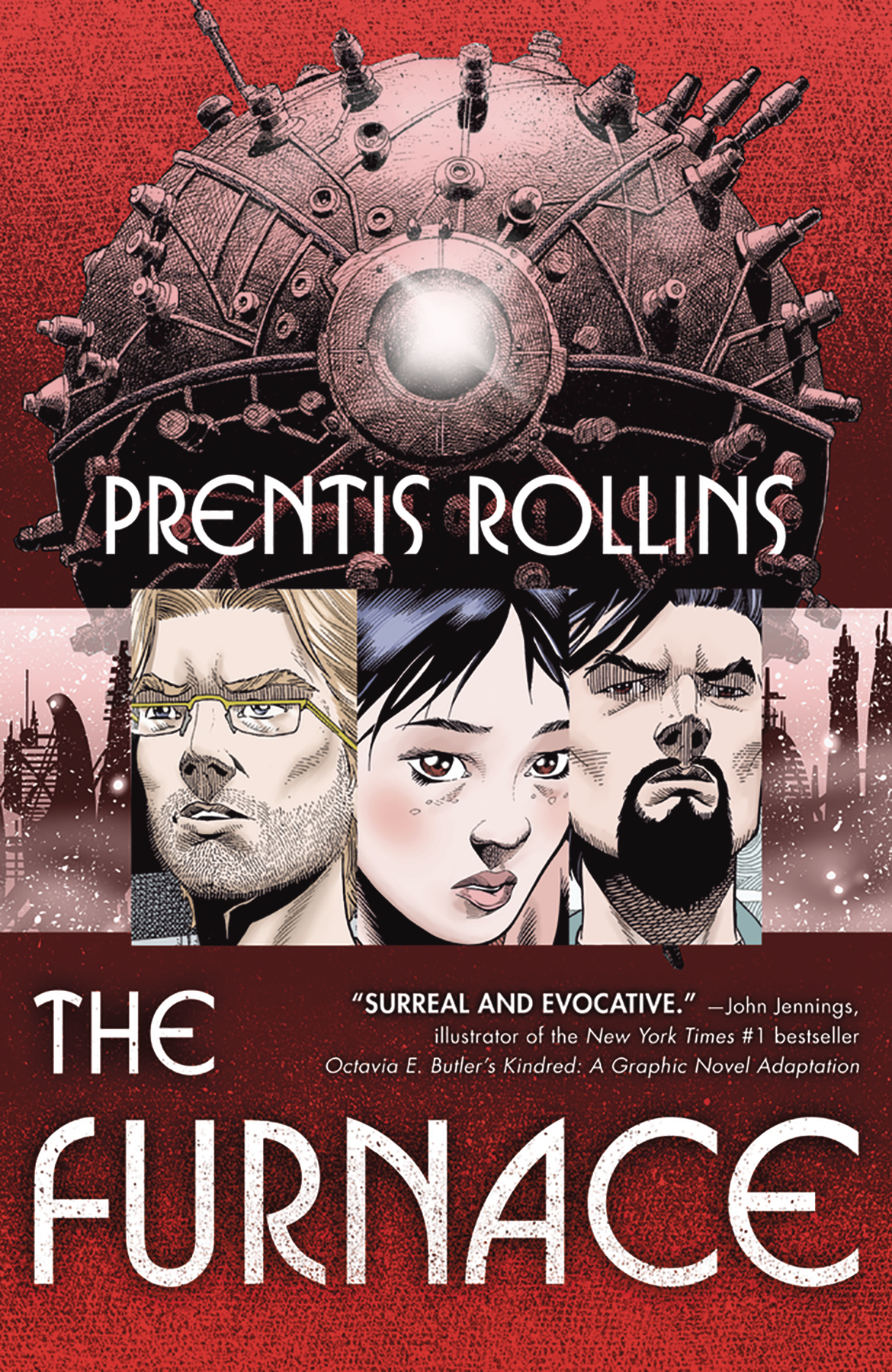 MAY182055
(W) Prentis Rollins (A/CA) Prentis Rollins
Timely and heartfelt, Prentis Rollins' graphic novel debut The Furnace is a literary SF glimpse into our future, for fans of Black Mirror and The Twilight Zone. One decision. Thousands of lives ruined. Can someone ever repent for the sins of their past? When Professor Walton Honderich was a young grad student, he participated in a government prison program and committed an act that led to the death of his friend, the brilliant physicist Marc Lepore, and resulted in unimaginable torment for an entire class of people across the United States. Twenty years later, now an insecure father slipping into alcoholism, Walton struggles against the ghosts that haunt him in a futuristic New York City.
In Shops: Jul 18, 2018
SRP: $19.99