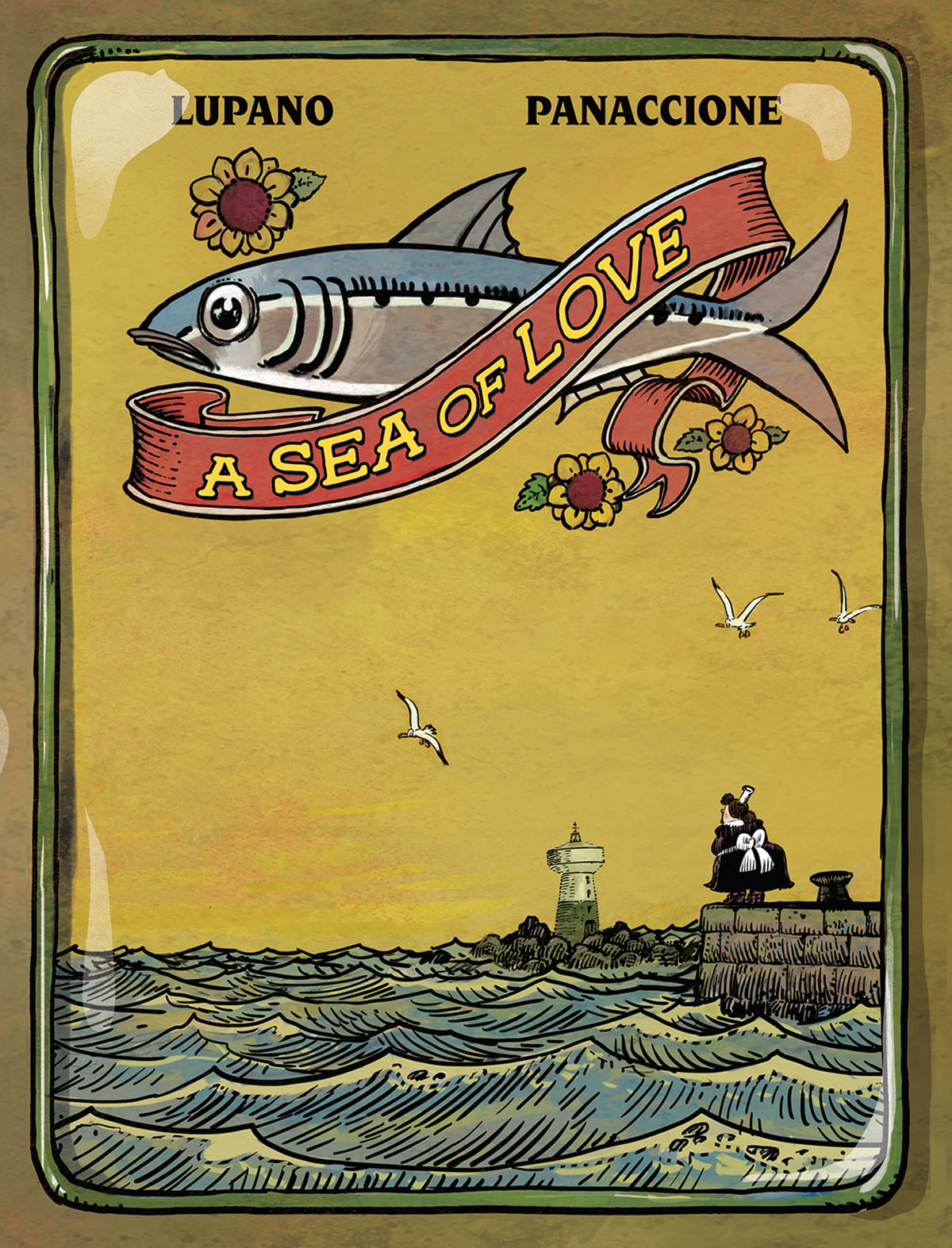 Each morning, a frail, old, bespectacled fisherman heads out to sea, leaving his doting, matronly wife at home patiently caring for the house, awaiting his return in the evening. But one evening he doesn't come home, instead accidentally snared by a much larger, industrial fishing trawler that absentmindedly carries him across the Atlantic. Back home, the village wonders what might have happened, assuming his death, but his wife refuses to give up hope. She consults a fortune teller who sees his visage in a crepe... alive in Cuba. Convinced her husband is still alive, she sets off on an improbable mission to save him.

A Sea of Love was the official selection of FIBD Angouleme and has won numerous awards including Prix de la BD FNAC, and Grand Prix de la BD, 4th Annual Penn Ar BD Festival when it was first published in France in 2015.

Completely wordless, this heartwarming and often hilarious adventure is a testament to not only the power of sequential storytelling, but the power of love itself.
In Shops: Jul 18, 2018
SRP: $24.99