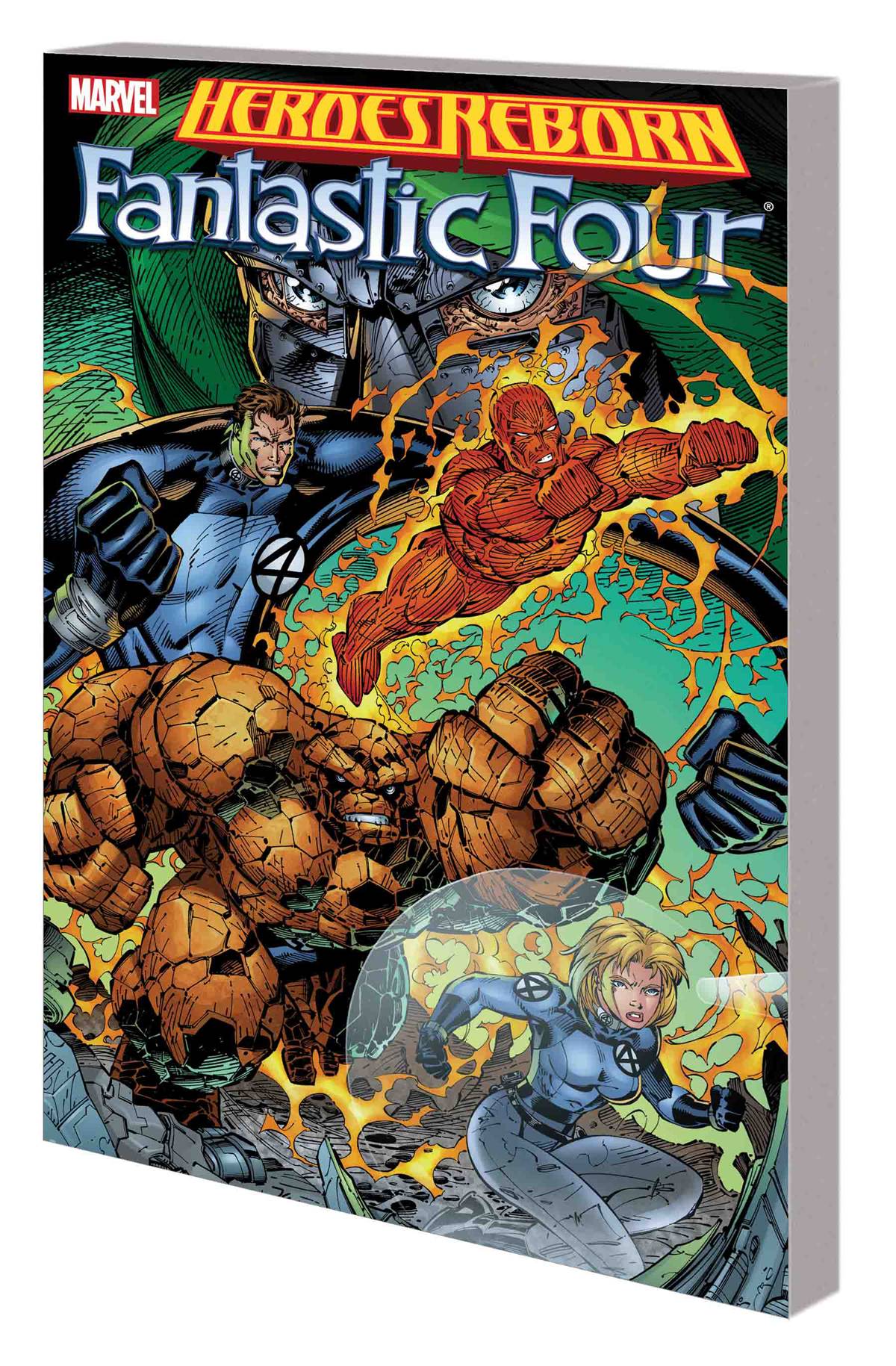 #
MAY180991
(W) Jim Lee, Brandon Choi, Scott Lobdell (A) Brett Booth, Ron Lim (A/CA) Jim Lee
Marvel's greatest heroes reimagined! In 1996, the hottest creators of the day teamed up to reinvent and reinvigorate Marvel mainstays Captain America, Iron Man, the Avengers and the Fantastic Four. Seemingly killed off in the mainstream Marvel Universe, these classic heroes were reborn with bold new looks on a brave new world, their origins re-envisioned with a raw vitality and contemporary sensibility. The reborn Fantastic Four faces menaces from the earth, the sea...and the nation of Latveria! But even the Mole Man, Namor and Doctor Doom himself pale before the threat of Galactus and his Heralds! Featuring the Heroes Reborn versions of the Avengers, S.H.I.E.L.D. and more! Collecting FANTASTIC FOUR (1996) #1-12
Rated T
In Shops: Aug 08, 2018
SRP: $29.99
ORDER WISH LIST