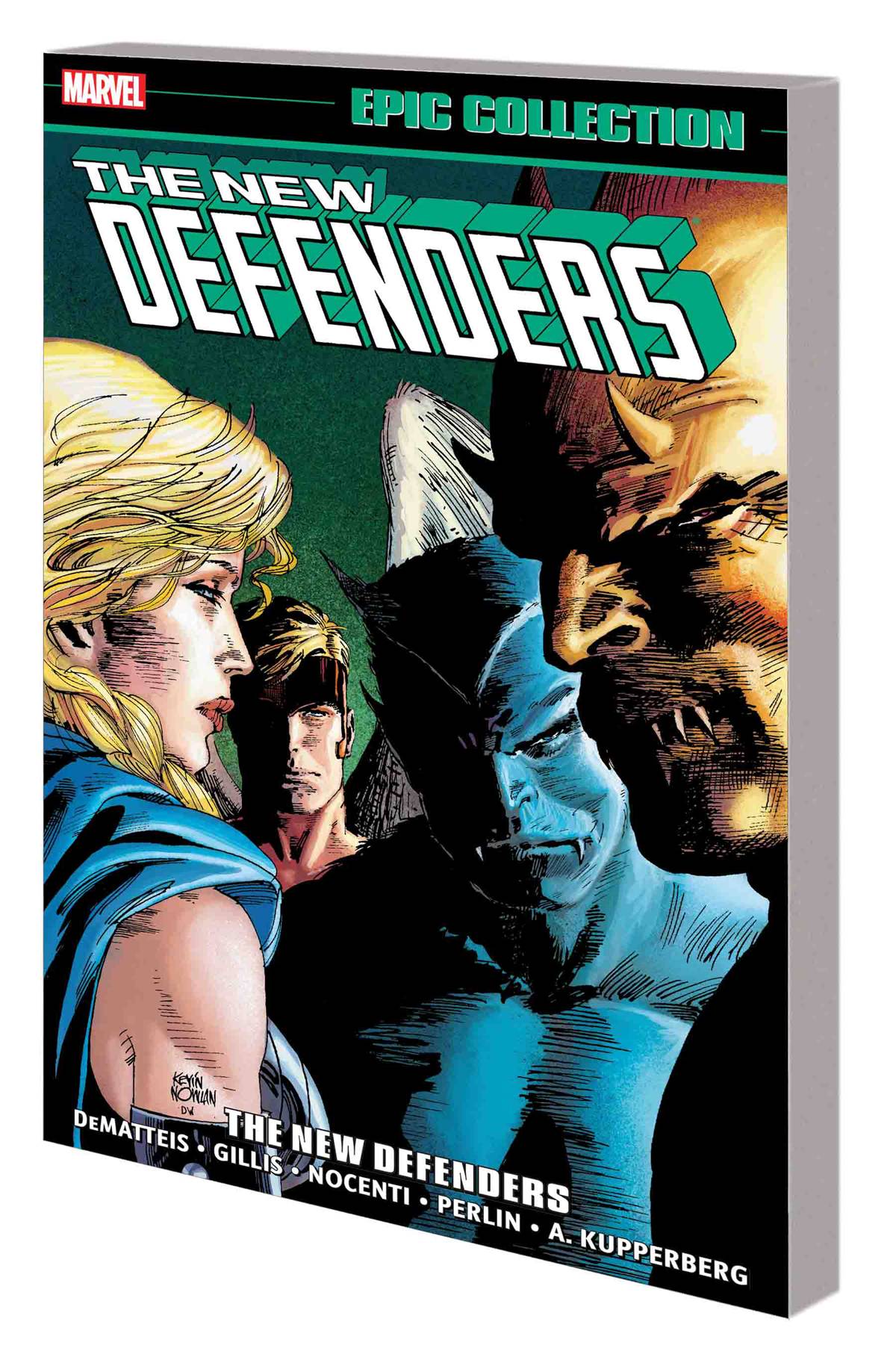 #
MAY180987
(W) J. M. DeMatteis, Peter B. Gillis, Ann Nocenti, Marie Severin (A) Don Perlin, Alan Kupperberg, Sal Buscema, Mike Zeck, Marie Severin (CA) Kevin Nowlan
The Defenders, Marvel's weirdest non-team, have a new roster, a new headquarters and a new leader - they've evolved into a New Defenders! Their adventures are some of the most far-out trips Marvel has ever presented, but what more could you expect from a group consisting of a Valkyrie, a gargoyle, a cosmic psychic, a sentient cloud and a pair of ex-X-Men? Together they'll take on an all-new Secret Empire, killer nuclear spores in human form, the deadly Manslaughter and towering disembodied demons! Guest-starring Nick Fury, Odin, the New Mutants and more! Also featuring two limited series starring the Defenders' Iceman and Beast in solo action - plus rare articles from Marvel's 1980s behind-the-scenes magazine, MARVEL AGE! Collecting DEFENDERS (1972) #126-137, ICEMAN (1984) #1-4 and BEAUTY AND THE BEAST (1984) #1-4.
Rated T
In Shops: Aug 15, 2018
SRP: $39.99
ORDER WISH LIST