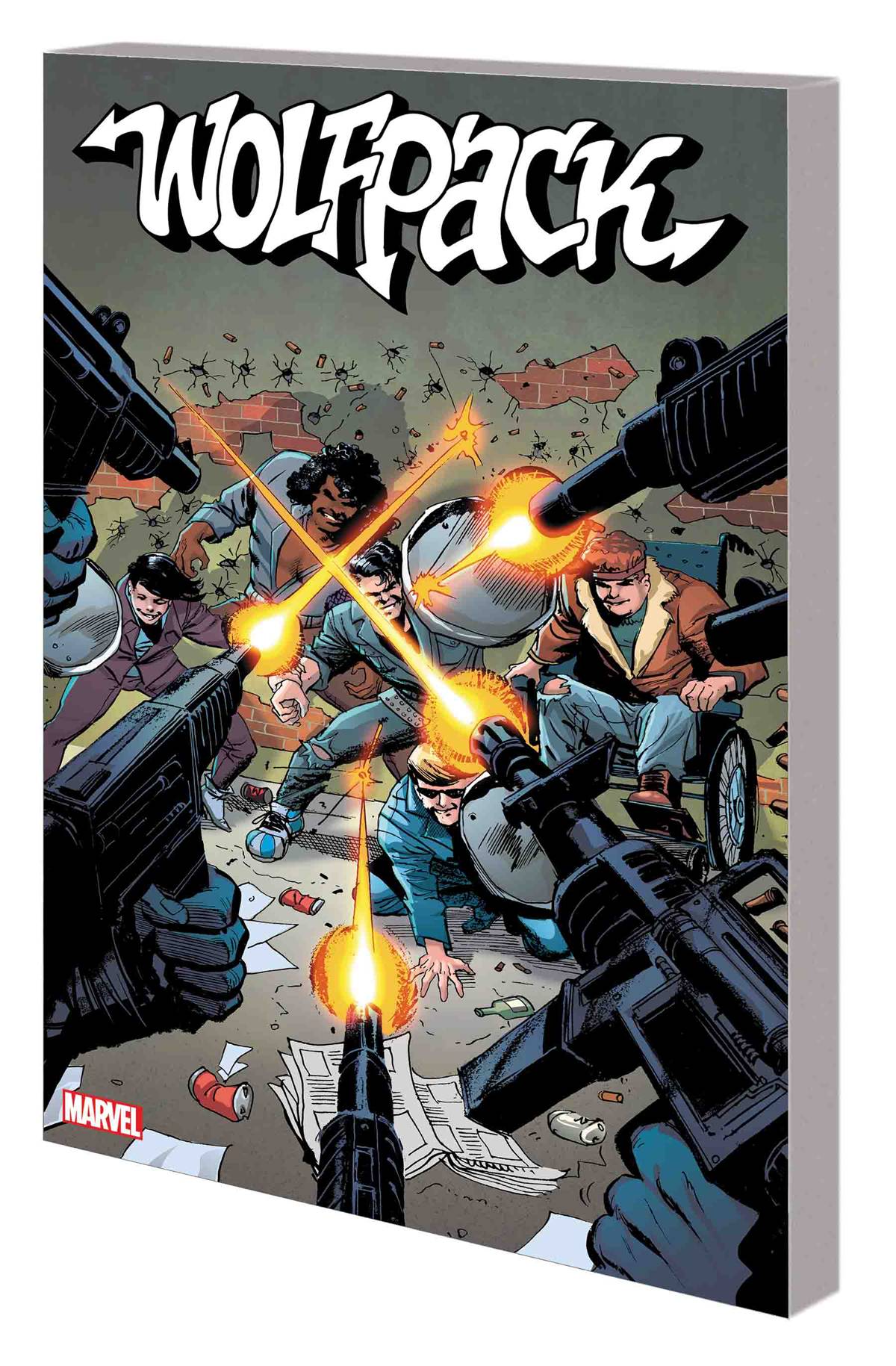 #
MAY180983
(W) Larry Hama, John Figueroa, Ron Wilson (A/CA) Ron Wilson
They are Bronx teenagers chosen for their extraordinary abilities, trained in hand-to-hand combat by the mysterious Mr. Mack until their strength and courage are forged as hard as steel. They are...the Wolfpack! According to legend, they're part of a millennia-old order that serves as righteous balance to the villainous Nine - a group completely devoid of compassion, mercy or charity. And together the 'Pack will fight to save their home from anything the Nine can throw at them. They are martial artist Rafael Vega, bruiser "Slag" Slagley, ninja-skilled Slippery Sam, speedy Sharon and master-planner "Wheels" Wolinski - heroes for the mean streets of the 1980s! But with guns blazing and swords clashing, will all of them survive all-out war for the South Bronx? Collecting MARVEL GRAPHIC NOVEL: WOLFPACK, WOLFPACK #1-12 and material from MARVEL COMICS PRESENTS (1988) #11 and #23.
Rated T+
In Shops: Aug 08, 2018
SRP: $39.99
ORDER WISH LIST