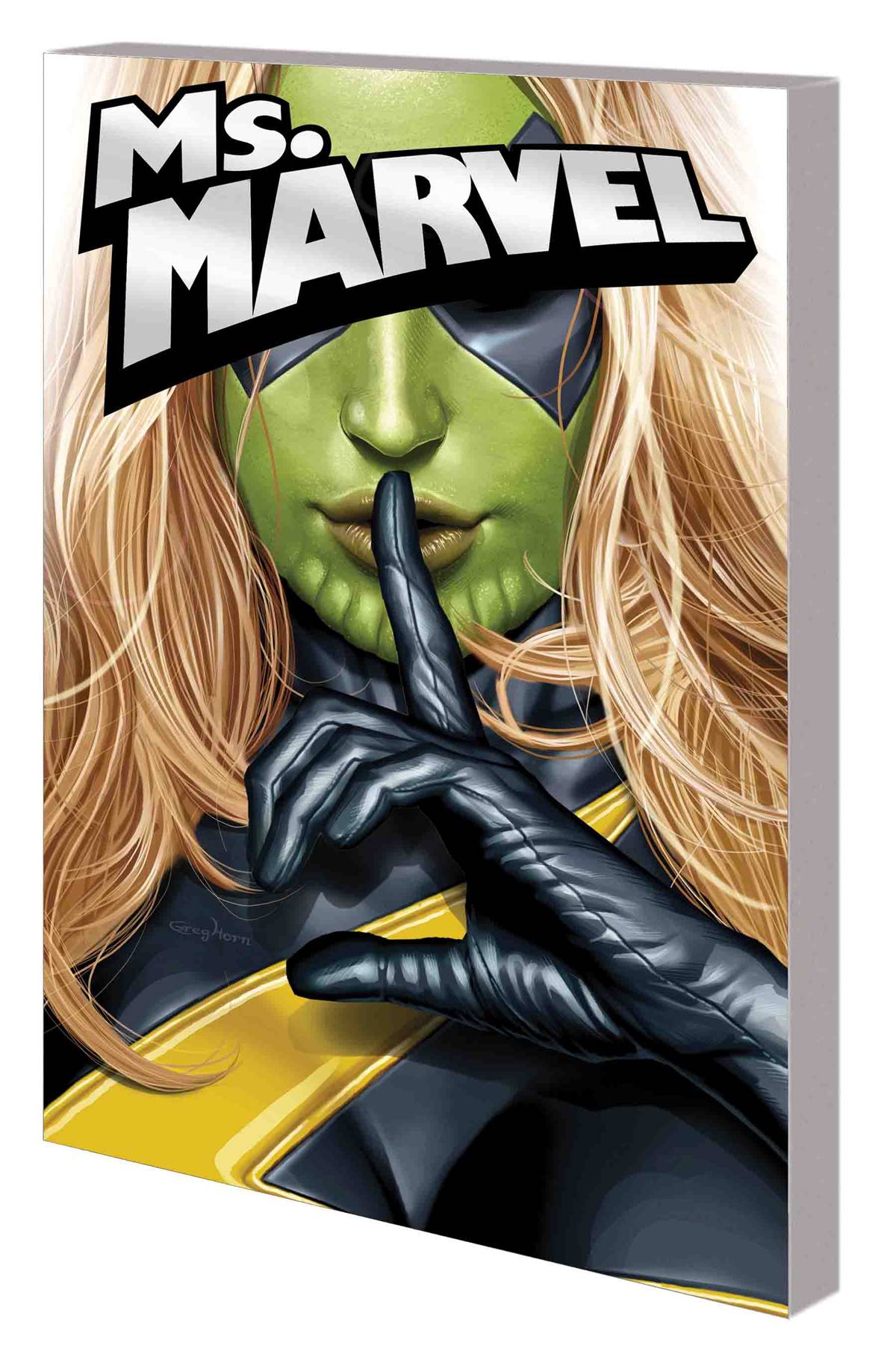 #
MAY180980
(W) Brian Reed (A) Aaron Lopresti, Greg Tocchini, Ron Frenz, Adriana Melo, Andres Coelho, Paulo Siqueira, Marcos Marz, Marc Robinson (CA) Greg Horn
The adventures of Carol Danvers continue! Ms. Marvel drafts two new recruits from the Avengers Initiative: Machine Man and Sleepwalker! And when the young hero Araña is kidnapped, it's time for Carol to use her newly expanded Lightning Strike Force to squash an evil that hits too close to home! Then, when the Skrull Secret Invasion is revealed, is Ms. Marvel on the front lines - or part of the infiltration herself? Outgunned and on the run, with S.H.I.E.L.D. convinced she's a Skrull impostor, Carol must fight for her identity and her life against her very own squad - but they have a Ms. Marvel of their own! Plus: Carol faces a death in the family, fights to rebuild after the Skrull ordeal and has a run-in with the ever-Amazing Spider-Man! Collecting MS. MARVEL (2006) #18-34 and ANNUAL #1.
Rated T+
In Shops: Aug 01, 2018
SRP: $39.99
View All Items In This Series
ORDER SUBSCRIBE WISH LIST