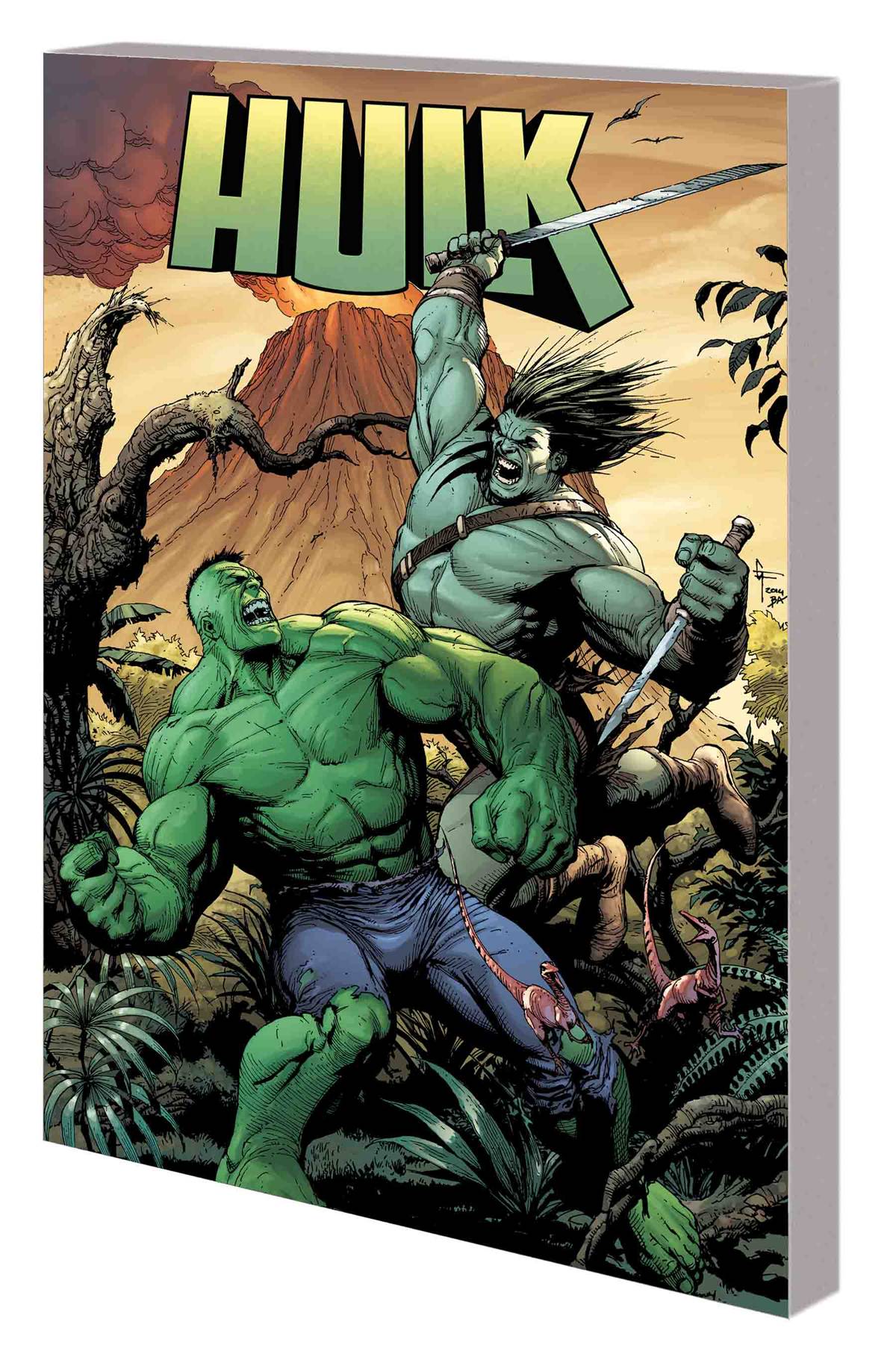 #
MAY180978
(W) Mark Waid, Gerry Duggan, Aubrey Sitterson, Monty Nero, Kieron Gillen (A) Mark Bagley, Luke Ross (CA) Gary Frank
Bruce Banner lies at death's door, shot in the head by an unknown assailant. And only the Hulk can save him! But as Banner goes to a dark place, he could drag the Avengers down with him. A secret that smashes Bruce Banner and Tony Stark's friendship is revealed - and when Stark takes extreme measures to save Banner's life, a new Hulk emerges. Call him Doc Green. He's intelligent, ruthless and plans to cure everyone transformed by gamma radiation - whether they like it or not! We're talking Rick "A-Bomb" Jones, multiple She-Hulks and Thunderbolt Ross, the Red Hulk! But Ross won't go down without one heck of a fight. And will Doc Green's peacekeeping plans accidentally unleash an even greater threat? The next step in the Hulk's evolution is here! Collecting HULK (2014) #1-16 and ANNUAL #1, and ORIGINAL SIN #3.1-3.4.
Rated T+
In Shops: Aug 22, 2018
SRP: $39.99
ORDER WISH LIST