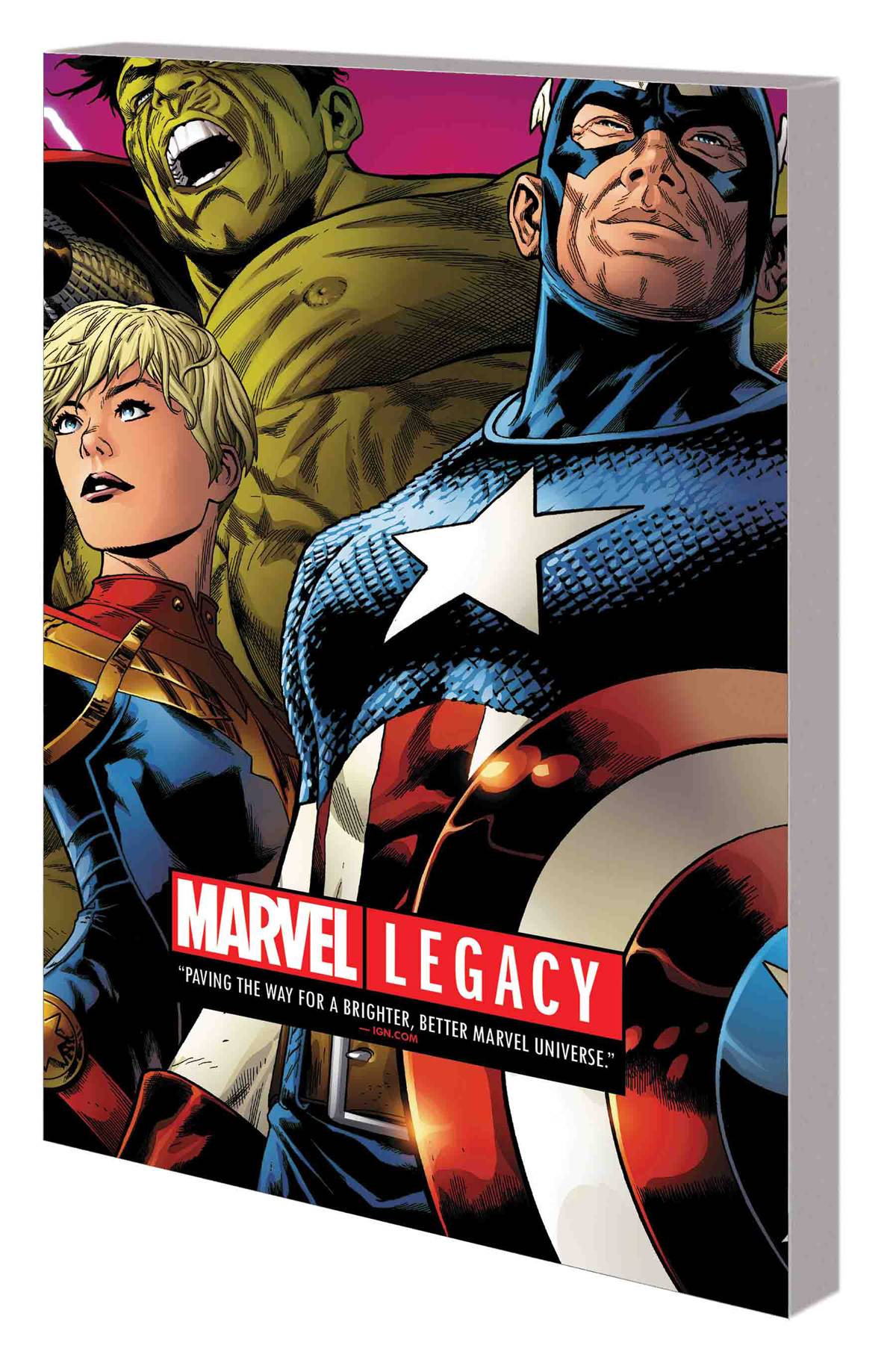 #
MAY180971
(W) Jason Aaron, Robbie Thompson (A) Esad Ribic, Steve McNiven, Russell Dauterman, Chris Samnee, Alex Maleev, Stuart Immonen, Pepe Larraz, Jim Cheung, Daniel Acuna, Greg Land, Ed McGuinness, Mark Bagley (CA) Joe Quesada
Celebrate the Marvel Legacy as we enter a brave new era! It begins at the dawn of the human race and ends with a child's prayer! In between, empires fall, mysteries brew, secrets are revealed, quests are undertaken and legends are forged! And it all leads up to a dramatic return you've been waiting for - and one you've been dreading! Jason Aaron, Esad Ribic and a host of superstar artists deliver an epic story that will touch every corner of the Marvel Universe. It's everything you've been longing for - and more! Plus: A complete collection of the Marvel Legacy Primer Pages - short stories that reveal everything you need to know about the Marvel Universe's greatest heroes! And the return of Marvel's beloved fan magazine, FOOM! Collecting MARVEL LEGACY #1, FOOM! MAGAZINE (2017) #1 and the MARVEL LEGACY Primer Pages.
Rated T+
In Shops: Aug 01, 2018
SRP: $29.99
ORDER WISH LIST