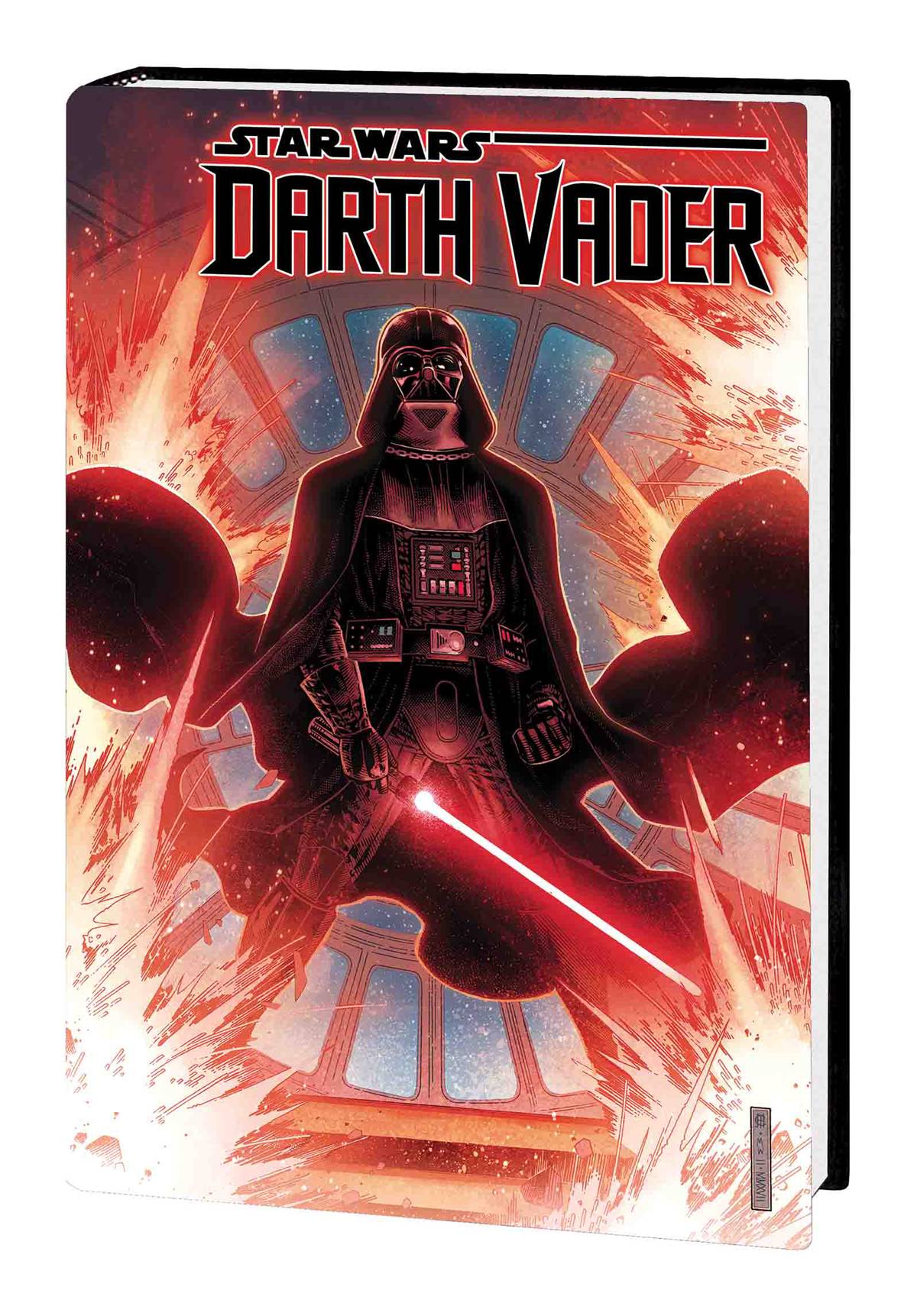 #
MAY180961
(W) Charles Soule (A) Giuseppe Camuncoli (CA) Jim Cheung
Explore Darth Vader's early history! Picking up directly where Star Wars: Episode III Revenge of the Sith ends, follow Vader as he receives his legendary red lightsaber and rises to power as a Dark Lord of the Sith! When Anakin Skywalker fell, both to the pull of the dark side and the blade of Obi-Wan Kenobi, he rose back up, more machine than man. Having lost everything that was once dear to him, he now takes his first steps into a darker world - beginning by hunting down and eradicating the galaxy's remaining Jedi! But Jocasta Nu, librarian of the Jedi Temple, is making a desperate effort to gather and preserve whatever she can of the religion's legacy. Palpatine views her as a particular threat to the Empire - does her knowledge make her a one-woman Jedi Order? Collecting DARTH VADER (2017) #1-12.
Rated T
In Shops: Oct 24, 2018
SRP: $34.99
View All Items In This Series
ORDER WISH LIST