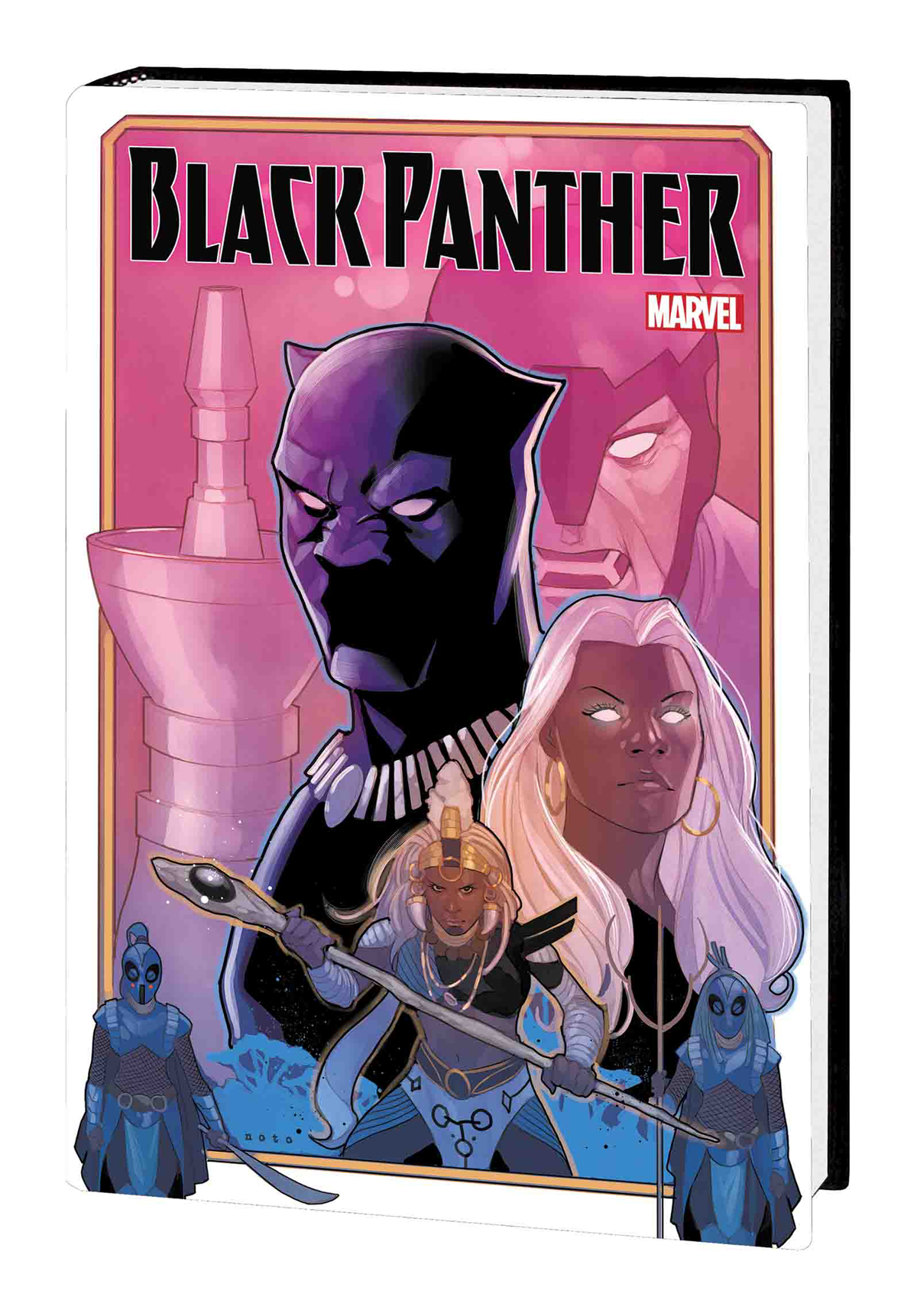 MAY180956
(W) Ta-Nehisi Coates (A) Wilfredo Torres, Jacen Burrows, Adam Gorham, Chris Sprouse, Leonard Kirk (CA) Brian Stelfreeze
Eons ago - before Black Panthers, before Wakanda, before time itself - there were only the Orishas! The pantheon of gods and goddesses from which the world as we know it was manifested: Asali. Ogutemeli. Bast. But now, when Wakanda burns, they are silent. Where have all the gods of Wakanda gone? And what came before even the Orishas? Find out as the terrifying Originators return! The Black Panther's greatest foe is back as well, ready for war - and Klaw plans to stand supreme! All this is only the beginning as a cadre of villains strikes, monsters pour through strange gateways, and Wakanda is brought to its knees! T'Challa must defend his country from within - and turn to unlikely allies from without. Who will join the king's ill-fated crusade? The answers will surprise you! Collecting BLACK PANTHER (2016) #13-18 and #166-172.
Rated T
In Shops: Nov 14, 2018
SRP: $34.99
View All Items In This Series