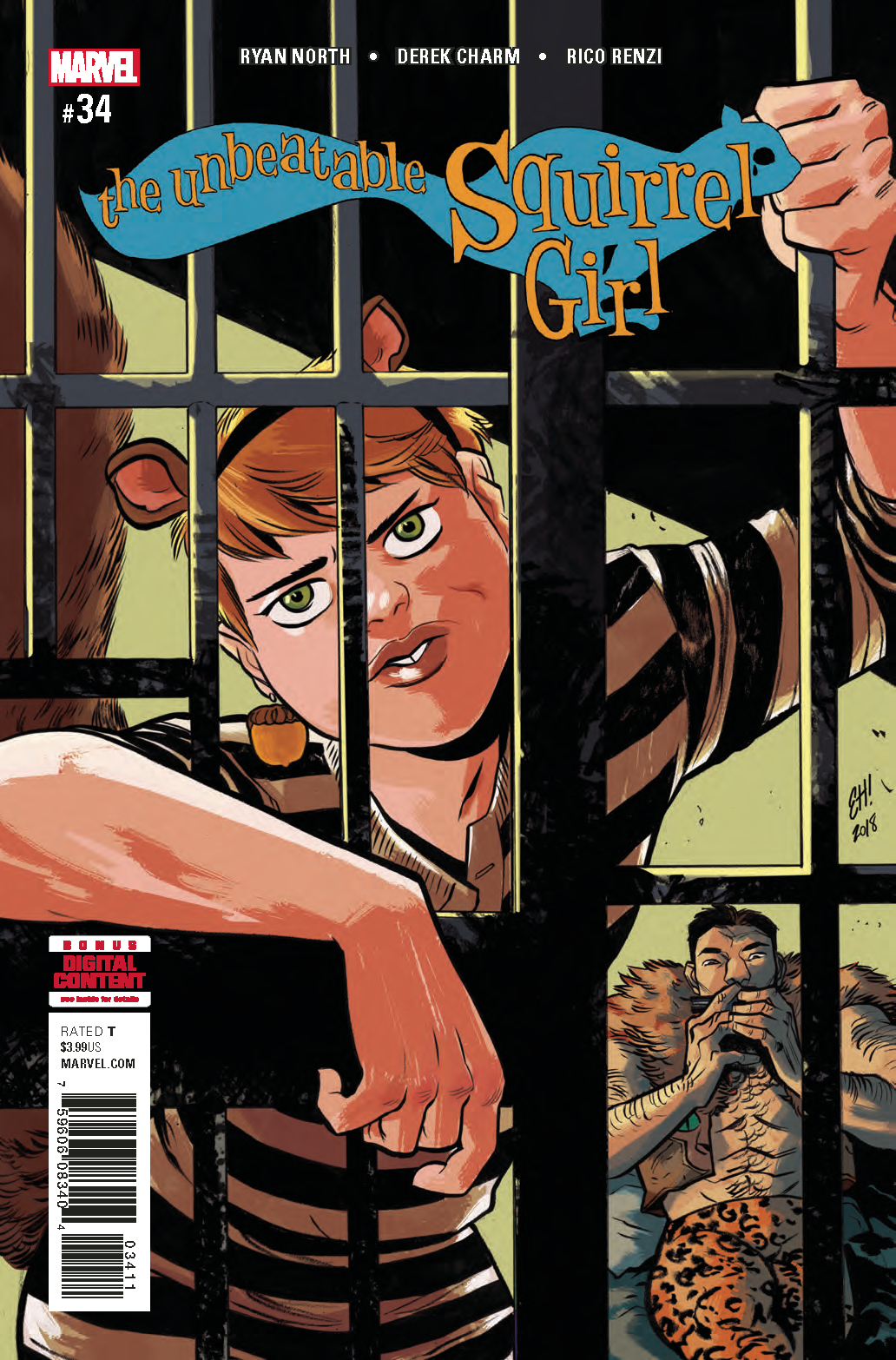 MAY180890
(W) Ryan North (A) Derek Charm (CA) Erica Henderson
• Squirrel Girl and Kraven have had a nice day out as civilians, instead of their usual costumed identities! It was really straightforward and uneventful...
•  ...is what we'd be saying if this was a way more boring comic, WHICH IT ISN'T! Instead we can say that Squirrel Girl and Kraven battled Mojo's evil clone and saved the city from his deadly machinations. Then they all got arrested!
•  When Doreen Green and Sergei Kravenoff end up BEHIND BARS, can they be saved? Will they even make it to trial? And who will be their lawyer?
•  We can answer that last one: It's obviously going to be none other than JENNIFER WALTERS, the incredible SHE-HULK!
•  Doreen behind bars! Kraven on the stand! And a conclusion to the trial that nobody will see coming! It's all this and more in this particular Marvel comic!
Rated T
In Shops: Jul 11, 2018
SRP: $3.99
View All Items In This Series