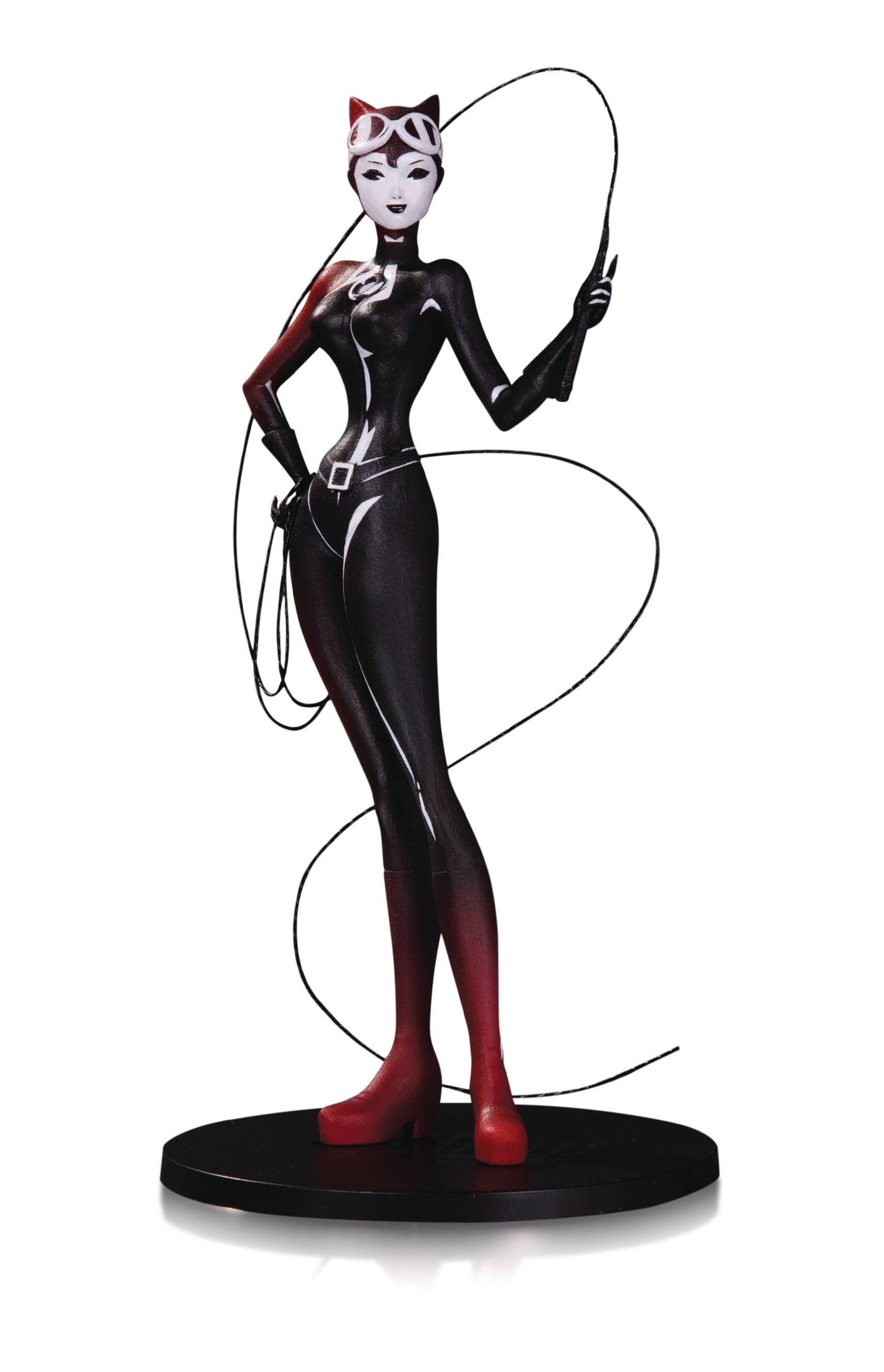 # #
MAY180602
DC Collectibles invites you to walk Artists Alley, where Harley Quinn, Catwoman and Poison Ivy have never looked so cool. Inspired by the comic convention experience, DC ARTISTS ALLEY is an artist-focused limited-edition vinyl figure line that merges indie design with the most iconic characters in the DC Universe. Sho Murase is half Japanese and half Korean. She grew up in Europe and has been living in San Francisco, California for the past 10-plus years. This mix of cultures is reflected in her work, merging Asian, manga and Western art influences with a personal, dark twist. Sho has been working for advertising/animation/entertainment industries, making style guides, pitch packages and design work. In her spare time, she works on her personal art. Her artwork has been exhibited at the German Film Museum in Frankfurt and the Louisiana Modern Art Museum in Denmark, among other places.
STANDARD FIGURES
Limited to 3,000 pieces and individually numbered.
Figures measure 6.75" tall
Allocations may occur
In Shops: Nov 28, 2018
SRP: $40.00