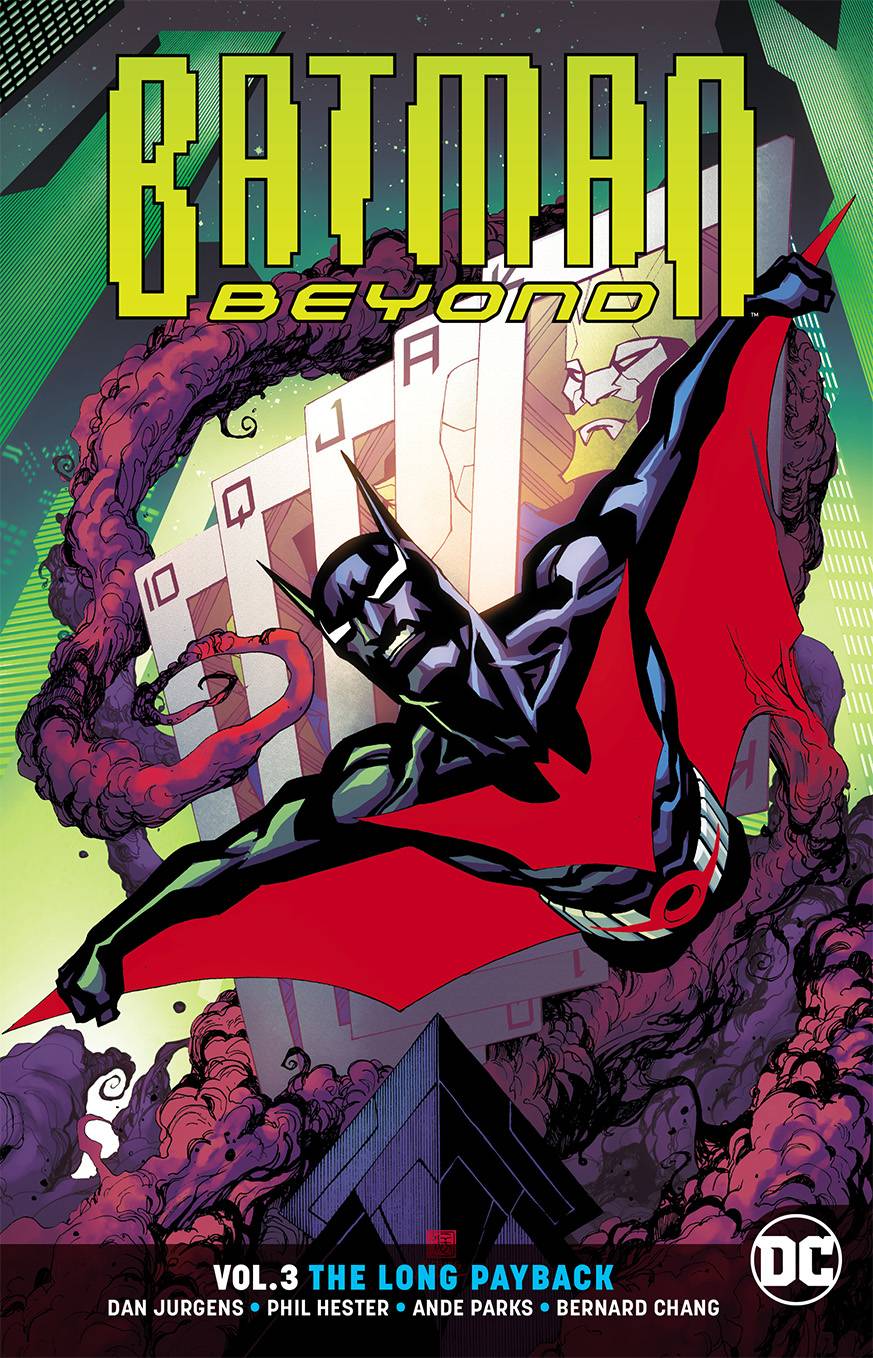 #
MAY180568
(W) Dan Jurgens, Bernard Chang (A) Phil Hester, Ande Parks (A/CA) Bernard Chang
Terry McGinnis and Bruce Wayne return to Neo-Gotham as Terry dons a brand-new Batsuit. But before he can even get his bearings, the Royal Flush gang is after him. Topping things off, someone behind the scenes is coordinating an attack by Batman's greatest villains against him, forcing Terry to overcome multiple threats if he has any hope of discovering who's pulling the strings and manipulating Neo-Gotham's underworld against him. Collects issues #13-19.
In Shops: Aug 08, 2018
SRP: $16.99
View All Items In This Series
ORDER SUBSCRIBE WISH LIST