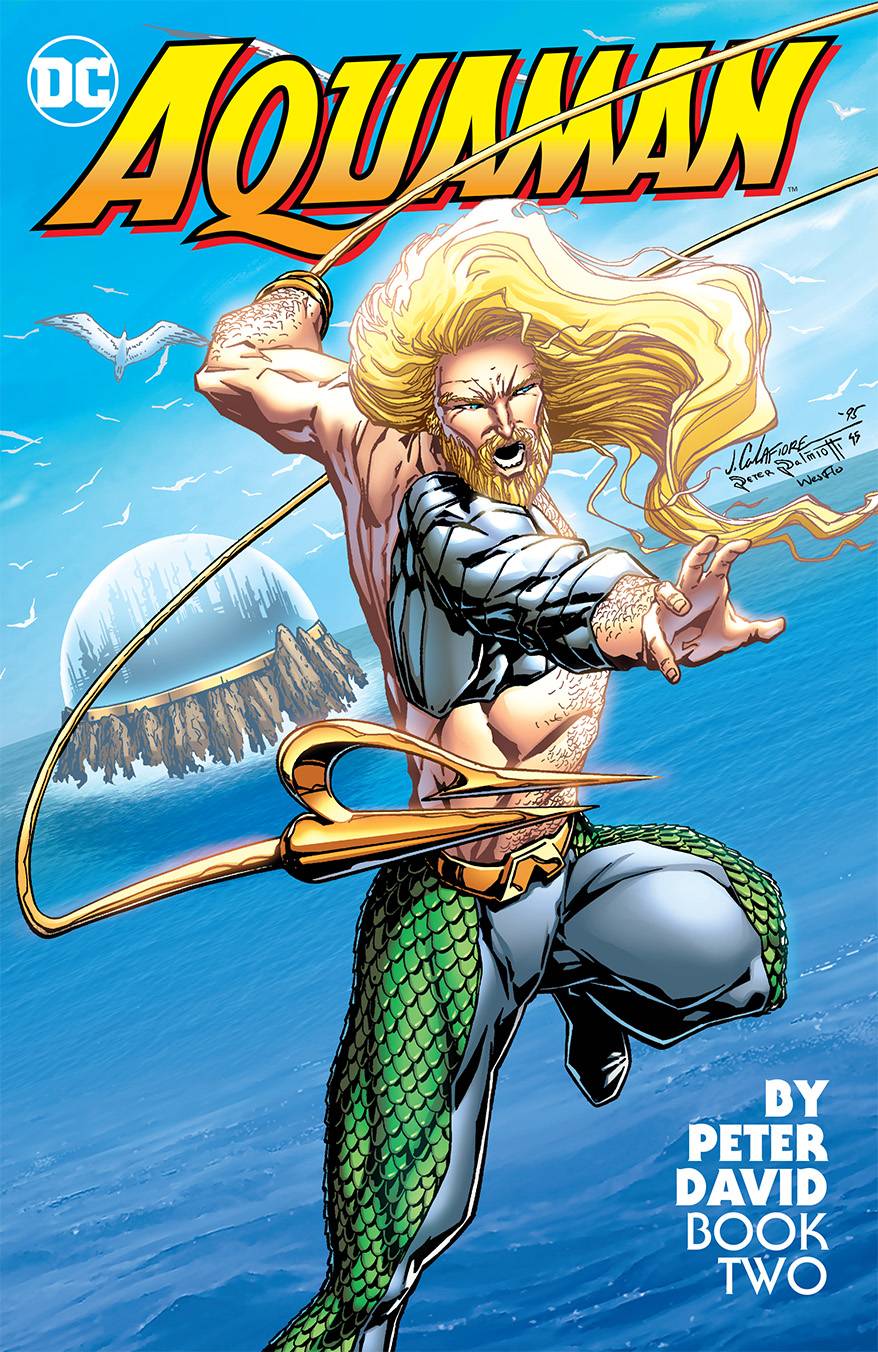 #
MAY180564
(W) Peter David (A) Joe St. Pierre, Martin Egeland, Casey Jones, Phil Jimenez, Howard M. Shum, Mark McKenna, John Stokes, Rodney Ramos (A/CA) Jim Calafiore, Peter Palmiotti
In this second volume of undersea tales written by Peter David, an assassin called Deadline has been hired to kill Aquaman. To make matters worse, Aquaman's harpoon hand has been melted from his recent battles, and he must go to S.T.A.R. Labs in Metropolis to get a replacement. Will Aquaman be able to replace his "hand" in time to save the city of Poseidonis and avoid the hit that's been put out on him? Collects  AQUAMAN #9-20 and AQUAMAN ANNUAL #1.
In Shops: Aug 08, 2018
SRP: $29.99
View All Items In This Series
ORDER WISH LIST