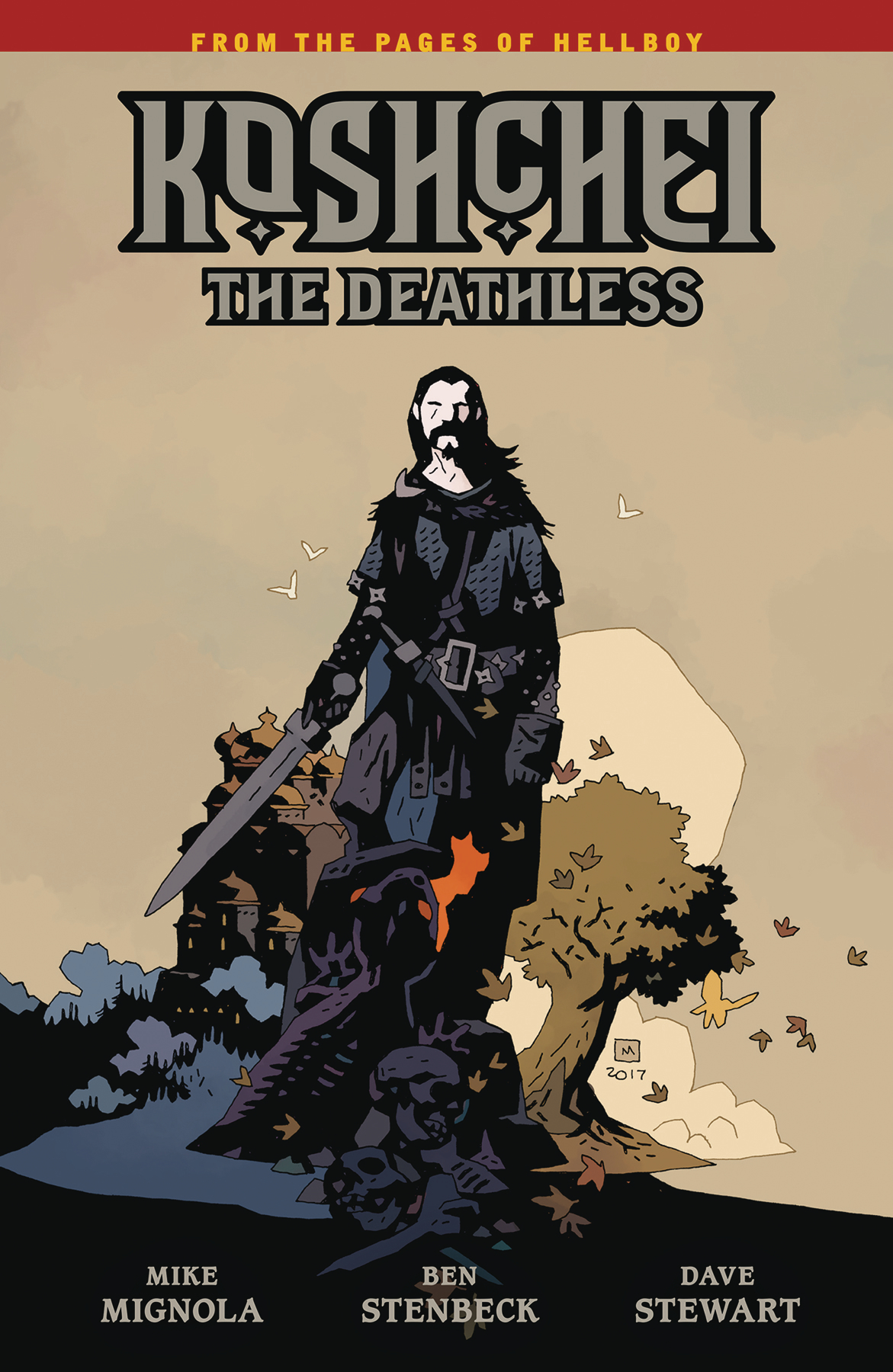 MAY180373
(W) Mike Mignola (A) Ben Stenbeck (CA) Mike Mignola
Sent to kill Hellboy by the Baba Yaga in Darkness Calls, Koshchei the Deathless hinted at a long and tragic life before being enslaved to the Russian witch. Now Koshchei relives every horrible act on his road to immortality and beyond, with none other than Hellboy himself-in Hell.
Mignola reunites with one of his favorite collaborators, Ben Stenbeck (Frankenstein Underground, Witchfinder: In The Service of Angels, Baltimore) to explore Koshchei's past. This volume collects the complete six-issue series plus bonus material.
In Shops: Sep 12, 2018
SRP: $19.99