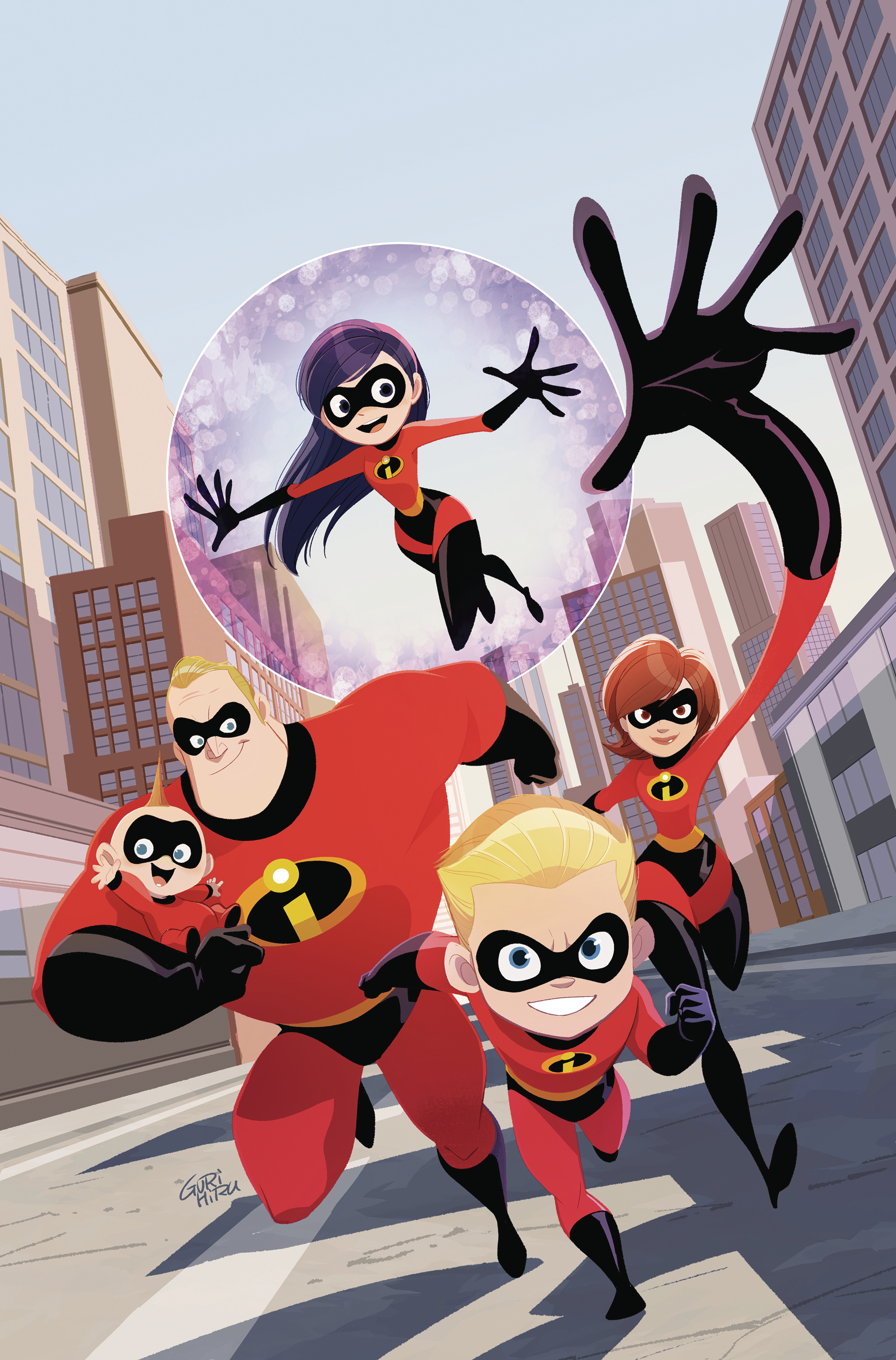 MAY180325
(W) Christos Gage, Landry Quinn Walker (CA) Gurihiru
Dedicating a new submarine, Mr. Incredible is interrupted by the dastardly Bomb Voyage-who is intent on crushing the crowd of onlookers underneath the sub! Mr. Incredible's struggle to save the day has him questioning his Super powers-could something be wrong?

Meanwhile, Bob tells Jack-Jack a bedtime story that has Violet and Dash calling foul: this battle from his glory days seems too amazing to be true. Then, on a visit to the park, Jack-Jack uses his powers to overcome a worthy opponent!

o Three original stories are set during and after Disney o Pixar's The Incredibles 2 feature film!

o Written by Christos Gage from Buffy the Vampire Slayer and Amazing Spider-Man!
In Shops: Jul 11, 2018
SRP: $3.99
View All Items In This Series