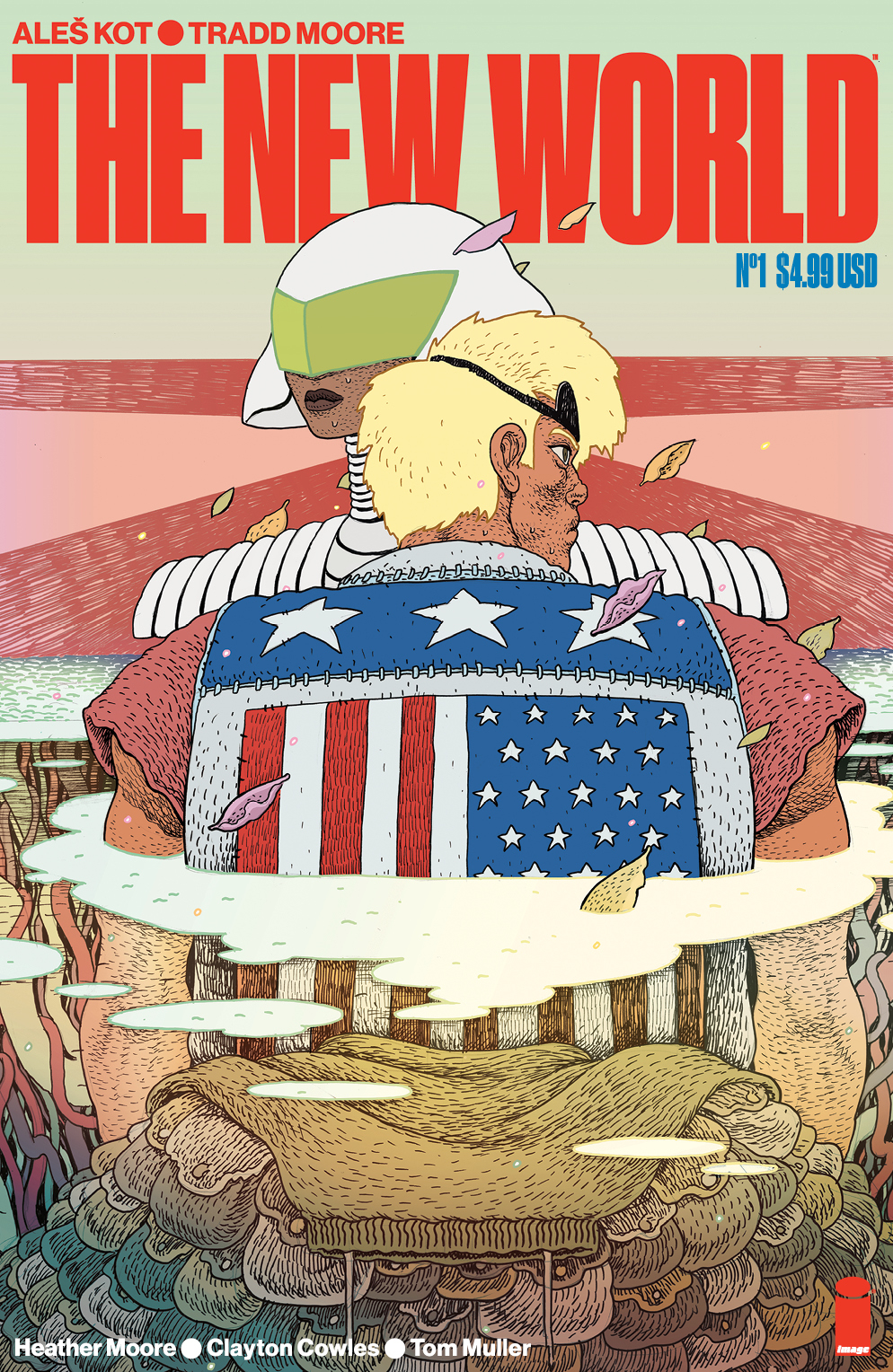 The United States of America-after the Second Civil War. Two lovers meet. One: a straight-edge vegan hacker anarchist boy with a penchant for messing with the State. The other: a chaotic, hedonistic cop with a reality TV show and a license to kill. This really shouldn't happen-and yet, somehow, it does. And soon, the entire state of New California is after them.

This ballistic sci-fi action romance miniseries-in the vein of Mad Max and Romeo and Juliet-from ALE KOT, TRADD MOORE, and HEATHER MOORE begins with a massive-sized debut issue, and features a backup comic introducing the talents of AARON STEWART-AHN and SUNANDO C!
In Shops: Jul 25, 2018
SRP: $4.99
View All Items In This Series
ORDER WISH LIST