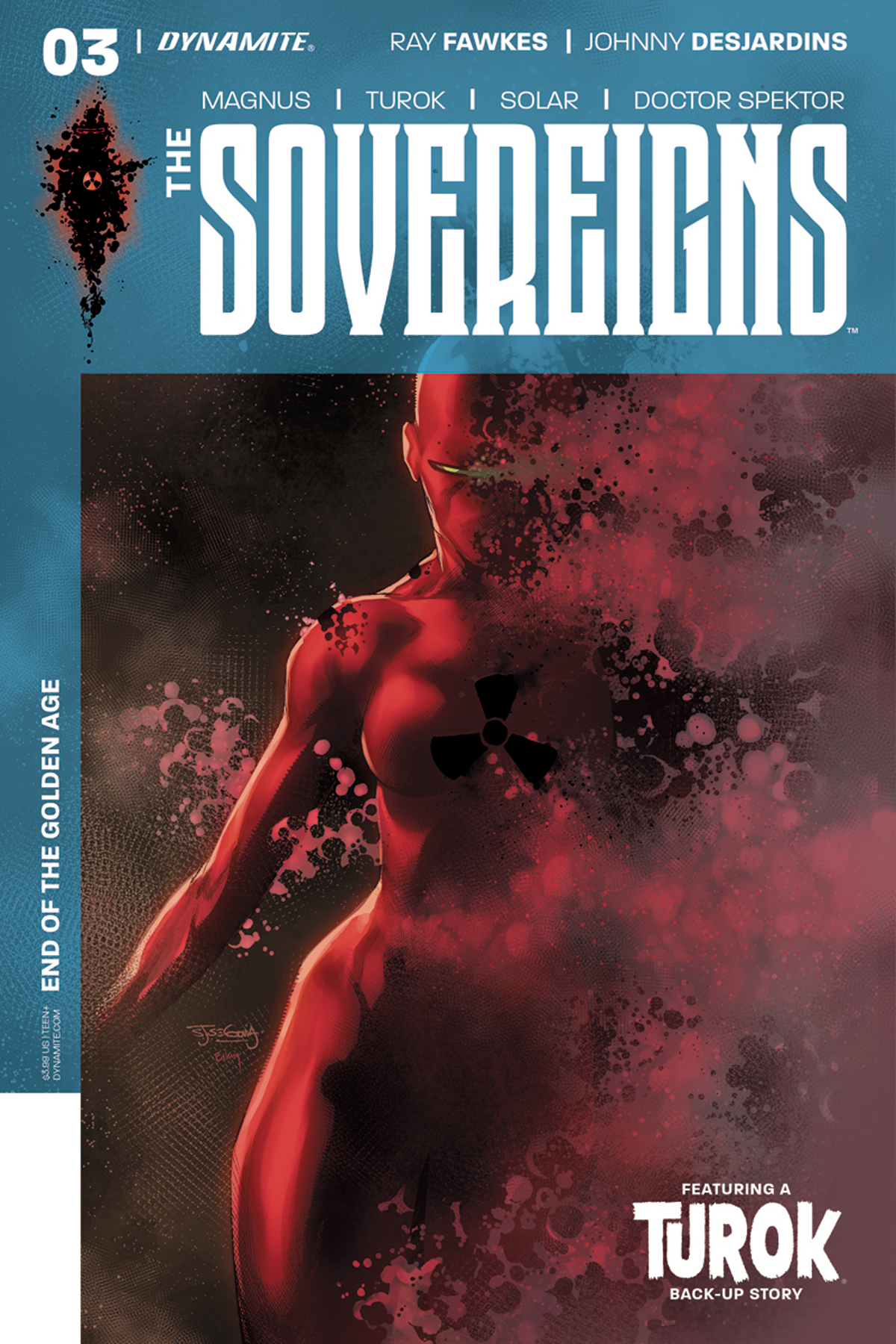 MAY171425
(W) Ray Fawkes, Chuck Wendig (A) Johnny Desjardins, Alvaro Sarreseca (CA) Stephen Segovia
The last days of the heroic age have arrived, threatening not just the existence of Earth's protectors but humankind itself. As chaos envelops the world, Magnus discovers how human he really is, while Solar solves a truly shocking mystery! And prepare yourself for Turok's Lost Valley like you've NEVER seen it before!
BONUS TUROK STORY: The penultimate chapter of Turok's tale! Turok and his uncertain ally Arthok have been captured by the cruel ruler of Railtown, reuniting Arthok with his lost love - but at what cost? Because now they've both been sentenced to DEATH!
In Shops: Jul 12, 2017
SRP: $3.99
View All Items In This Series