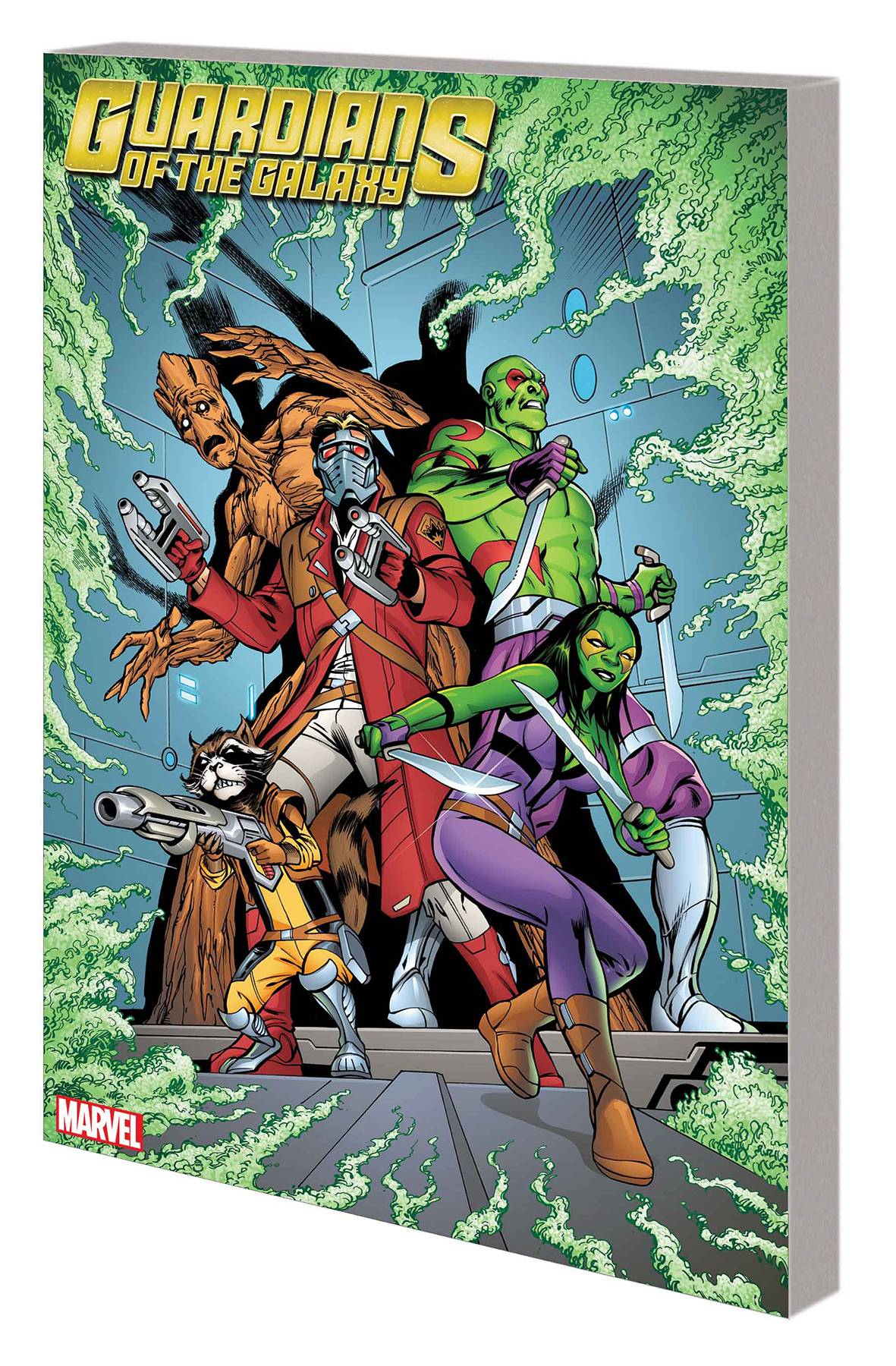 #
MAY170965
(W) Jim Starlin (A/CA) Alan Davis
Two celebrated talents take on the Guardians of the Galaxy! The Guardians owe everyone on Knowhere money, so they're forced to do a job for the local police. But that causes them to run afoul of Pip the Troll and a mysterious entity known only as Mother Entropy - and that's when the fun begins! Mother Entropy puts Pip and the Guardians to the test, to determine which of them will rule on her behalf in this plane of reality! But where does everyone's favorite Titan, Thanos, come in? And how about Gladiator and the Shi'ar? The final test will involve - what else - a no-holds-barred brawl at Starlin's Bar! Who will be the last Guardian standing to face a monstrous villain all on their lonesome? Collecting GUARDIANS OF THE GALAXY: MOTHER ENTROPY #1-5.
Rated T
In Shops: Aug 23, 2017
SRP: $15.99