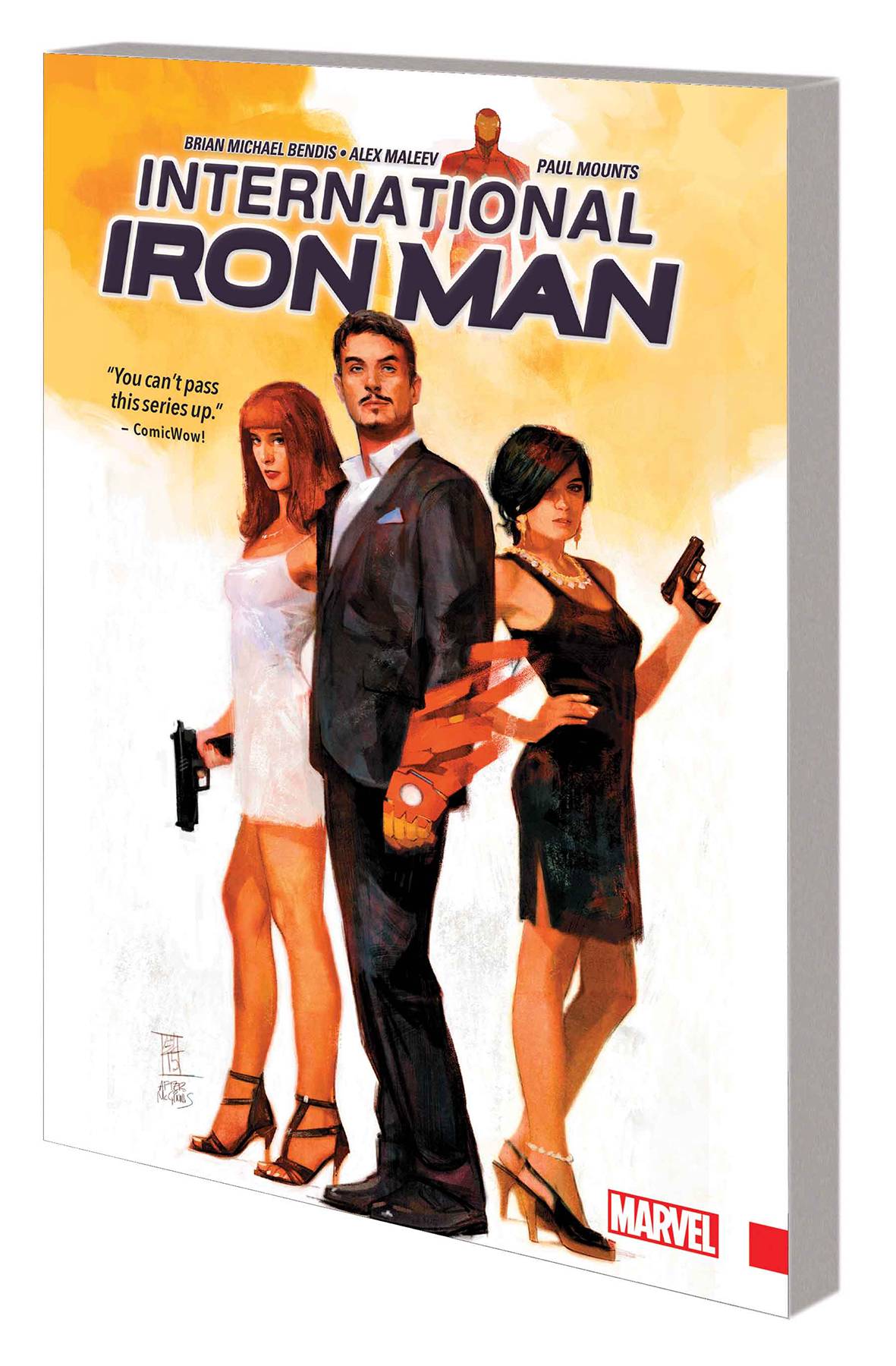 #
MAY170964
(W) Brian Michael Bendis (A/CA) Alex Maleev
The award-winning creative team that turned Daredevil's life upside down sets its sights on Iron Man! But who is Tony Stark? Since learning he was adopted, this question has cast a shadow over his life. Now, it's time to uncover his true legacy - a journey that will carry Tony into new directions as both a man and an armored adventurer. Alongside unlikely quasi-ally Doctor Doom, Iron Man will discover answers to questions he never knew existed! But as a new international crime boss beats him at every turn, can Tony unravel the mystery of his past before deadly history repeats itself? Revelations will send him reeling - and even if Iron Man makes it out alive, his new standing in the Marvel Universe might be the death of him! Collecting INTERNATIONAL IRON MAN #1-7.
Rated T+
In Shops: Aug 09, 2017
SRP: $24.99
ORDER WISH LIST