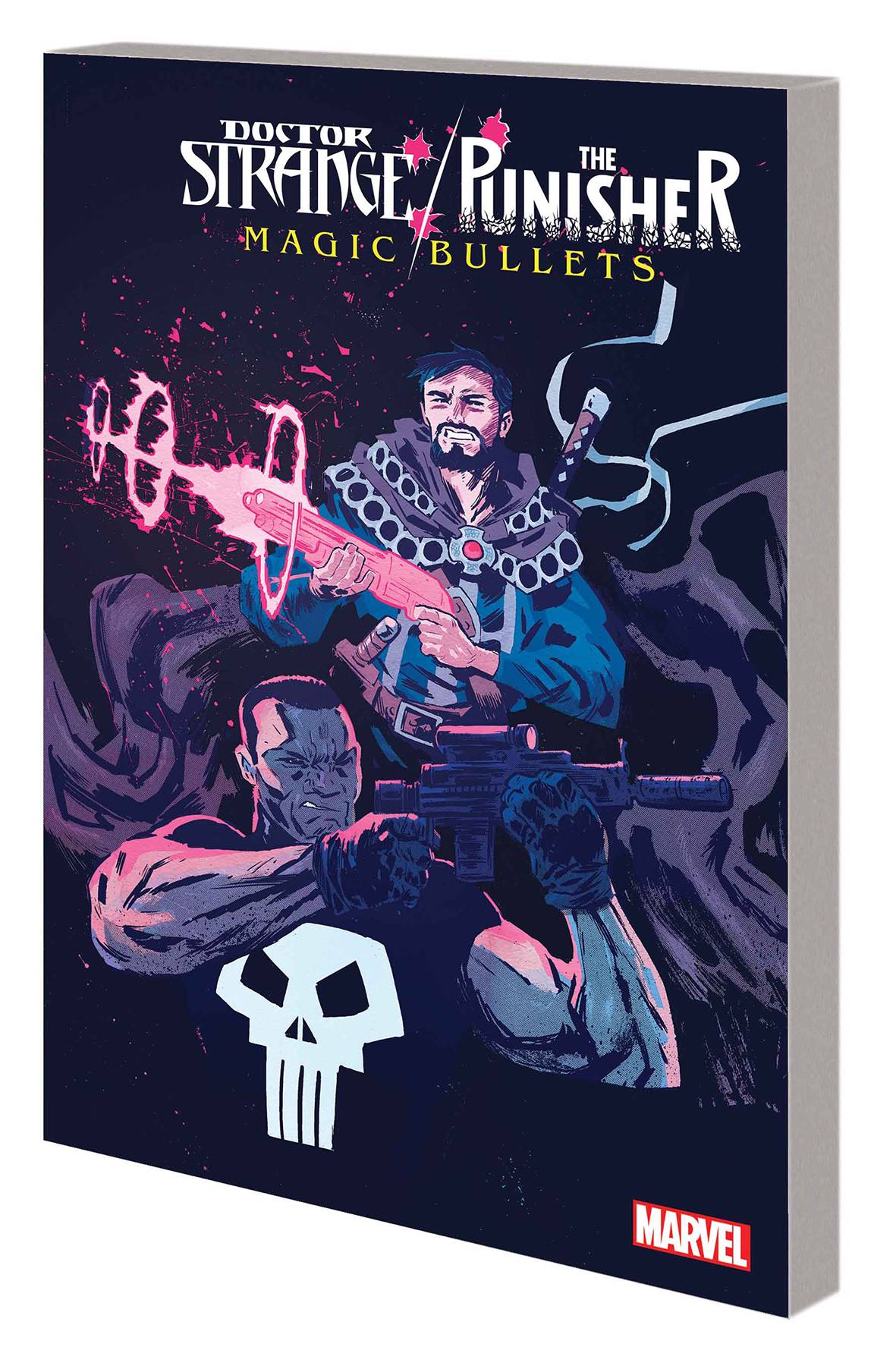 #
MAY170962
The Master of the Mystic Arts and the One-Man War on Crime unite their unique talents! When mafia demons strike, it'll take the combined skills of Doctor Strange and the Punisher to stop them! But does this mean Stephen Strange will adopt Frank Castle's lethal ways? Or will the Punisher learn some new tricks? The Sorcerer Supreme works on being a little more grounded, while Frank expands his worldview in surprising new directions. But with monstrous mobsters on the rampage, this mismatched pair have their work cut out for them! The very different worlds of two of Marvel's most unique characters collide, and the fate of New York is at stake! Collecting DOCTOR STRANGE/PUNISHER: MAGIC BULLETS #1-4.
Rated T+
In Shops: Aug 30, 2017
SRP: $15.99
ORDER WISH LIST