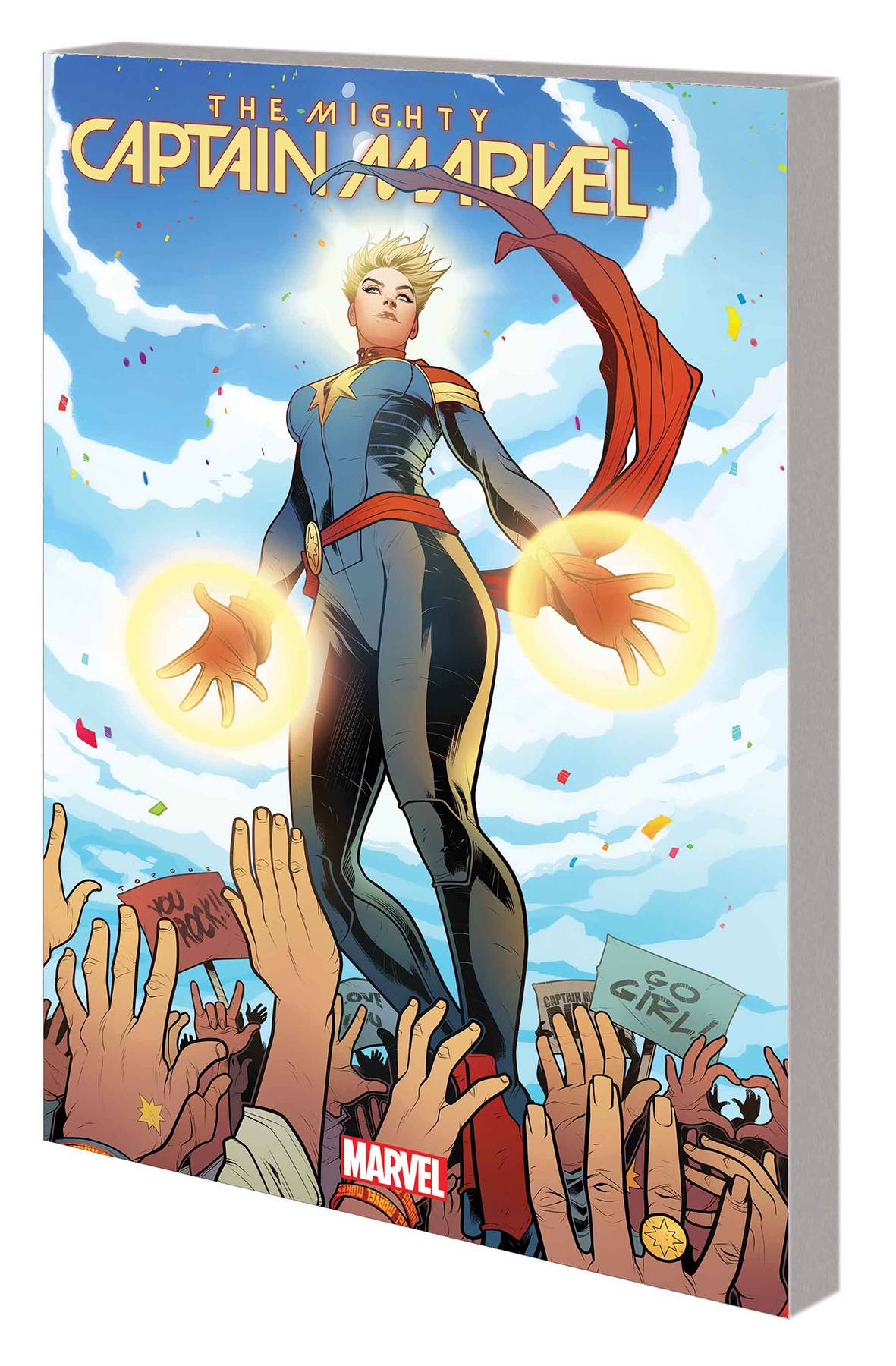 #
MAY170953
(W) Margaret Stohl (A) Ramon Rosanas (CA) Elizabeth Torque
Behold the mightiest, fightiest super hero around! Carol Danvers has been to the depths of outer space and back, but that still hasn't prepared her for her newfound status as the greatest there is. She returns to her helm as Alpha Flight commander with the world cheering her on - but has Captain Marvel become someone she no longer recognizes? She'd rather focus on the job, so when her crew discovers that a shady character is hunting for alien-refugee children, Carol jumps on the case. But an elusive enemy draws closer to destroying everything she and her Alpha Flight teammates have sworn to protect! Oh, how the mighty will fall! New York Times-best-selling author Margaret Stohl (Beautiful Creatures, Black Widow: Forever Red) makes her comics-series debut with a blockbuster Marvel story! Collecting MIGHTY CAPTAIN MARVEL #0-4.
Rated T+
In Shops: Aug 23, 2017
SRP: $15.99
View All Items In This Series