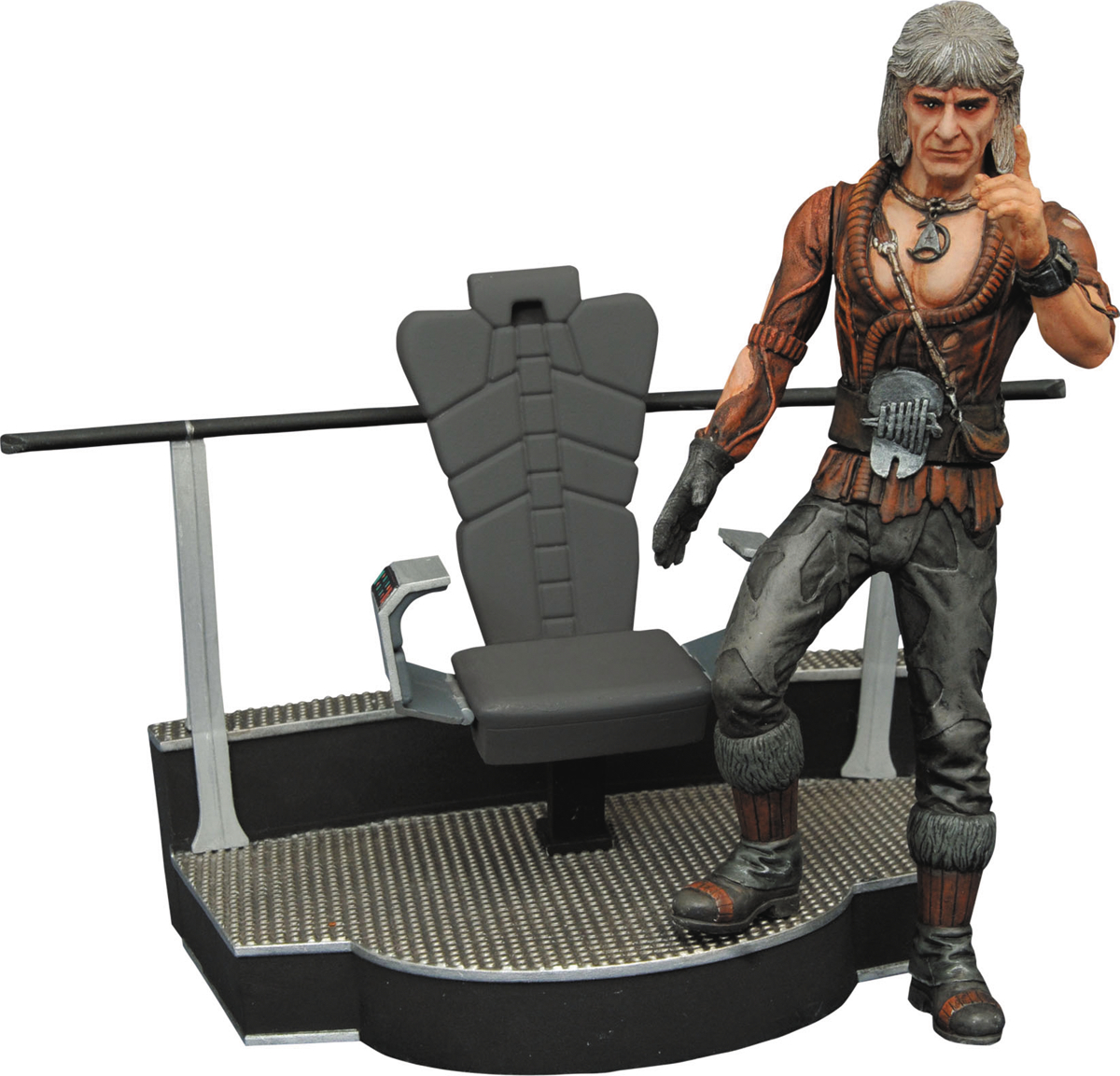 MAY162393
A Diamond Select Toys release! They say revenge is a dish best served cold, but revenge has never been this cool! Measuring approximately 7 inches tall, this action figure of Khan Noonien Singh, as he appeared in Star Trek II: The Wrath of Khan, comes with the command chair of the U.S.S. Reliant, as well as numerous interchangeable parts. With alternate legs, arms, hands and a head, you can have him seated or standing, shaking his fist or crossing his arms, shouting or savoring his victory. Just in time for the film's 35th anniversary, this figure comes packaged in display-ready Select packaging, with spine artwork for easy shelf reference.
In Shops: Dec 21, 2016
SRP: $24.99
ORDER WISH LIST